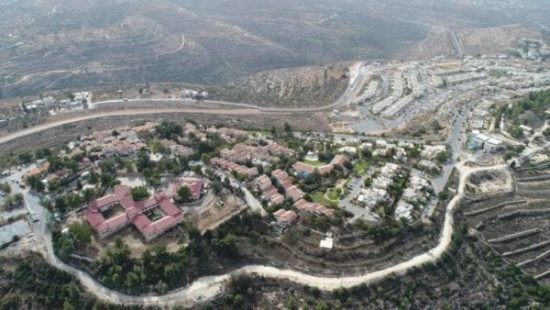 Around 1,100 housing units were approved for construction in Gush Etzion, just south of Jerusalem, including in the communities of Pnei Kedem, Kfar Eldad, Metzad, and Har Gilo.

In addition, two other plans are up for approval for 560 units in Har Gilo and another 120 in Pnei Kedem, a community which after 20 years of existence will now be recognized officially in the Land Registry.

Another 200 units were approved for construction in the communities of Telem and Shim’a in the Har Hebron area.

The Higher Planning Council convened after over eight months of inaction which created a de facto building freeze in Judea and Samaria. A pressure campaign on Prime Minister Benjamin Netanyahu brought to this breakthrough.

Gush Etzion Regional Council Head Shlomo Ne’eman stated that “the mission of developing the communities in Judea and Samaria continues to be one of the key issues for the State of Israel and the entire nation in this era, and we are grateful for the right to be at the forefront here in Gush Etzion.”

Relating to the apparently successful pressure campaign, he said that “sometimes we take our Prime Minister to task, which we feel is justified, as a result of our disappointment in postponing the application of sovereignty over our country. But now something tangible is happening – we are building and developing our communities.”

The highlight is the full registration in the Land Authority of the community of Pnei Kedem, he said.

“Sovereignty isn’t just about legal documents as important as they may be. Sovereignty is about more and more Jews who establish their homes in the land of their ancestors for now and forever. And for that, a big thank you and congratulations are due to Prime Minister Netanyahu, who despite being busy with his intense involvement in current issues, is also advancing strategic plans to strengthen our hold on Judea and Samaria,” he concluded.

Netanyahu declared earlier this month that he has instructed the Higher Planning Council to approve 5,400 units.

The Peace Now organization, which opposes Israeli presence in Judea and Samaria, estimates that a total of 4,430 housing units are slated for approval in the near future.

It is set to make 2020 the highest year on record in units in “settlement” plans promoted since Peace Now began recording in 2012, the organization said.

According to Peace Now, the approved plans include a massive plan for Eli, including extensive retroactive legalization of construction in the community.

For just $100 per month you can bring the gospel to 10,000 homes. Join us as media missionaries! GIVE NOW
VIEW COMMENTS
« Actor Adan Canto Says New Movie ‘2 Hearts’ Speaks Of Value Of Life The Voice 2018 Winner Shares Own Rendition Of ‘How Great Thou Art’ And It’s Beautiful »