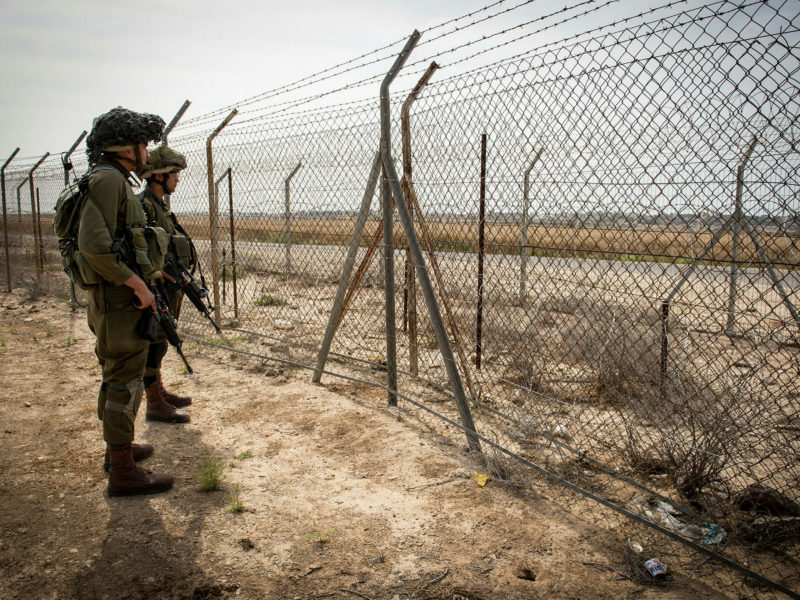 The IDF has lifted all restrictions across the Gaza border communities, which were implemented following Wednesday’s rocket attack in Beersheba. The decision was made following a five hour long emergency meeting by Israel’s Security Cabinet at the Prime Minister’s Residence in Jerusalem.

On Thursday morning, the IDF announced that following an “assessment, it was decided to lift the defensive restrictions in the area adjacent to the Gaza Strip.”

During Wednesday night’s Cabinet session, Israel’s senior ministers discussed how to respond to the Wednesday morning incident that saw an explosive rocket with a 20 kilogram payload that was launched from Gaza hit a house in Be’er Sheva.

While the majority of ministers pushed for a significant Israeli response, there was not widespread support for action that could potentially drag Israel into a full scale military conflict with Hamas.

In the minority opinion was Defense Minister Avigdor Liberman, who reportedly pushed for a full-force response by the IDF.

“They’re always telling us that Hamas didn’t mean [to fire the rocket]. Even in the 30s, they said Hitler didn’t mean it. In the 70s they said it about Khomeini and we know how that ended” said Liberman, adding that “when Hamas says [they want to destroy Israel], they mean it.”

Opposing Liberman, a source within the Cabinet accused the Defense Minister of warmongering as part of his political rivalry with Jewish Home Chairman Naftali Bennett, with which Liberman is competing for right-wing votes. “[Liberman] is demanding that we go ‘all the way’ because he knows the Cabinet will stop him,” he said.

Furthermore, ministers have accused Liberman of purposefully escalating the situation in Gaza, citing a decision by the Defense Minister to stop all fuel shipments from entering the Gaza strip, including the newly purchased Qatari funded fuel, without discussing the move with the other ministers or the prime minister.

“He is trying to escalate things to the point of a conflict,” said one Cabinet minister, “He put the entire Gaza Strip on an hourglass.”

On Thursday morning, Opposition Leader MK Tzipi Livni criticized the government’s decision making process in regards to Gaza, as well as the decision to deal with Hamas. Speaking to Israel’s Kan Bet Radio, Livni said that there was a solution to the crisis in the Gaza Strip as early as 2014, during Operation Protective Edge, which according to Livni, Prime Minister Binyamin Netanyahu decided not to adopt.

“There was a solution which I brought to a vote during Protective Edge, but Netanyahu chose not to adopt it,” said Livni, “I drafted a proposal, which Jordan, Egypt, the Americans and other countries were on board with. The UN Security Council was about to vote on a decision which sole purpose was to demilitarize the Gaza Strip and rehabilitate it both financially and from a humanitarian standpoint. The objective was that Hamas would not benefit from it, and that the Palestinian Authority would gradually return to power in Gaza.”

“That did not happen,” Livni continued, “I was with Netanyahu in the room, the Americans were waiting for an answer, and Netanyahu said ‘why do we need this?’. Well, this is why we need this.”

For just $100 per month you can bring the gospel to 10,000 homes. Join us as media missionaries! GIVE NOW
VIEW COMMENTS
« Security Cabinet Instructs IDF To Step Up Response To Gaza Attacks Friday’s Protest Could Lead to an Escalation Despite Lack of Interest from Israel and Hamas »