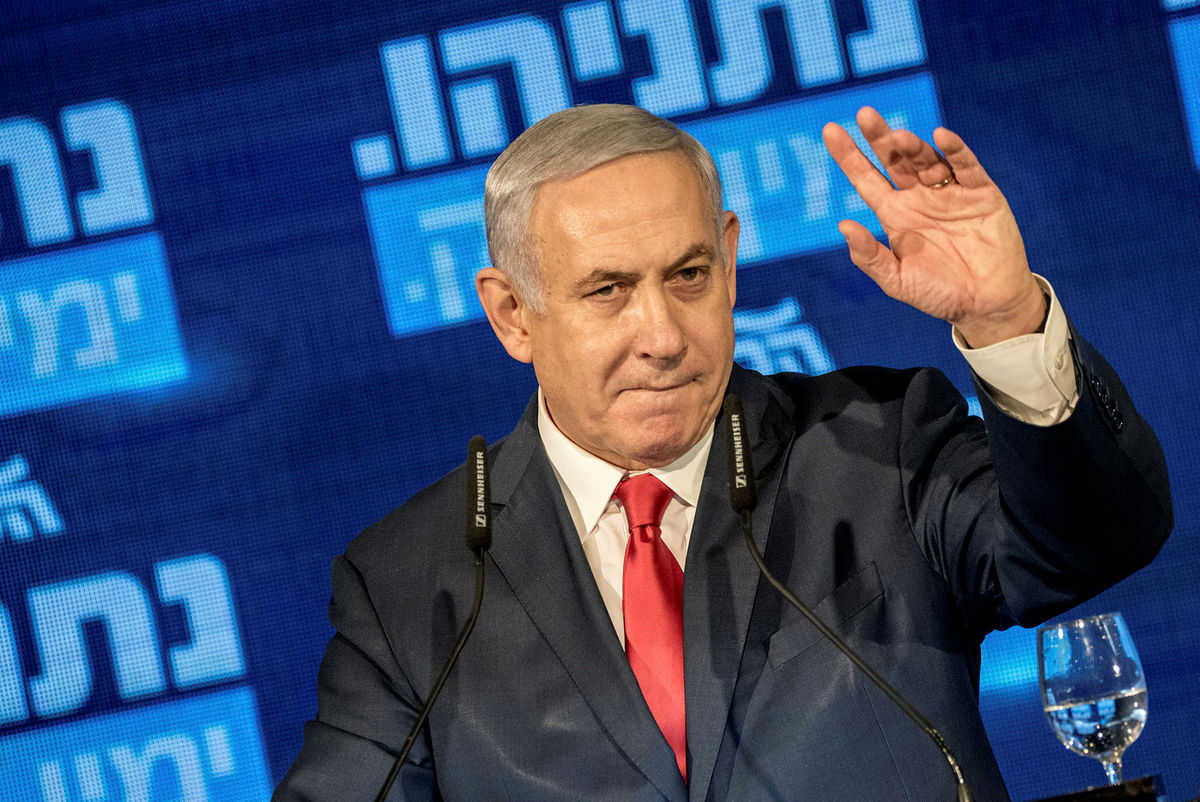 Aryeh Savir of TPS reports on the 2019 election for the 21st Knesset:

The exit polls of the 2019 elections for the 21st Knesset show that Prime Minister Benjamin Netanyahu is the leading candidate to form the next government.

The exit polls show that while Blue and White is the biggest party with one more seat in the Knesset, the Likud has bigger chances of establishing a coalition of 64 members, with a minority of 56 on the left.

It should be noted that the exit polls last elections in 2015 failed to predict the actual outcome of the elections.

Similarly, the exit polls do not take into consideration the soldiers’ votes, which are usually more to the right and can a boost to the right-wing parties.

“As of roughly 7:30 p.m. EST on Tuesday, all three Israeli main TV channels predicted that Israeli Prime Minister Benjamin Netanyahu would again head the new government, likely forming a coalition with his Likud party and other right-wing parties including Shas, United Torah, Yisrael Beitenu and United Right,” says the DailyWire.

The Guardian has reported that Netanyahu has claimed victory and thanked supporters, “for putting their trust in me…and even greater trust than before… I am very moved this night. This is a night of tremendous victory. Tremendous! God bless for keeping us and maintaining us to reach this time.”

In gratitude and reverence for the office he holds once again, Netanyahu recited the Jewish blessing “Shehechiyanu” and spoke to the public:

And I want to also tell you something personal. I am very moved that the people of Israel again put its faith in me, for the fifth time and even greater faith. I tell you: it again put its faith in me, and for us and for me, this is unprecedented. When before did we ever get so many seats? I don’t remember. According to the majority of the exit polls, the right-wing bloc led by the Likud will continue to lead the State of Israel in the next four years. And will continue to march the State of Israel toward new heights.

I believe, so I was taught, by my late father Prof. Benzion Netanyahu, and so he was taught by my grandfather of blessed memory, Rabbi Natan Milikowsky Netanyahu, I believe that the Holy One Blessed Be He and history have given the Jewish people another opportunity, a golden opportunity, to turn our country into a strong nation, one of the strongest nations of the world and it is to that end that I do what I do. A strong country, a country in which it is good to live, a country that it is good and safe to live in, for our sake and for the sake of the coming generations, for the sake of the eternal Israel.

I want to tell you that we have a long night ahead of us, perhaps also a long day, and we will wait for the final results… And together, all of us worked as one person, until the last minutes before the polling stations closed, to awaken our public and bring them to the polls, in order to win the battle.

All of you, without exception, brought a lot of heart and soul to the difficult battle. And each and every one of you has an important share in this great achievement. Thank you very much.

Tonight, I already began talks with the leaders of the right wing parties, our natural partners. Tonight, almost all of them already declared publicly that they would recommend that I form the next government, recommend me to our president. I intend to finish the work quickly, with the aim of forming a stable national government.

Great achievements can be credited to us. It’s not always published, to say the least. But the public is smart, the public knows, the public see. Great achievements are credited to us, but I want to tell you, great challenges also stand before us. In security, in economics, in society, in foreign relations; security challenges and also challenges for normalization and peace with the Arab world. This is happening. It is happening even as we speak. Great challenges in all fields. I am certain that with joint efforts we will overcome all these challenges. For that reason I would like once again to thank you from the bottom of my heart.”