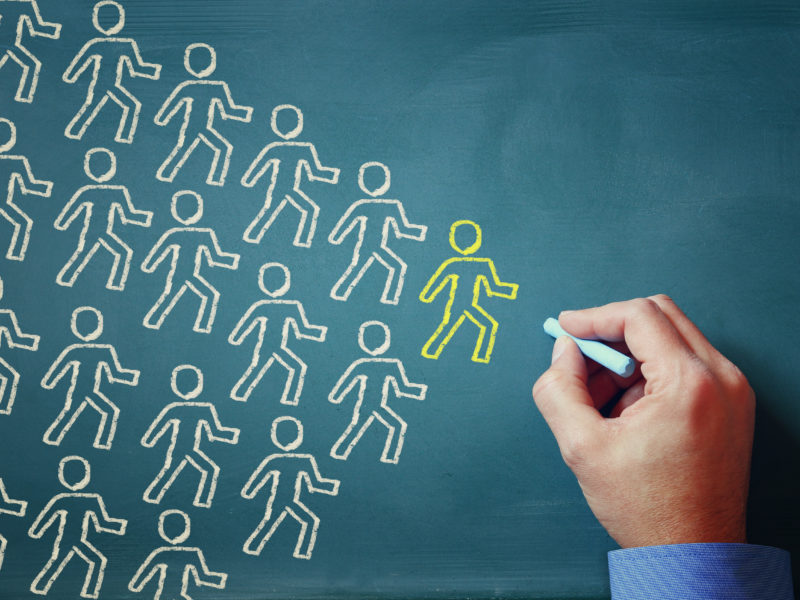 The Greatest Leader of All Time

Jesus is the greatest leader to ever live.  His ministry spanned just 36 months on the earth.  He took the disciples, ordinary men without advanced, if any, education and transformed them into the pillars of Christianity. At least four of the original 12 were rough fishermen with course language and uneducated. But after three years alongside Jesus, they withstood all pressure from the Sanhedrin to stop preaching the Gospel. The religious leaders of the time wondered amongst themselves how this could be and noted the men had been with Christ. Acts 4:13.

So let’s look at just a few of the leadership characteristics Jesus exhibited and apply them to our own lives:

To be a leader of significance you must be able to attract others. Webster defines leading as “to serve to bring (a person) to a place.” The core of this definition is the concept that one must have people to lead if they are going to be a leader. True leaders understand they are servants assigned the task of helping others reach their true potential. The only way for iron to sharpen iron is for the two to come into contact. Ask yourself, in what ways have you been exemplifying a life in Christ? Are you sowing into the lives of others so they can reach their full potential?  What spiritual gifts or strengths has God placed within you and are you sharing them with others?

Jesus understood the importance of relationships. We know from the time he sent the disciples out two by two,  he had at least 72 disciples Luke 10:1. From those 72, we also know he selected twelve disciples for a closer relationship. After a night of prayer, he called them by name and gave those 12 preeminence over the others naming them apostles Luke 6:12-6:16.  And then from the 12 apostles, we know he selected three favored disciples he pulled aside with him on numerous instances of a trial, preparation, and trouble.

So we see the example of Christ forming his inner circle of friends and confidants. Like him, successful leaders must develop and nurture relationships of varying levels, including a few they can trust in complete confidence. Do you have an inner circle of confidants in your life? Can people count on you to be there when they need you? What are you doing to deepen your relationships with others?  Are there people influencing your life that shouldn’t be?

Know Who You Are

Leaders must walk in the confidence of who they are. People are drawn to leaders because they see in them something they know needs to be developed within themselves. And they trust that person has the ability to help them get there. Chaos enters in the doorway of uncertainty and second guesses. During difficult periods followers often question where they are being led. If a leader waivers, followers will offer suggestions on their own destinations.

When challenged leaders must be strong enough in the knowledge of who they are to hold fast to the vision they know has been entrusted to them. Jesus was the greatest leader to ever live, yet He allowed some of His disciples to walk away rather than changing His message.  “From this time many of his disciples turned back and no longer followed him”  (John 6:66).  Ask yourself, who’s influencing who?   Is the vision God gave me still intact? Am I more concerned about what God thinks about me than people?

One of the best lessons I learned in the Army is leaders lead by example. Jesus frequently led by example. At one point the disciples argued amongst themselves over who would be greatest in the kingdom Mark 9:33-34. Unlike John the Baptist, they were still thinking about how they could develop and grow their own personal power base and sphere of influence. Jesus knew from their arguing as they walked along the road they still didn’t get it. So Jesus put on the towel and washed their feet to illustrate true leaders serve others.

Servant leadership is the bedrock of true Christianity.  As you begin to sow into others be sure you keep in mind the point is to help them increase and reach their full potential not grow your power base or build church membership. Items to consider are: Is Christ being glorified in this relationship? Are we both becoming more like Christ? What words of encouragement can I sincerely provide to see them blossom even further?

These are just a handful of leadership traits Jesus portrayed for us to use in our daily walk with him. If we would impact the world as He did, we must walk in the ways He demonstrated for us to walk. We are promised the ability to accomplish even greater works than He Himself did John 14:12. If He accomplished so much in three short years, imagine the possibilities that lie dormant, waiting for our leadership. I challenge you to pray and ask God what you can do to become a better leader in His Kingdom. He has placed you where you are for a reason.  May He open our eyes to the possibilities around us!

For just $100 per month you can bring the gospel to 10,000 homes. Join us as media missionaries! GIVE NOW
VIEW COMMENTS
« God Today: The Four People You Marry Then Are You My Disciples, Part 3: Caring »