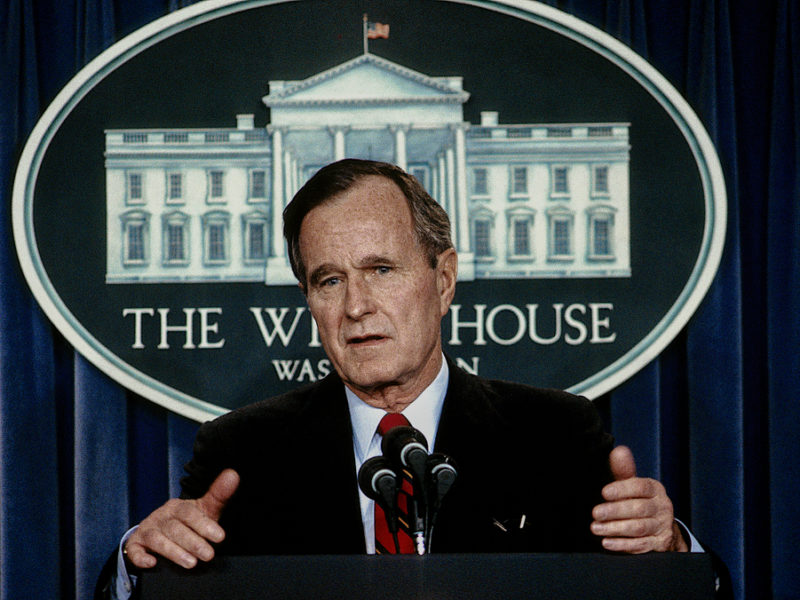 Eight months after the death of his wife, Barbara, the USA’s 41st President George HW Bush passed away on Friday November 30th at the age of 94. He was a World War 2 hero and lived a life of service to his country.  He served as Vice President from 1981 to 1989 and as President from 1989 to 1993. He and Barbara were married for 73 years.

George HW Bush’s presidency included the fall of the Berlin Wall, the demise of the Soviet Union and the first Persian Gulf War.

Following Presidents John Adams and John Quincy Adams, he was the second American leader to see his son follow him into the nation’s highest office. His son George W Bush became the USA’s 43rd president. His second son,  Jeb, served as the 43rd Governor of Florida and sought the Republican presidential nomination in 2016.

Following his father’s death, George W Bush issued the following statement:  “Jeb, Neil, Marvin, Doro, and I are saddened to announce that after 94 remarkable years, our dear Dad has died. George HW Bush was a man of the highest character and the best dad a son or daughter could ask for.

“The entire Bush family is deeply grateful for 41’s life and love, for the compassion of those who have cared and prayed for Dad, and for the condolences of our friends and fellow citizens.”

George HW Bush was a friend of Billy Graham and attended his funeral earlier this year. “Our deepest sympathy to the family of President George HW Bush who passed away late Friday at the age of 94,” Franklin Graham wrote. “President and Mrs Bush were friends of my parents through the years. May God bring comfort to all the Bush family.”

A life of faith

According to The Washington Post, faith played a significant role throughout the life of the 41st president and helped steer the Republican Party towards evangelicalism ‘which changed the country’s landscape’.

According to the book, Religion in the Oval Office, by Gary Scott Smith, “he celebrated the nation’s Judeo-Christian heritage and he viewed family and faith as America’s moral compass.”

He is said to have mentioned prayer in 220 speeches, remarks and proclamations while president. His first act as President was to pray at his inauguration. At the end of his prayer he said: “I do not fear what is ahead. For our problems are large, but our heart is larger. Our challenges are great, but our will is greater. And if our flaws are endless, God’s love is truly boundless.”

The legacy of the 41st president lives on through the George HW Bush Presidential Library and Museum, pictured below. 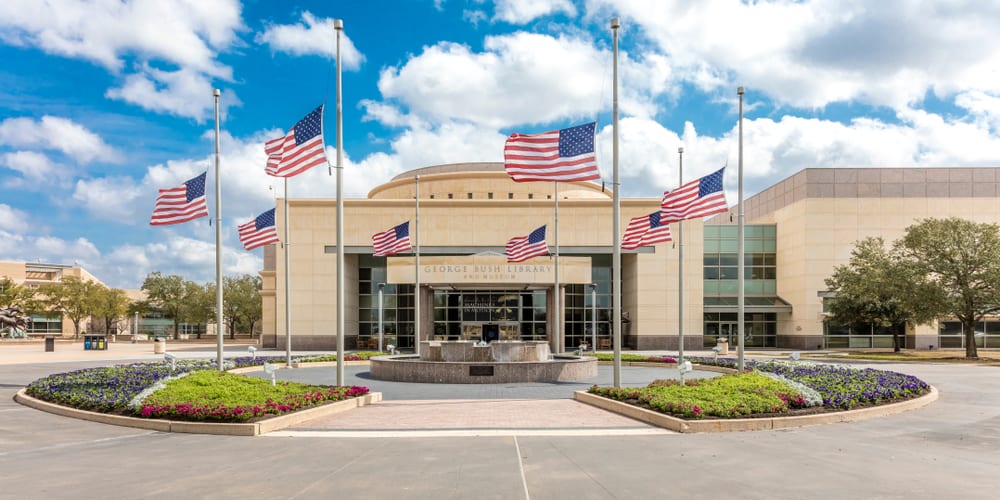 For just $100 per month you can bring the gospel to 10,000 homes. Join us as media missionaries! GIVE NOW
VIEW COMMENTS
« The Wonderful Holy Spirit: 5 Things to Do After The Anointing Lifts Photographer With No Hands And Legs Captures The Most Beautiful Images »