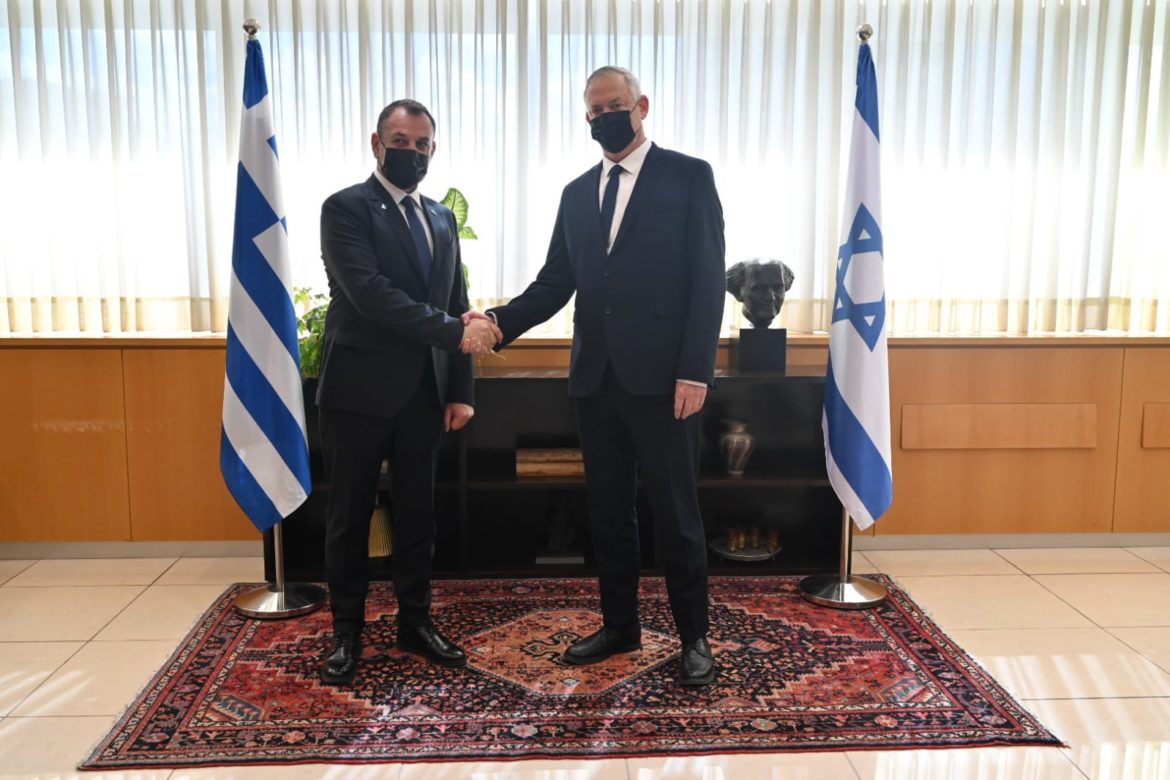 Ahead of the visit, Israel’s embassy in Greece stated that the meeting is “important in exploring new aspects of cooperation. Security and Defense are cornerstones in our bilateral relations and direct contribution to regional security.”

In a joint press conference, Gantz stated that Israel “views Greece as a strong regional partner. As a NATO member, Greece plays a big role in maintaining security and stability in the eastern Mediterranean and beyond.”

“Our cooperation in the areas of industry, force build-up and R&D contributes to the operational advantage and safety of both our countries. Our joint military training and strategic dialogue deepen both our professional and personal bonds,” he declared.

“We value both our bilateral defense relations as well as our work in the trilateral framework, together with Cyprus. This relationship is an asset, and I am committed to further deepening and expanding our cooperation, in any scenario and regional developments,” he said.

Greece, Israel, and Cyprus have established an alliance to counter Turkey. Greece and Cyprus are historic adversaries of Turkey.

Israel in recent years has fostered its ties with Cyprus and Greece, especially on the issue of energy, and has grown distant from Ankara, which has become more Islamic and increasingly anti-Israel.

Israel has a signed deal with Greece and Cyprus to build a natural gas pipeline that will supply gas from the East-Mediterranean region to continental Europe. The EastMed pipeline, the longest underwater pipeline in the world, will connect the Israeli and Cypriot gas fields through Greece to Europe. It is estimated that the project will provide 10% of Europe’s natural gas.

Gantz also commented on the Iranian nuclear threat and the negotiations around a new nuclear deal underway in Vienna between Tehran and the P4+1 powers and said that “while Iranian officials deliver educated remarks in nice suits in Vienna, their proxies continue their aggressive attacks. Just this week we saw a massive attack on the UAE.  Iran’s double-dealing must be brought to the negotiation table. Any international effort must address both the nuclear issue, as well Iranian aggression.”