An Update on Landen Hoffman, The 5-Year-Old Boy Thrown Off The 3rd Floor At The Mall of America | God TV
Articles 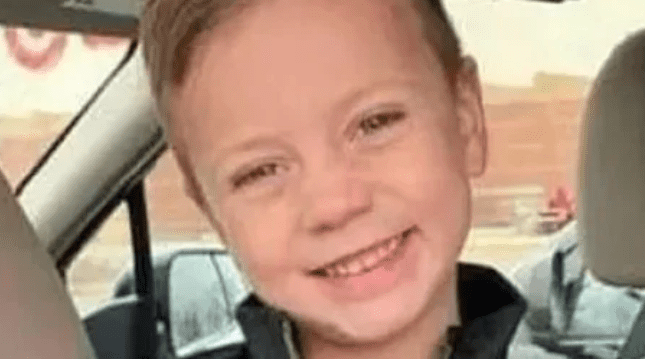 Landen Hoffman is the five-year-old boy who was innocently standing outside the Rainforest Café when a man suddenly threw him off the third floor. He fell 40 feet to the floor below at the Mall of America in Minnesota two weeks ago (April 12, 2019).

In spite of the incident that could have killed him, doctors have reported that Landen is doing much better than expected.

The family has provided an update on the boy’s recovery, saying in a statement that he remains in intensive care. “Our son remains under sedation and close monitoring as we patiently allow him to heal.”

It Was Truly A Miracle!

Pastor Mac Hammond, the Hoffman Family’s Pastor, visited the family at the hospital. During his Easter Sunday sermon, he testified about Landen’s miraculous escape.

He shared the good news to his congregation saying that Landen suffered zero brain damage and there was no even swelling on the brain. He says that the doctors are saying it is truly a miracle!

Just imagine yourself falling 40 feet to the floor below… And surviving that ordeal without brain damage?  Landen’s narrow escape is extraordinary.

24-year-old Emmanuel Deshawn Aranda was captured by the police on a train leaving the mall and charged with attempted homicide after admitting that he threw Landen off the balcony.

This is not the first time he has committed crimes like this; he has two prior assault convictions from 2015.

While Landen’s family never stops praising God and are trusting Him for the boy’s fast recovery, they are also grateful to all those who are supporting them in prayer.  They show great faith in spite of all that has happened.

Let us support the family through our prayers. May Landen recover completely and be able to put all the trauma behind him.

Read Also: Child Survives Being Thrown From 3 Story Balcony In Mall Of America – Physicians Call It A Miracle!

For just $100 per month you can bring the gospel to 10,000 homes. Join us as media missionaries! GIVE NOW
VIEW COMMENTS
« Tim Tebow’s Mom, Pam Shares How To Be Influential As You Create “Ripple Effects” In the Middle of the Middle Trimester »