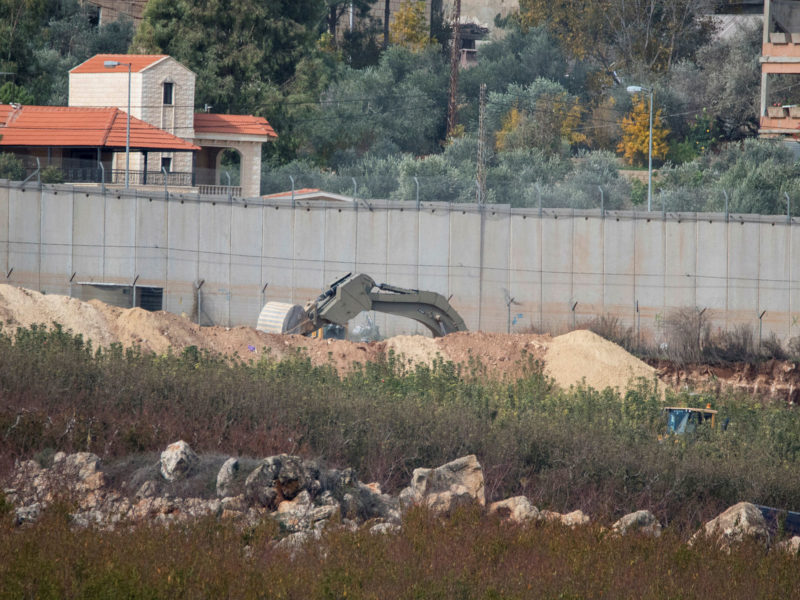 The Hezbollah terror organization is planning a massive attack on Israel in the near future, and Israel should be prepared for an attack from the Gaza Strip as well, analysts in Israel and the Arab world estimate.

Speaking from a bunker in Beirut on Sunday, Hezbollah Secretary-General Hasan Nasrallah said that Israeli troops on Lebanon’s border should “stand on a leg and a half and wait for our response which may take place at any time on the borders and beyond the borders.”

Analysts who watched Nasrallah’s address and have monitored his actions over the years say he does intend to act on his threats.

He was responding to the Israeli Air Force’s (IAF) attack on Iranian terror targets in southern Syria that prevented a “pending, large-scale attack of multiple killer drones.”

The IAF struck Iranian Quds Force operatives and Shiite militia targets in Syria in the town of Aqraba, situated south-east of Damascus. Hezbollah operatives Hasan Yousif Zbib and Yasir Ahmad Dahir were killed in the strike.

The Iranian-led forces were planning to launch armed drones at Israeli targets in the coming days, the IDF said.

Israeli analyst Yoni Ben Menachem believes that Nasrallah is preparing the ground for an attack on Israel, that he intends to follow through with his threats, and that he is currently planning the assault with his military chiefs.

Ben Menachem further thinks that the attack will not be a limited strike as in similar incidents in recent years, but will be “on the borders and beyond the borders,” a much broader assault.

A significant attack by Hezbollah on Israel will elicit a strong response from Israel that will hit Lebanon in its entirety. Such events could lead to a regional war.

Ben Menachem, an analyst with the Jerusalem Center for Public Affairs (JCPA), also estimated that an attack from Lebanon will ignite another front with Hamas and the Islamic Jihad in the Gaza Strip. The two terror organizations are committed to a form of defense pact with Iran.

A Hamas delegation, led by Hamas deputy chief Saleh al-Arouri, visited Tehran in July and agreed with the Iranian leadership on “a new unified front” against Israel, which includes Hezbollah, the Iran-backed Houthi rebels in Yemen, and Shi’ite militias in Iraq.

Hamas leader Ismail Haniyah sent a letter to Iran’s leadership with the delegation pledging Hamas’ allegiance in an event of an attack by Israel or the US.

Ben Menachem said that Israel must, therefore, respond forcefully to any aggression emanating from Gaza, as Hamas will commit its entire arsenal to a war on Israel if the latter clashes with Hezbollah or Iranian forces.

“Israel must be prepared for a military front in the north and simultaneously in the south. The Iranian octopus will activate all its tentacles in an event of a confrontation with Israel, which must be well prepared,” he wrote Tuesday.

He suggested that Israel consider a preemptive strike against potential threats.

The IDF issued stringent and limiting guidelines to IDF forces operating on the border with Lebanon to minimize Hezbollah possible targets.

Prime Minister Benjamin Netanyahu stated Tuesday that he “heard Nasrallah’s words. I suggest Nasrallah relax. He knows very well that the State of Israel knows how to defend itself and how to pay back its enemies.”

“I want to tell him and the Lebanese state, which is sheltering this organization that aspires to destroy us, and I also say this to [Iranian General] Qassim Suleimani: be careful with your words and be even more careful with your actions,” Netanyahu said.

For just $100 per month you can bring the gospel to 10,000 homes. Join us as media missionaries! GIVE NOW
VIEW COMMENTS
« Israeli Hi-Tech Sector Expands, Grows to More Than 300,000 Workers Israel Busts Massive Drug Shipment in Route to Gaza »