Ancient Biblical Wedding: What Can We Learn? | God TV
Articles 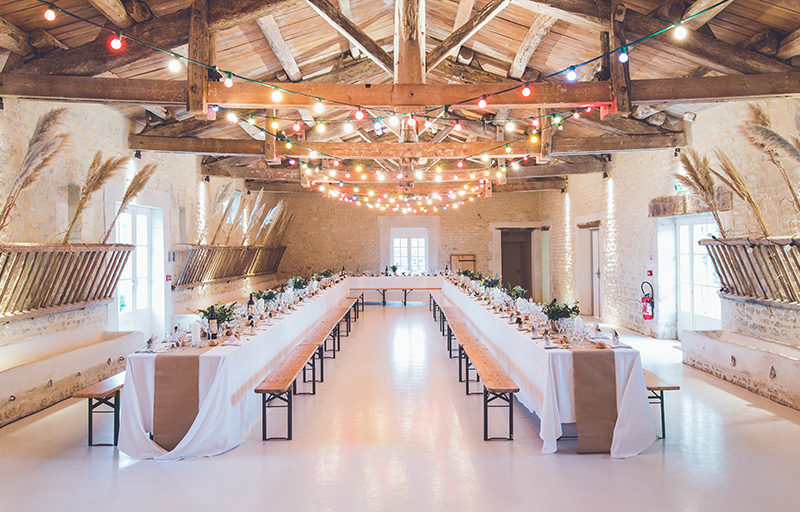 What can we learn from the Ancient Biblical Wedding? Marriage in ancient biblical times was very different to nowadays and there is a lot we can learn. Nowadays it is all about the bride and groom, whereas in ancient times it was all about negotiations.  From Old Testament times up until the Middle Ages, as a rule, fathers arranged matches between families. 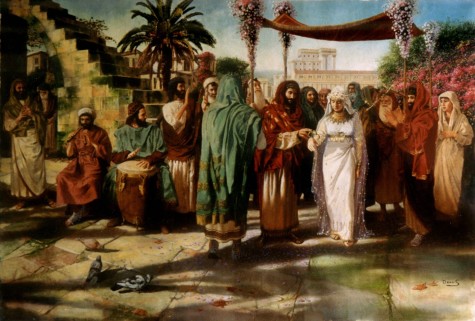 In an ancient Jewish wedding, a dowry – or bride price – would have been paid to the father of the bride-to-be following negotiations. If the father of the bride had died, close family members such as a brother and/or mother would step-in. This dowry was called the ‘mohar.’ This was not necessarily a cash deal either. Sometimes it was paid in kind, or in service.

Jacob’s seven-year service for the hand of Rachel comes to mind. Although for Jacob it turned into a fourteen-year stint because of Laban’s deceit! (Genesis 29:18-30)

Genesis also describes the story of Abraham’s servant who sought a union between Isaac (Abraham’s son) and Rebekah.  It tells us in Genesis 24:53,

“Then the servant brought out gold and silver jewelry and articles of clothing and gave them to Rebekah; he also gave costly gifts to her brother and to her mother.”

The gold and silver jewelry and clothing were Rebekah’s ‘mattan’ – her gifts from the groom. The additional gifts to her brother and mother, were called the ‘mohar.’ Chiefly because Abraham was an extremely wealthy man at the stage. The entire process is portrayed perfectly in this chapter. In these ancient of days, marriage was not really about two individuals but about the agreement between two families.

As well as the mattan from the groom, and the portion of the mohar from her father; the daughter could expect a field or other property as well as female slaves. This additional property could only occur if the father was wealthy.

Let’s now skip to the New Testament. Over the years Mary and Joseph have been portrayed as somehow ‘not married,’ when Mary conceived of the Holy Spirit. It has been interpreted that they were only engaged – as in a modern time concept. However, right up until the Middle Ages, marriage consisted of two ceremonies within the Jewish communities. That meant two celebrations with an interval in-between.

The betrothal/engagement or ‘erusin’ meant that the woman was in fact legally married. In ancient times she remained in her father’s house for a about a year. She could not belong or have relations with another man unless she was divorced from her betrothed. In Matthew 1:19 we read,

“Because Joseph her husband was faithful to the law, and yet did not want to expose her to public disgrace, he had in mind to divorce her quietly.”

Therefore, we know that the first ceremony, the betrothal, between Joseph and Mary had taken place, From that moment, their relationship could only be broken by a divorce. It is important to note that although the wedding ceremony had not yet taken place, Joseph is referred to as her husband.

The second ceremony called the ‘nissuin’ was a colorful procession that would lead the woman from her father’s house to the house of the groom. A marriage ceremony would take place and as would the consummation of the marriage.

In these ancient times, the betrothal was considered more important than the wedding. This was because the marriage was based upon the purchase of the woman. Again, looking at the scenario of Joseph and Mary we can read in Matthew 1 verse 24,

“When Joseph woke up, he did what the angel of the Lord had commanded him and took Mary home as his wife. But he did not consummate their marriage until she gave birth to a son. And he gave him the name Jesus.”

Also, it is important to note that prior to ‘taking Mary home’ or the wedding taking place, Joseph is referred to as her husband.

What did we learn?

When you study the scriptures, do you tend to read them at face value? Set against modern traditions? Would it not be more interesting to read the scriptures with the Hebraic roots in mind?

If we look at the Word, for instance, regarding marriage and weddings with what it meant to the Jewish people in those days, it sheds a whole new light on God’s Word. Weddings and wedding banquets occur a lot in the scriptures. Jesus said this,

“The kingdom of heaven is like a king who prepared a wedding banquet for his son.” Matthew 22:2.

Therefore, let us delve deeper into the meaning of the Word of God. Look up the scriptures? Embrace the Hebraic roots and what it meant to His people and ask yourself, what is God really trying to show me here, through His Word?

And remember in Revelation 19:7 it is written,

“Let us rejoice and be glad and give Him glory! For the wedding of the Lamb has come, and His bride has made herself ready.”

For just $100 per month you can bring the gospel to 10,000 homes. Join us as media missionaries! GIVE NOW
VIEW COMMENTS
« 7 Ways to Cultivate Sensitivity to the Holy Spirit Sugar-Free Blueberry Muffins & 5 Ways To Ensure You Will Be Miserable »