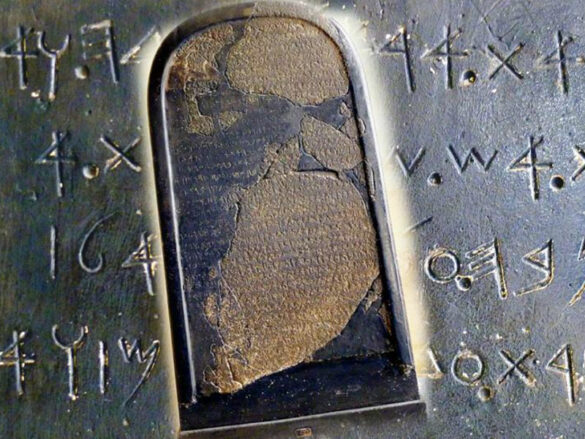 An ancient Moabite stone displayed in the Louvre Museum in Paris with written text mentioning King David in the Bible is now confirmed by researchers and scholars.

The Biblical Archaeology Society recently reported an update about an ancient stone displayed in a museum in Paris. The stone is called “Mesha Stele,” a stone believed to have existed during the ninth century BCE. According to the report, King Mesha of Moab inculcated his military victories on the stone “including Israel and possibly Judah, called the ‘House of David.’” 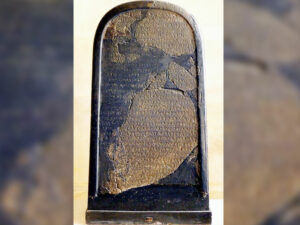 It was 1868 when archeologists unearthed the broken Moabite Stone in Jordan. The place is “about 15 miles east of the Dead Sea.” It “measures about three feet tall and two feet wide.” It also has “34 lines” carved extinct Moabite text on it. And speculation about a particular event in the Bible is believed to be found in the 31st line. However, researchers could not confirm for many years because the ancient stone “sustained further damage in 1869.” Hence, it became even more difficult for archeologists to decipher the written text accurately.

Deciphered The House Of David

Thankfully, before the Mesha Stele further broke, archeologists secured the inscription with “paper-mache likeness of the text.” So, today, researchers could finally confirm using advanced technology that the text indeed refers to King David. Apparently, it “described events in the Book of Kings from the Old Testament.” It mentioned the “House of David” and the “Altar of David.”

Further, other scholars dated the Moabite stone to 840 BCE and referenced it to the events that unfolded in 2 Kings 3 in the Bible. 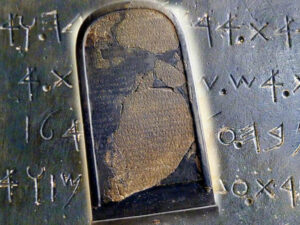 Moreover, here’s what they discovered, according to the report:

“The “House of David” reference consists of five letters: btdwd (bt = “house of” and dwd = David). The first and fourth letters, bet and waw, were visible beforehand. Lemaire and Delorme see traces of the other three letters, taw, dalet, and dalet, on the new images. To them, the reading “House of David” is now set it stone.”