BREAKING
Lay Aside The Old Self
Ben And Jerry’s Staying In Israel, But Founders Aren’t Doing The “Chunky...
Israel Has a New Prime Minister
STAND WITH UKRAINE
Home Articles What Anne Frank Can Teach the Modern Church

What Anne Frank Can Teach the Modern Church 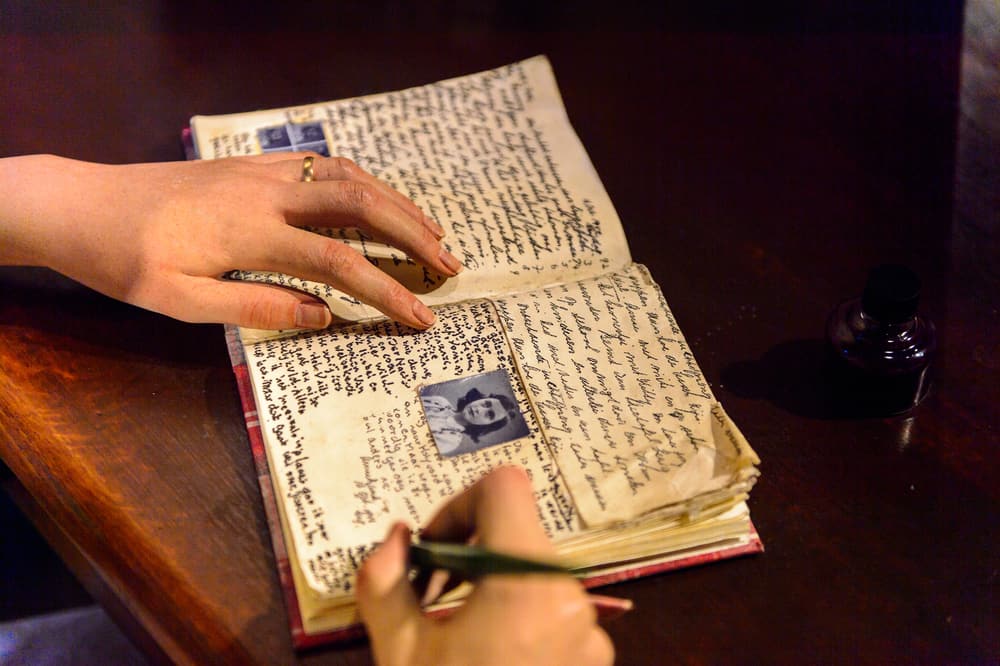 My family and I recently visited the Anne Frank House and Museum in Amsterdam, Netherlands. It was very sobering for me to walk through the Secret Annex. I had read The Diary of Anne Frank several times in middle school, but to visit the warehouse where her family was hiding brought a flood of emotions. It shows the indomitable human spirit to do whatever it takes to survive and overcome, but it also reveals the savagery that humanity can show toward others.

During the tour, one can look up into the attic where Anne and the others in hiding would go look out at the city. Not too far from this location is the Westerkerk church. I couldn’t help but wonder what, if anything, the Christian church did to help her family? In her diary, Anne Frank mentions how the clock tolls from the church were comforting to her. She said, “I liked it from the start; it sounded so reassuring, especially at night.” But besides the reassuring sound of bells chiming, where was the church during these perilous times to feed, clothe and rescue her friends and family?

There is a sign at the Anne Frank House that says, “Silence is acceptance.” This struck me deeply, as some places in our world are seemingly on the verge of chaos. Christians are being martyred in the Middle East, children are struggling for air as their government is using chemical weapons on them. Rioting and racial tension are running rampant.

Every Christian should know that God created mankind in His image, according to Genesis 1:27. This means that every person has value. When we are in Christ, we are reflecting Him to the world as we are transforming into His likeness according to 2 Corinthians 3:18. This is accomplished by the Holy Spirit.

Every human being has priceless value as God formed each of us in our mother’s womb (Ps. 139:13). Just meditating on how intricately and beautifully He made us should draw us to prayer. But it should be motivating us to make sure no one is being treated unfairly. The Church should be at the forefront of loving everyone and speaking out against injustice and cruelty.

I think that we are guilty of being silent and that many Christians lack the courage the disciples of Jesus had after Pentecost. We are silent when we see the images of poverty from the slums of India. And we are silent by the image of the young girl posting pictures of her scars from cutting. An image of a child suffering in a war is alongside a picture of what someone just ate for dinner. And we keep scrolling.

Horrendous events and images no longer stop us in our tracks as we continue to scroll through our social media feed. Overloading our senses with images of where our friends are. Our society is over-informed but unmoving to act.

We have the convenience to close out our app and go on with our lives, unchanged in the moment. During World War II, groups of people were mocking, ridiculing and beating people in public, and others just kept walking by. In the 1800s, some people preached the gospel but bartered for slaves. This is tragic and should never happen again, but we are guilty of the same.

If you saw someone bullying someone else on social media, would you speak up or keep scrolling? Or if you witnessed a fight in public, would you call the police? Would you record it hoping that it goes “viral” on your YouTube channel? Or do you yell at the police for doing their job?

What the world needs is a heart change. This can only come about by a real and authentic encounter with the risen Lord. As friends of God, we are to spread His love to all people and carry His kingdom everywhere we go. We need the courage that the apostles had after Pentecost.  It is an empowerment to expand the kingdom of God on Earth.

The Lord’s Prayer says, “Your kingdom come; Your will be done on earth, as it is in heaven” (Matt. 6:10). When we share the love of Christ and His message of hope, the Spirit draws people to Jesus. Hearts are transforming. And as we walk in the authority He has given us, we are participating with Him to bring heaven to earth.

The positive news is that by His Spirit, culture is changing for His glory. And we must do whatever it takes to help a hurting world, showing love and dignity to all people.

The church is the light of the world and should expose the darkness. It must not be silent when things are wrong. The Bible is our source of truth as the Spirit of God empowers us to be courageous. We are always to be speaking up to save lives. Seeing culture transformed as the kingdom of God comes to earth through us. We must reveal God’s love to every human being, speaking life and destiny to them. Empowering them to see how much God treasures them.