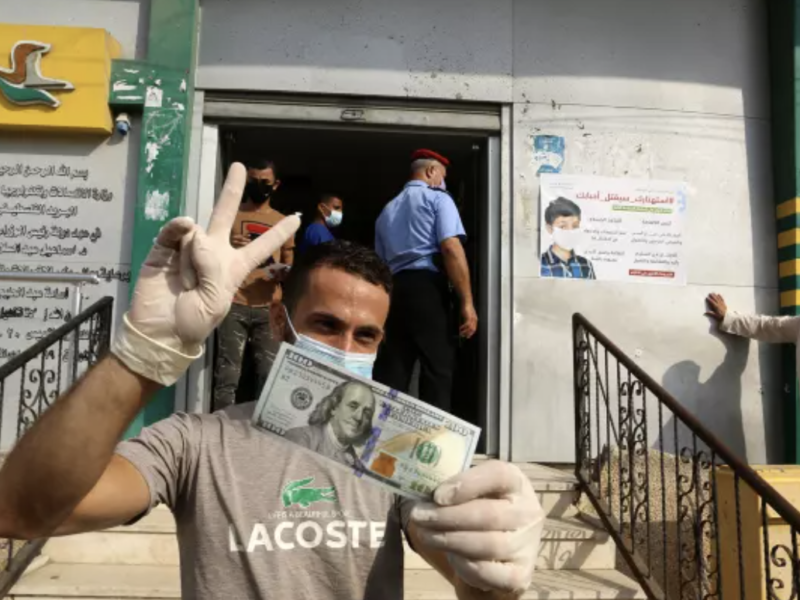 Another significant diplomatic setback to the Palestinian Authority – Qatar is refusing to grant the PA a loan that will be repaid from the tax funds collected by Israel on behalf of the PA, and has conditioned the grant of such a loan on the resumption of security coordination with Israel, various Arab and PA sources report.

As previously reported by TPS, the PA has asked Qatar to grant them a loan in exchange for the tax funds that the PA has refused to receive from Israel since it severed its ties with the Jewish state, in protest of Israel’s plan to declare sovereignty in parts of Judea and Samaria.

The PA asked the Qataris to view the tax money held by Israel as a guarantee to repay the loan, and the PA’s Minister of Civil Affairs Hussein al-Sheikh recently visited Qatar and asked for a loan of $300 million but his application was denied.

The Qataris, according to various sources, are now making the loan conditional on the renewal of security coordination with Israel.

A senior PA official denied in a conversation with TPS the claim that the PA applied for a Qatari loan in exchange for the tax funds.

Arab sources point out that the Saudis have also refused to provide the PA with an “economic safety net” and also reiterated that the PA must first renew security coordination with Israel.

In recent days, senior PLO and Palestinian Authority officials have complained about their failure to obtain the “economic safety net” that the PA requested from Arab states several years ago.

The PA has asked for $ 100 million a month and now Ramallah believes that the refusal by Qatar and Saudi Arabia is due to American pressure to push the PA into the US-formulated Deal of the Century peace plan.

The PA severed its ties with Israel in May, and since then, the Authority has refused to accept the monthly taxes in the amount of NIS 650 million and a loan of NIS 800 million, which Israel approved for them to contend with the Coronavirus (COVID-19) pandemic.

The Palestinian Authority has accumulated some NIS 4.5 billion in taxes collected on its behalf by Israel, but it still refuses to accept the money. A PA source told TPS that the Authority will soon have to apply for a loan from the World Bank.

Recently, relations between the Palestinian Authority and the Arab League have deteriorated, after it refused a Palestinian demand to condemn the peace agreement between Israel and the United Arab Emirates and even refused to hold an emergency discussion on the issue.

The position of Qatar and Saudi Arabia is highlighted following the normalization of relations and the signing of peace agreements between Israel and Bahrain and the Emirates.

“The PLO funds are also being depleted following the economic crisis in the PA,” said Azzam al-Ahmed, a senior Fatah official.

According to PA sources, Saudi Arabia is outstanding in the absence of any assistance on its behalf to the Palestinian Authority and only Algeria still transfers small sums of money.

The PA even approached China for loans and recently received tens of millions of dollars from the European Union to pay salaries. Sources indicate that Saudi Arabia has until recently transferred funds to the PA’s security services.

Professional sources in the PA, including PA Prime Minister Mohammad Shtayyeh and Minister of Finance Shukri Bishara, recommended to Abbas that he receive the money from Israel following what is being perceived as the “removing of the threat of annexation,” Israel’s indefinite postponement of its plans to declare sovereignty in Judea and Samaria.

However, according to sources, Abbas is still refusing to receive the funds until the publication of an official Israeli statement on the cancellation of the Deal of the Century peace plan and the annexation.

For just $100 per month you can bring the gospel to 10,000 homes. Join us as media missionaries! GIVE NOW
VIEW COMMENTS
« ‘The Voice’ Winner Pastor Todd Tilghman Says His Ministry Has Grown And Changed Former Albanian Minister Becomes First Muslim To Join Org That Fights Anti-Semitism »