Anti-Israel Saeb Erekat On Life Support, But Alive, Thanks To The “Zionist Enemy”—Israel! 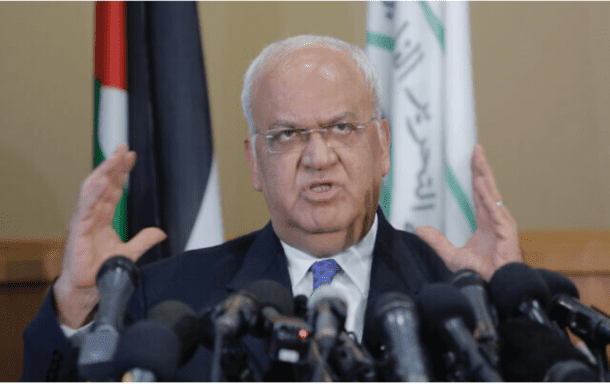 This is Saeb Erekat and he has been the top negotiator for the corrupt Palestinian Authority since the 90s. He has COVID-19 and was in critical, but stable condition. May God touch him and reveal the truth to him!

But there is another point to be made here. I want you to see the difference between Israel and the Palestinians, Syrians, Iranians, etc. You see Mr. Erekat is now run of the mill Palestinian.

Erekat, 65, has been one of the Palestinians’ most recognizable faces over the past several decades, serving as a senior negotiator in talks with Israel. He was also a senior adviser to late Palestinian leader Yasser Arafat and current Palestinian Authority President Mahmoud Abbas. (Times of Israel)

After contracting Coronavirus, his suffered complications. But instead of going to a Palestinian hospital (and probably dying because they have invested in terror instead of their people) he was taken to a hospital in Jerusalem after the Palestinian Authority requested that Israel save his life. Israel is giving him top medical care.

Erekat, who was rushed to Hadassah Ein Kerem Medical Center in Jerusalem two days ago, was being supported by an extracorporeal membrane oxygenation (ECMO) machine, as well as a ventilator.” (Times of Israel)

Over the years this man has attacked Israel, sowed seeds of division, supported Arafat and he is a #BDS supporter. He once accused Israel on the international stage of murdering 500 Palestinian civilians, when it fact, it was 50 terrorists, after a suicide bombing during a Passover celebration that murdered 30 Israelis and injured 140 others. The IDF went into the city of Jenin to get the terrorists…and they did.

But as he found himself in poor health, Mr. Erekat asked to be taken to an Israeli hospital—the enemy! And we took him. And he is getting great healthcare. With one lung and having survived a heart attack, things are not looking good for him. But thank GOD that he has “enemies” who are fighting to save his life, so he can continue to spread hate against Jews.
This is why I love my country! And really, let’s pray for his survival.

“Say to them, ‘As surely as I live, declares the Sovereign LORD, I take no pleasure in the death of the wicked, but rather that they turn from their ways and live. Turn! Turn from your evil ways! Why will you die, people of Israel?’” (Ezek. 33:11) Turn Saeb! Turn!