Antisemitism On The Rise As Holocaust Survivors Remember Kristallnacht 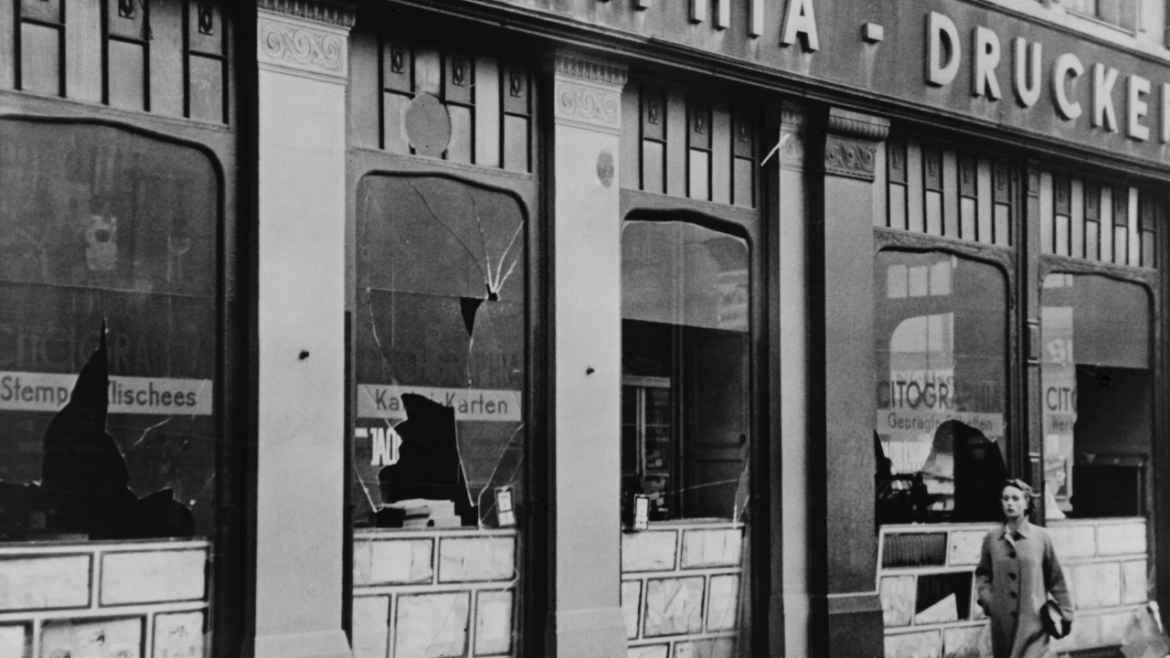 On November 9-10, 1938, Nazis terrorized Jewish communities across Germany and Austria in what became known as “The Night of Broken Glass”—Kristallnacht. It was 84 years ago this week, but for the few remaining survivors of the Holocaust, the memories are still vivid and serve as a stark reminder of antisemitism’s end results when it is unchecked and fanned into flame. The Nazis were celebrating, shockingly enough, the birthday of the reformer Martin Luther. Of course, they were not celebrating his 95 theses, but his antisemitism, where he recommended the persecution, explusion and even murder of misbehaving Jews.

And it all began with words…

This is why several Holocaust survivors have started the #ItAllStartedWithWords campaign to raise awareness among the younger generations of the atrocities of the Holocaust and how the antisemitic rhetoric today is frighteningly similar to what they witnessed before World War II.

When the Nazi rioters went on their rampage throughout Germany and Austria 84 years ago, they destroyed 7,000 Jewish businesses, 267 synagogues, and arrested 30,000 Jewish men and put them in concentration camps.

“It started for me when I was eight years old, and I could not understand why my best friends were shouting bad names at me,” said Eva Szepesi, a 90-year-old Holocaust survivor, remembering how her childhood friends turned on her because she was Jewish and started spewing hate-filled words. Szepesi was eventually sent to Auschwitz when she was 12. She miraculously survived, but her parents and brother did not.

“With the growing prevalence of Holocaust denial, distortion and hate speech on social platforms, the core message behind the #ItStartedWithWords campaign becomes even more important: the Holocaust did not start with camps, ghettos and deportations; it started with words of hate,” said Greg Schneider, one of the driving forces behind #ItStartedWithWords.

These eyewitnesses to the tragedies and travesties of the Holocaust are passing away, their numbers dwindle each day. Already, the youngest generations around the world have no idea what the Holocaust was about, or worse yet, they have no knowledge that it ever happened.

Antisemitism in the US in 2021 was the highest on record, increasing 34 percent over the year before.

In a show of solidarity with Israel and to raise awareness of the rise of antisemitism and the need to remember the lessons of the Holocaust, churches, and synagogues around the world left their lights on Wednesday night on the anniversary of Kristallnacht.

This year was the first time churches participated in “Light Up the Church”—a similar project called “Light in the Synagogue” has been ongoing for about a decade.

Gidon Ariel, CEO of Root Source (a non-profit that promotes respectful relationships between Jews and pro-Israel Christians), organized getting churches from New York to California and all around the world involved this year.

“I’ve been working with Christians for over a decade,” Ariel said. “The Light Up the Church initiative is an incredible way for them to stand up and be counted as supporters and friends of Israel. It is a demonstration of love and support for the Jewish nation today, especially in light of the recent and alarming rise of antisemitism.”

“The Nazis tried to destroy the Jews and destroy synagogues that night of Kristallnacht. They tried to extinguish the light of the Jewish people forever on that night, so what we need to do to counter that is to keep the lights on in our churches and synagogues,” he added.

“I felt this was something that Christians needed to do as well for those who wanted to show support for the Jewish people and say, ‘if I would have been there on Kristallnacht, I would have stood with you.’”

“This event is an opportunity for churches to shine their light together with Jewish synagogues across the globe and proclaim that darkness will never overcome light.”

Major synagogues in war-torn Ukraine left their lights on throughout the night Wednesday as a reminder to us all…history can repeat itself at any time.