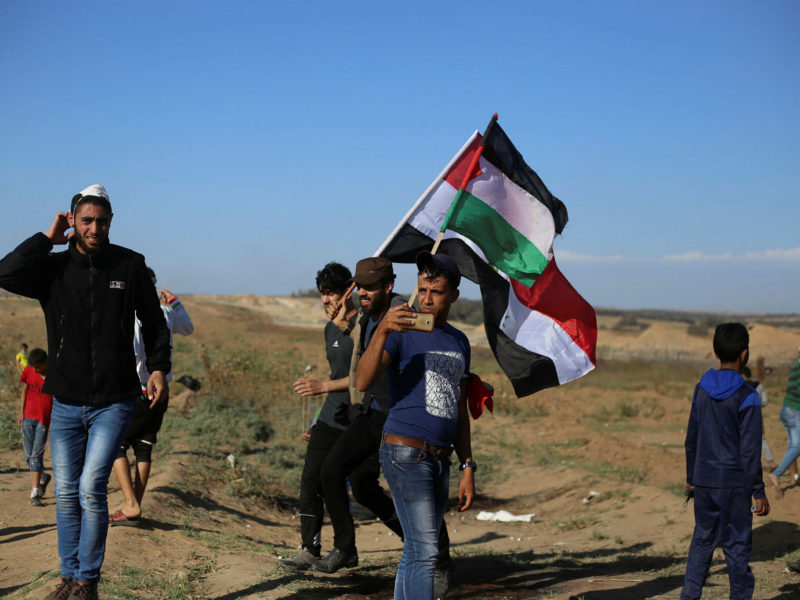 The various Arab factions in the Palestinian Authority (PA) and in the Gaza Strip voiced opposition to the “Peace to Prosperity” workshop in Manama and called for a unified violent thrust against its implementation.

The US-sponsored “Peace to Prosperity” workshop in Bahrain’s capital is slated to commence on Tuesday. The summit is considered a major step towards the unveiling of President Donald Trump’s peace plan for the Middle East, and the PA has called on Arab countries and Arab businessmen to boycott it.

Member of Hamas’ Political Bureau Mahmoud al-Zahar slammed the Bahrain summit as “a plot” and an attempt to bribe the Arabs.

He further charged Bahrain with treason, saying that “Arab oil flows through it to the Christian-Crusader West.” He derided the Deal of the Century as “American, Zionist, Jewish and Christian” which is meant to implement the US and Israel’s diabolical plans while using Arab money, and with the consent of the Gulf countries.

Al-Zahar criticized “the Arab faction which supports the return of the Jews to all of Palestine, as part of the Jewish messianic vision about the Promised Land and the establishment of the kingdom of Judea for a thousand years.”

He rejected the Bahrain summit as “a historic shame, which cannot be washed away by all the waters of the Gulf.” He added that the Trump plan was presented a century after the Balfour Declaration, which was meant to “to bring to the Zionists’ control of Palestinian lands.”

Mohammad al-Hindi, another Hamas official, on Sunday called on the Arabs in the PA “to awake.” He called on all the factions to unite and face the “plots” together.

The White House on Saturday released a 96-page document outlining its economic vision for the PA and Middle East in the coming decade. The plan includes some $50 billion in investment in the region in the coming 10 years, about $28 to be invested in the PA, doubling the PA’s GDP, creating over a million jobs and lowering the unemployment rate.

The PA’s Minister of Finance Shukri Beshara rejected the vast investments expected to come in wake of the summit, saying that the “Palestinian people do not need the money from the Bahrain workshop to build its country.”

Islamic elements in Jordan slammed the Jordanian government for taking part in the summit.

Speaker of the Parliament of Lebanon Nabih Berri declared that the Arabs were not for sale and that his country would refuse to give citizenship to so-called refugees living in Lebanon.

Analyst Faris Yari dismissed the Peace to Prosperity plan as mere declarations that would not come to fruition. Only unity could thwart the American plan, he said. After the Bahrain summit, “the snow will melt,” and it will become clear that the plan is impractical, he said.

The various factions have threatened violence and have called on the Arab public to take to the streets, confront Israel forces and attack Israeli civilians.

Fearing violence, the US Embassy in Israel issued a warning about “anti-American demonstrations [that] may take place in city centers in the West Bank and Gaza.”

For just $100 per month you can bring the gospel to 10,000 homes. Join us as media missionaries! GIVE NOW
VIEW COMMENTS
« WATCH: ‘Being Able to Dig the Bible:’ The Secrets of Tel Shiloh Revealed Amid Tensions: Bolton in Jerusalem for Talks on Syria, Iran »