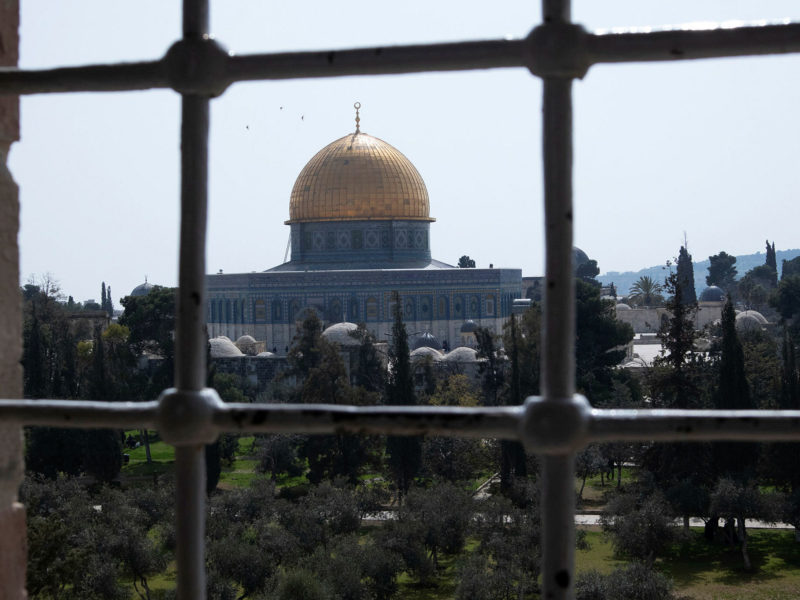 Arab terrorists on Tuesday threw a firebomb at an Israeli police post near the Lions Gate on the Temple Mount, setting it on fire.

The police identified three of the terrorists and arrested them.

The police shut down the entrances to the holy site, and scuffles broke out between Muslims and Israeli security forces.

Tensions on the Temple Mount have been high after the Waqf ‘s recent illegal takeover of the Sha’ar Ha’rachamim (Golden Gate) area.

The site has been shut down by a court order since 2003 because it was used for terrorism. Some three weeks ago, the Waqf broke into the site and essentially established another mosque, the fifth on the Temple Mount.

The Golden Gate area, known by the Muslims as the Bab al-Rahma, remains open despite Israeli attempts to close it and in violation of a court order.

The Muslims view the reopening of the area as a show of defiance against Israel, and with no Israeli response to this change of the status quo on the Temple Mount, a victory over Israel’s presence in Jerusalem.

The Muslim leadership alleges that Israel wants to keep the Golden Gate sealed off for Muslims “in order to give Jewish fanatics, who call for rebuilding their temple inside Al-Aqsa compound, free access and presence in the area.”

The Muslims, as well as the Hamas terror organization, have threatened an outbreak of violence if Israel attempts to re-shut the area.

For just $100 per month you can bring the gospel to 10,000 homes. Join us as media missionaries! GIVE NOW
VIEW COMMENTS
« Israeli Minister: Abbas Igniting Religious War on Temple Mount 40 Days to Overcome – Day 8 »