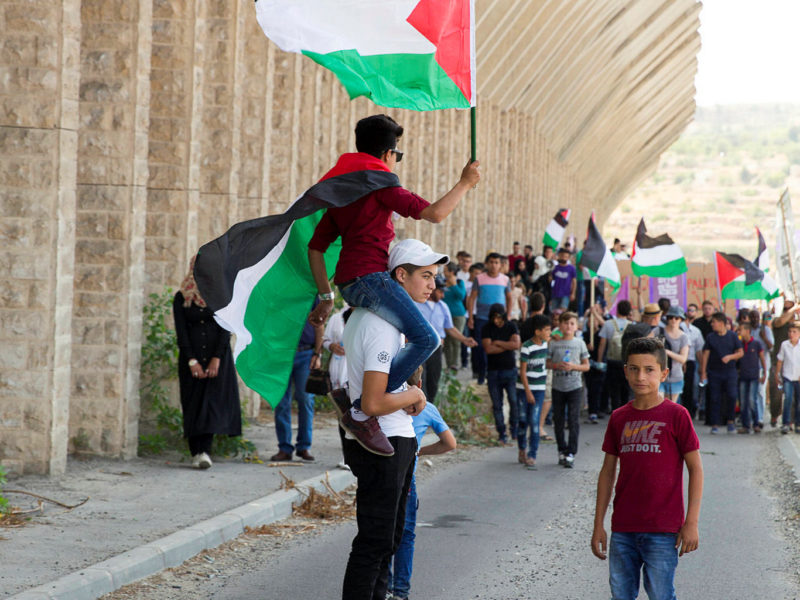 A video clip circulating online in which Israeli Jews are seen participating in the wedding of the son of the head of the Arab village of Deir Qaddis, near Ramallah, has generated rage and prompted Arab factions to threaten the village.

In the clip, the young Israelis are seen dancing at the wedding together with dozens of Arabs from the village. Some of the Israelis were hoisted on the shoulders of the revelers, and they are also seen giving the groom a gift.

The Fatah faction, headed by Palestinian Authority (PA) head Mahmoud Abbas, issued a public notice demanding that the village head, Nasser Radi, resign, and announcing that he has been expelled from the Fatah.

The notice said that “in light of the Zionist-American attack on the Palestinian people and the threats of normalization between the Arab world and the Israeli occupation, and Trump’s Deal of the Century (peace plan) which is trying to revive the Zionist dream of establishing a Jewish state, Fatah condemns this damaging conduct, which contravenes the Palestinian national understandings, and warns the villagers of repeating this incident.”

Radi published an apology on his Facebook page in which he swore by Allah that he did not know that Israelis were participating at the celebration, and when he found out, he kicked them out and his son stopped the celebration.

“The guests were invited by their friends from the village. I swear by Allah that I did not know about their presence,” he declared.

Arabs on social media also condemned the wedding-goers who “danced shoulder-to-shoulder with Jewish settlers,” and demanded that Radi resign.

An Arab official told TPS that the PA police have launched an investigation into the incident.

Hamas official Abdurrahman Shadeed stated that the terror organization “vehemently” condemns the Israeli participation in the wedding party “as a strange occurrence that does not reflect the common sense of the Palestinian people, who adhere to resistance as a means to end the Israeli occupation to Palestine. In addition, such participation is not in line with the values and great sacrifices of the Palestinian people.”

Hamas stressed that “similar cooperations, the PA-adopted security collaboration [with Israel], or Arab normalization with the Israeli occupation at the official level, do not legitimize the Israeli occupation to our land. The Palestinian people are fully aware of this point and will continue in the path of resistance.”

“Resistance” is a euphemism for armed conflict against Israel.

Hamas demanded that the “PA officials involved in such a crime should be held accountable. They have to be boycotted and condemned for their non-national behavior.”

For just $10 per month you can bring the gospel to 1,000 homes. Join us as media missionaries! GIVE NOW
VIEW COMMENTS
« Police Bust Massive Drug Haul on Egyptian Border Co-Founder Of Pure Flix Shares His Prayer For Creating “God’s Not Dead 3” »