WATCH: Archaeological Evidence of Earthquake that Occurred during Kingdom of Judah, Mentioned in the Bible – Uncovered in Jerusalem | God TV
Articles 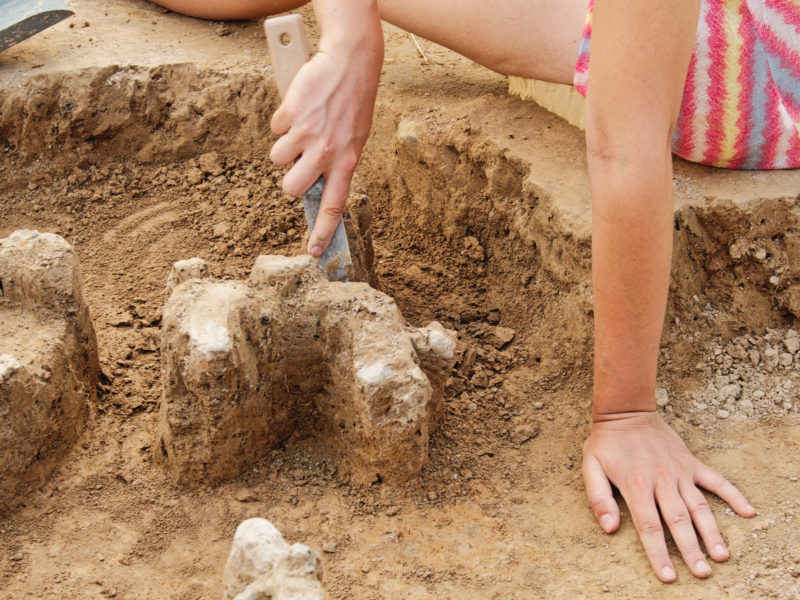 Archaeological excavations by the Israel Antiquities Authority in the City of David National Park revealed a layer of destruction, including a row of shattered vessels that were smashed as the building’s walls collapsed, apparent evidence of an earthquake that occurred during the days of Uzziah, king of Judah, and that is mentioned in the Bible.

According to the researchers, since no signs of fire were found, this was not a deliberate event caused by man, and the reason for the collapse of the building is the earthquake that occurred in Israel during the eighth century BCE, during the period of the Kingdom of Judah.

Dr. Joe Uziel and Ortal Chalaf, excavation directors on behalf of the IAA, recalled that when they excavated the structure and uncovered an 8th century BCE layer of destruction, “we were very surprised because we know that Jerusalem continued to exist in succession until the Babylonian destruction, which occurred about 200 years later.”

“We asked ourselves what could have caused that dramatic layer of destruction we uncovered. Examining the excavation findings, we tried to check if there is a reference to it in the biblical text. Interestingly, the earthquake that appears in the Bible in the books of Amos and Zechariah, occurred at the time when the building we excavated in the City of David collapsed. The combination of the finds in the field together with the biblical description led us to the conclusion that the earthquake that struck the Land of Israel during the reign of Uzziah king of Judah, also hit the capital of the kingdom – Jerusalem,” they said.

The researchers believe that the earthquake that occurred in the middle of the 8th century BCE was probably one of the strongest and most damaging earthquakes in ancient times, and evidence of its occurrence has been discovered in the past in excavations conducted at a variety of sites throughout Israel, such as Hazor, Gezer, Tel Agol, and Tell Gath.

The latest excavations conducted in the City of David indicate that the earthquake probably hit Jerusalem as well.

For just $100 per month you can bring the gospel to 10,000 homes. Join us as media missionaries! GIVE NOW
VIEW COMMENTS
« Defense Minister: Iran 10 Weeks Away from Weapons-Grade Materials Needed for Nuclear Bomb Former Pop Star Shares Journey To Finding Jesus Christ »