Is it Enough to be a Good Person? 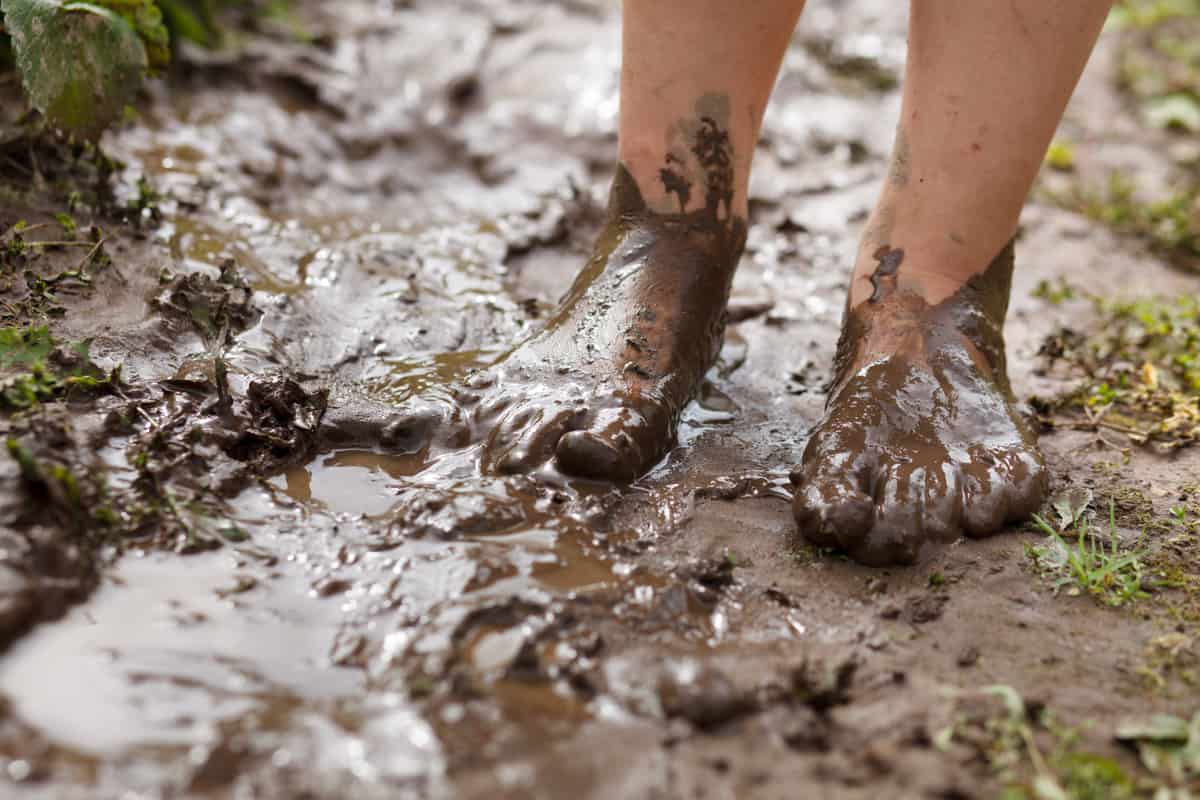 “But we are all like an unclean thing, and all our righteousnesses are like filthy rags…” Isaiah 64:6

Who needs a Xbox?

Growing up in the early 70’s required more imagination and creativity than today given the video games and player consoles on the market.  Fortunately, I’ve never come short in the area of imagination. In my family, sitting inside versus playing outside was a punishment. Although never formally recognized, we were all convinced our mother was the originator of a timeout.

More often than not, during the summer months you’d find me and my siblings playing in our backyard. At the Northwest corner of the house, there was a rain gutter that came down right by a concrete slab porch. At some point, the splash guard to the gutter had been broken in two. During inclement weather, rain poured directly out of the gutter onto the ground.  Over time, the ground eroded and the rain dug a little mud hole in our backyard. My father partially filled the hole with some loose gravel versus replacing the broken splash guard, leaving the hole in the ground mostly unfilled. It was great fun playing in that mud hole. On sunny days,  the dry gravel filled mud hole became the canyon walls of a mountain crevice. Toy army soldiers stormed through the pass, destroying enemy combatants and taking casualties. Some of the dirt under the concrete slab worked loose and became fortress caves that could also be filled with troops, eager for battle. After the ground offensives were all completed there was still plenty of war to be fought. I’d grab the garden hose, fill the hole with water and create a volcanic lake that would support the naval battles that came next in the order of battle.

After spending the day playing, I would be covered in mud.  I was not allowed back in the house until after I turned the garden hose on myself.  It seemed no matter how hard I tried, though, I couldn’t get it all off with just the hose.  After getting as much off as possible, mom sent me straight to the shower, clothes and all. I can remember being shocked at how much dirt was in my jeans that I couldn’t see. Once the dirty rivulets of water running to the shower drain became clear, I’d strip down and pass the dirty clothes out to mom around the shower curtain and off they’d to go to the washer still wet. That was the only way to be sure we could get all of the mud out of those clothes.Not once when I was a kid in need of a bath, did my mom tell me to go wash up in that mud hole.  Had she done so, I can promise you it would have been an impossible task.  The more you scrub and wipe away the grime, the more you apply simultaneously to the area you are washing.  You might think you’re getting clean until you stand under the shower and see the muddy rivulets running towards the drain. Only then could you realize your eyes had lied to you about being clean.  There would be dirt still on you and still in your clothes that you couldn’t see with the naked eye.

How we sometimes see things

For most of my life, that’s exactly how I approached where I would spend eternity. When I thought about heaven or hell and whether God would allow me into heaven, I would compare myself to others.  When you do that it’s pretty easy to think, well I’m not as bad of a person as such and such.  Certainly, I’ve never murdered anyone or cheated on my wife or stolen anything from my employer. With sincerity, I try to be good. I am a good moral person, so I deserve to go to heaven. I think that God will welcome me into heaven?

The problem with this line of thinking is it fails to consider what God says about our righteousness. According to Him, He sees our attempts of being good as filthy rags. We think we’re a good person.  God sees us sitting in the mud hole trying to clean ourselves, an impossible task. He doesn’t want or allow us to earn our way into Heaven.  Our salvation is “not of works lest anyone should boast.” Ephesians 2:9 In God’s economy, we gain heaven “not by works of righteousness which we have done, but according to His mercy… through the washing of regeneration and renewing of the Holy Spirit.” Titus 3:5 So if you’re still washing in the mud hole, let me encourage you to consider trading in your righteousness for God’s mercies.

How Talking to God Every Night Before Bed...