BREAKING
Israel-led Team Solves Mystery Why Lightning Strikes Fewer Times Over The Ocean...
Tourism In The Holy Land Is Soaring Back Up To Pre-Pandemic Highs
Lapid Speaks Directly To Palestinians—Offers Them “Another Way” Out Of The Ongoing...
Home Articles Are you sure about that?

Are you sure about that? 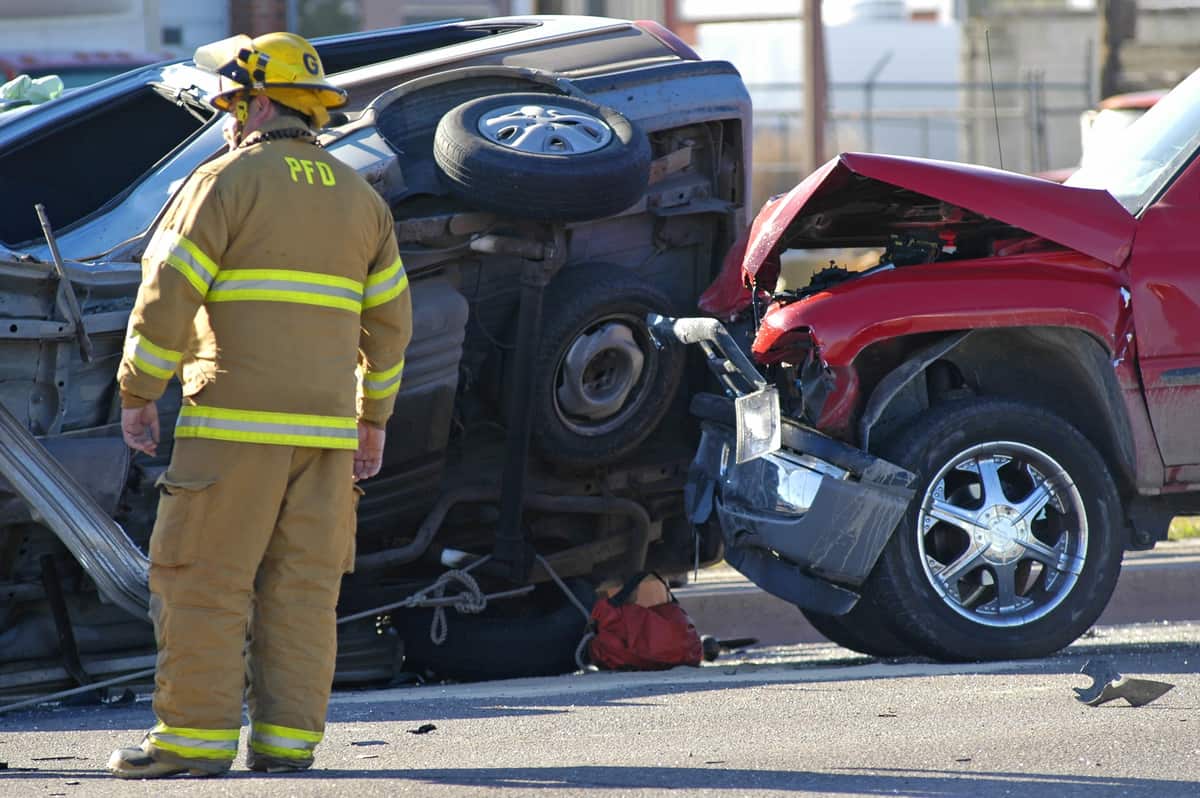 “These things I have written to you who believe in the name of the Son of God, that you may know that you have eternal life.” (I John 5:13)

As a Christian, do you know that you have eternal life? Have you reached the point where you go to bed at night knowing that if you die before sunrise your soul will speed towards heaven to spend eternity with Jesus? According to the Apostle John, you can enter into a place of rest where you are confident in your salvation and know you have eternal life. You can have that “assurance of salvation.” 1 John 5:13 is worth reading again. God promises it to you right there, if you believe in His Son Jesus.

I personally became a Christian in the later portion of the 1990’s, right around the time I turned thirty. At that time, my wife and I were living in Chattanooga, Tennessee. One afternoon as I was driving alone, north across Veteran’s Bridge, I witnessed a car traveling south on Barton Avenue, run off the road and hit a power pole in a single car accident. I immediately pulled over, along with several other vehicles, to try to help. Due to our proximity, I and another guy were the first ones out of our cars and running towards the scene of the accident.

The details of what I was seeing began to immediately flood through my brain. The accident vehicle hit a power pole pretty much head on, so the whole front of the car was smashed in and smoke was pouring out of the engine compartment. The power pole itself was damaged but still standing, but you could see some wires that had been torn loose. There was liquid under the car from the front all the way back to passenger seats, continuing to pour out and run down the road towards us. The driver, a woman, was screaming hysterically, “My babies! My babies! Please help my babies!” Coming from the rear of the car was a cacophony of high-pitched cries from several small children, so young that as I was running up I could hear them but not actually see their heads above the door panel.

As we got closer to the vehicle, the guy running beside me began to slow down until he just about stopped. Confused as to what was happening, I instinctively matched his pace and slowed myself, wondering what he was doing and even glanced over at him as if to ask him what was going on. In a flash I somehow understood his struggle without either of us speaking a word. The lady had hit a power pole and wires were down around the vehicle. Also the engine was pouring more and more smoke from under the hood with every passing moment. And then there were the unidentified liquids pouring out from under the car. So, I realized we are in danger of getting electrocuted from the power line if those wires were live. Worse still, if that was gasoline pouring out from the engine, the car could very well explode, with that poor woman and those children still in it, along with anyone close to the vehicle. In a nutshell, it is no exaggeration to say that day I had landed right in the middle of something that had the potential to be life threatening for us all.

But as fast as the personal danger I was putting myself into was recognized, for me a second realization flashed across my mind as well. And that was, if I died in this situation, I knew I would go to heaven. I was at peace with God and in right standing with Him. My sins had been forgiven at the altars of the Brownsville Revival just a few months before. I silently prayed a quick prayer and said, “Lord if this car explodes and I die, then I know I will see you in heaven.” And with that, I started running towards the car again to assist the woman and her kids and get them out and away from that car. Reluctantly the other guy followed, albeit slowly at first and then building speed back up again until once more we were both racing towards the car. Although we never said a word to one another, I knew he didn’t have the assurance of his salvation and that was why he slowed down so much, which given the seriousness of the event, was understandable. Fortunately for us all, the car never exploded or caught fire. While shaken up, other than major damage to her vehicle, the mother and her children were all okay and were all quickly moved a safe distance away from the smoking car while we waited for the emergency responders to arrive on the scene.

You might not have ever had an event quite like my own, that placed you in a situation where you knew at any moment it could very well be your last. Regardless, “the Spirit Himself bears witness with our spirit that we are children of God.” (Romans 8:16) As believers, we have the promises of God that we can know 100% that when we die we will go to heaven. Do you know? Do you really know? If not, you can. Simply pray with me right now, “Dear Jesus, thank You for dying for me. I know that I’m a sinner in need of forgiveness. I believe You died on the cross and rose from the grave. I confess you as Lord. Please come into my heart and save me. From this day forward I will serve you, and I ask you to give me the assurance of my salvation, so that I will know that I know, I will someday see you in heaven. Amen!”