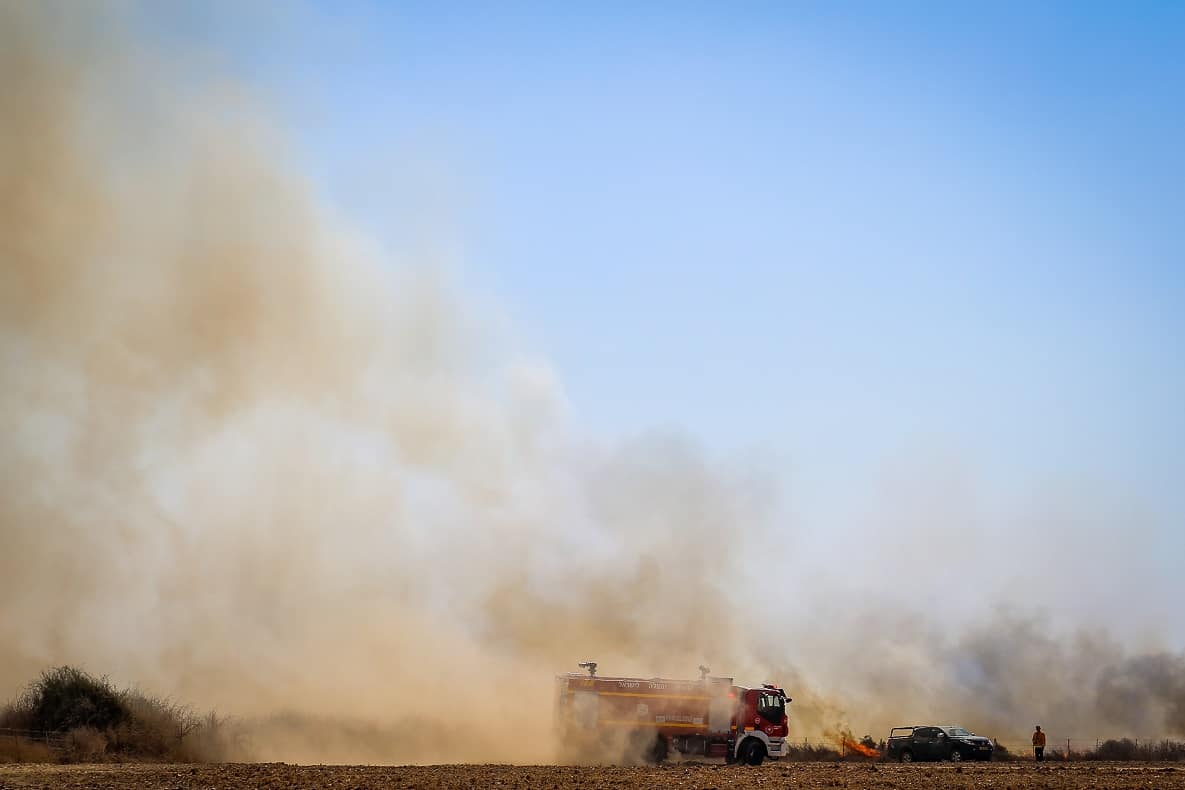 As of 5:30pm Israel time today (Tuesday), sources report 39 fires in Israel’s south due to explosive balloons sent into Israel by terrorists in Gaza.

No injuries were reported.

Chairman of the Foreign Affairs and Defense Committee and former Minister of Internal Security Avi Dichter visited the affected areas today to survey the damage first hand, according to Field Security News. One of the locations that Dichter visited was the Beeri Nature Reserve where an explosive balloon ignited a fire today. The Beeri Nature Reserve in the Western Negev is known for its blooming fields of red anemone flowers each winter.

In recent weeks, terrorists in the Gaza Strip have relaunched their campaign to send balloons tied to flammable materials and explosive charges into communities in the vicinity of the Strip.