Ashdod: Getting To Know This Ancient City | God TV
Articles 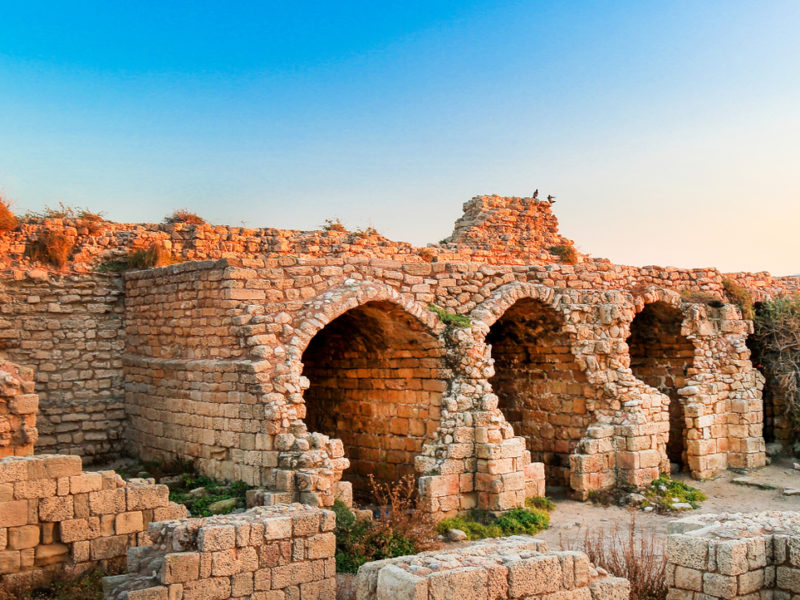 Ashdod is the larger of two port cities in Israel located on the Mediterranean coast.  The city is south of Tel Aviv and west of Jerusalem. Ashdod has been inhabited by numerous people groups over the centuries including the Canaanites, Philistines, Muslims, and Israelis.  Until this day, it remains to be in a territory that experiences a lot of conflict.

The earliest mention of the city of Ashdod in the Bible occurs in Joshua 11.  The Israelites had crossed into the Promise Land and Joshua was leading the battle against the Anakites.  During this battle, the Anakites were complete destroyed and not one remained in Israelite territory. The only living Anakites were in the cities of Gaza, Gath and Ashdod.  Thus, the city enters the scene as a refuge for enemies of the Israelites.

A few chapters later, the Lord speaks to Joshua and lays out the remaining lands that need to be taken as part of the Promise Land. Joshua 13:2-5 says, “’This is the land that remains: all the regions of the Philistines and Geshurites…all of it counted as Canaanite…in Gaza, Ashdod, Ashkelon, Gath and Ekron; the territory of the Avvites  on the south; all the land of the Canaanites… the area of Byblos; and all Lebanon to the east’”. At this point, Joshua was advanced in years and the city of Ashdod was still yet to be conquered and taken by God’s chosen people.  Ashdod was finally conquered and given to the tribe of Judah (Joshua 15).

The Ark in Ashdod

In reviewing the biblical history of the city, one of the most interesting stories is told in 1 Samuel 5:1-8.  The story begins with the Philistines capturing the ark of God and bringing back to the city.  The Philistines decided to place the ark of God in presence of their god and set it in Dagon’s Temple.

Throughout history the city continued to be a hot bed of conflict.  In Nehemiah 4, Ashdod is stirred to anger once again and joined the resistance that was in  opposition of the rebuilding of the wall.  Sanballat, Tobiah, the Arabs, the Ammonites and the people of Ashdod began to organize an attack on Jerusalem. Nehemiah instructed the Jews to pray and God answered.  Thus, the attack was thwarted and the wall was completed in 52 days (Nehemiah 6:15).

The plight of those that opposed the building of the wall is revealed in Nehemiah 6:16, “When all our enemies heard about this, all the surrounding nations were afraid and lost their self-confidence, because they realized that this work had been done with the help of our God.” God had proven Himself faithful and His plans and purposes had prevailed over the anger of Sanballat, Tobiah, the Arabs, the Ammonites and the people of Ashdod.

In May 2019, two hundred and twenty Ukrainian immigrants relocated to Israel.  Ashdod was one of the cities that received immigrants despite the terrorism the city was experiencing.  The International Fellowship of Christian Jews helped organize the immigration and also received instruction for staying protected under fire.  Many of the Ukrainian’s chose to live in Ashdod, even in these stressful circumstances, in order to be closer to relatives.

Read more about the Ukrainian immigration to Israel here.

For just $100 per month you can bring the gospel to 10,000 homes. Join us as media missionaries! GIVE NOW
VIEW COMMENTS
« Jerusalem Israel: A Glimpse Into Biblical History Joel’s Army Is About To Arise In The Midst Of Darkness »