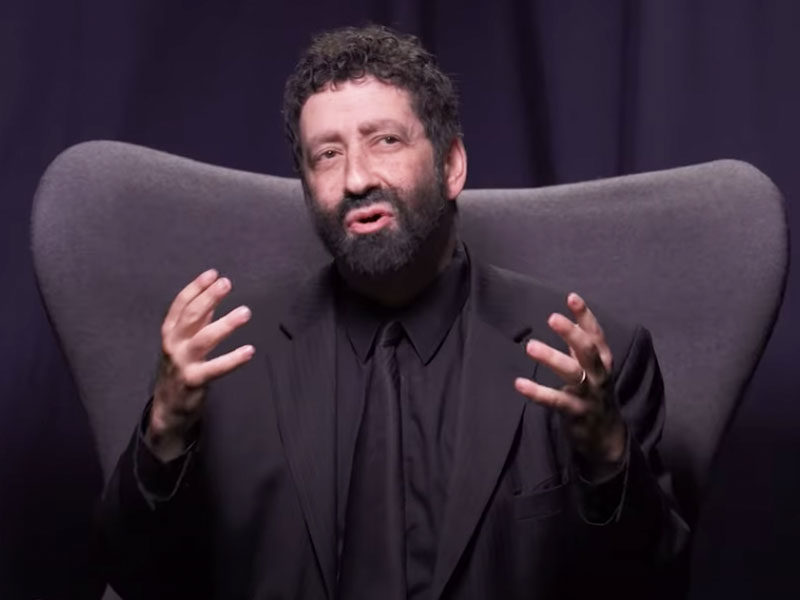 An Atheist Jew turns into a Messianic Jewish Rabbi after he made a deal with God to accept Jesus only on his deathbed, and God miraculously responds when he met a deadly car accident.

Jonathan Cahn grew up in a reformed Jewish home. He knew about David, Isaiah, Elijah, and the reality of God from Hebrew school. And God was so real in what they were taught of the Bible. Of which God spoke to the people and moved in their lives.

However, the young Jew doubted because “there was a big gap” between what he saw of the living, breathing God of Israel, the God of the Bible, and what he saw in the synagogue. “In the synagogue, I never saw anybody saying, ‘Wow, God, He changed my life,'” he said.

“Further”, he added, “It was more liturgy and more rituals. It was kind of like the echos of what once was. That there was once a glory but the glory wasn’t there. The presence wasn’t there. It was more of a cultural thing. People went to synagogue because they were Jewish. It was because of tradition.”

So Jonathan questioned the whole thing. He doesn’t see the evidence nor did he know if God really did exist.  He claimed, “I have to find God for myself. I have to find the truth for itself.”

Also, the Jewish people were taught that whatever they do, they can’t believe in Jesus. And reading the New Testament is strictly forbidden.

Jonathan started to seek the truth and find God. He read books on every subject like science, religion, UFOs, occult, and every ideology he could read. Until he landed in a book that opened his eyes to the reality of Jesus’ existence.

He found out about the prophecy of the Jewish Messiah in Micah, Zachariah, and Isaiah 53. And he tried not to connect it but he couldn’t deny that it all made sense.

A Deal With God

At that moment, he decided to read the forbidden book for the Jews, the New Testament. And there he found the truth.

So Jonathan fought God and made a deal with Him. He told Him, “I know I should follow You, but I don’t want to. So here’s the deal. I will accept You when I’m on my deathbed.”

One night he was driving on his Ford Pinto heading to a train track. It was dark and was just after a snowstorm. The road was bumpy and he didn’t know where he was. Suddenly, he saw a light on his left. The other cars were crossing but he was on the track. The train came head-on, plowed into the car, and smashed the Ford Pinto.

And the only thing Jonathan did at that point was call out to God. And that deadly accident became a powerful testimony because he didn’t even get a scratch.

“I said Lord that was so close. I realize that my life was so close, within inches of eternity. I gotta get right with God,” he recalled.

Jonathan had no idea how to get right with God. But he remembered from Hebrew school how Moses and Elijah met God on a mountain. So he went on a mountain he had never been to before. He found a rock and kneeled down and said, “Lord, I’m Yours in the Name of Messiah. I know He is the Messiah. Come into my life. Cleanse me, forgive me. Make me new and lead me on. From this moment, I’m gonna follow You as Your disciple.”

That first week, he felt something different. “It was very gently, but it was real,” testified Jonathan.

He was working as a security guard when a cleaning man at a factory noticed that he was glowing.

Since then, Jonathan’s life changed. Today he is a Messianic Jewish Rabbi.

Now, Jonathan challenges his viewers at the end of the video to seek God.

“Seek for yourself. I was raised with a scientific outlook to research, see whether something is true or not. It’s not about religion, tradition, nor what people told you. In the end, it’s only gonna be about you and God. Seek and you shall find. Knock and the door shall be opened. Ask and it will be given. God is there to show Himself to you. Seek Him and you will find,” he declared.

Read Also: Jewish Man Sees Jesus In The Sky After A Simple Prayer

For just $100 per month you can bring the gospel to 10,000 homes. Join us as media missionaries! GIVE NOW
VIEW COMMENTS
« Jewish Man Sees Vision Of Jesus In The Sky After A Simple Prayer Learning To Love Yourself All Over Again »