BREAKING
Israel-led Team Solves Mystery Why Lightning Strikes Fewer Times Over The Ocean...
Tourism In The Holy Land Is Soaring Back Up To Pre-Pandemic Highs
Lapid Speaks Directly To Palestinians—Offers Them “Another Way” Out Of The Ongoing...
Home News Australia Suspends Direct Aid to Palestinian Authority Citing ‘Concerns’ About Use for Terror 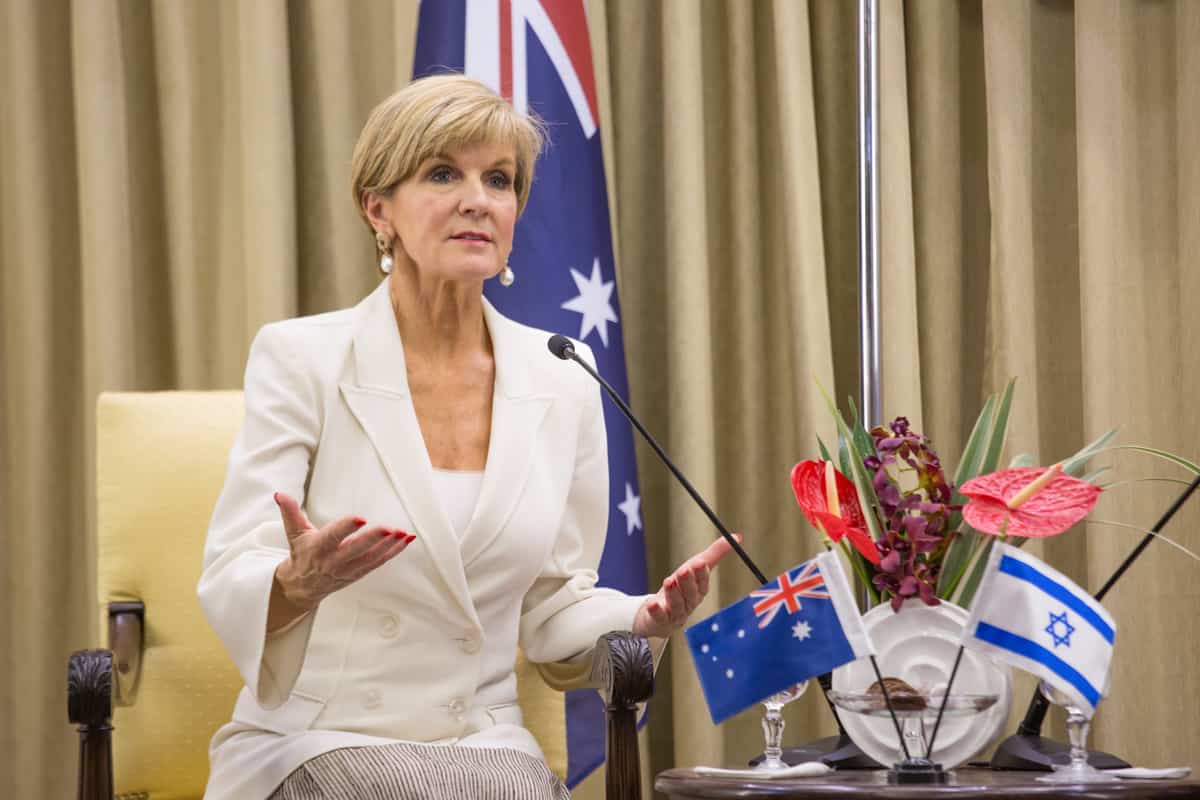 The Australian Government has suspended contributions to the World Bank’s Multi-Donor Trust Fund intended to be transferred to the Palestinian Authority because Canberra is concerned about Australian aid money being used to support terrorism.

In a statement Monday, Foreign Minister Julie Bishop said she was “confident” that Australian funds provided to date have been used “as intended.” But she added that PA authorities as recently as May 29 refused to provide clear assurance that monies provided by the World Bank via the Palestinian Recovery and Development Program would not be used to to assist Palestinians convicted of politically motivated violence.

“I am concerned that in providing funds for this aspect of the PA’s operations there is an opportunity for it to use its own budget to activities that Australia would never support.  Any assistance provided by the Palestine Liberation Organisation to those convicted of politically motivated violence is an affront to Australian values, and undermines the prospect of meaningful peace between Israel and the Palestinians,” the statement read.

Bishop added that the Australian Government “remains committed to supporting vulnerable Palestinians with access to basic services, including health care, food, water, improved sanitation and shelter,” but said the $10 million annual aid package would now be funnelled through United Nations’ Humanitarian Fund for the Palestinian Territories.

The announcement came two weeks after Bishop forcefully said that Canberra would not follow the United States’ lead in moving the Australian embassy in Israel to Jerusalem. But it also followed Australia’s vote in May to join the United States in voting down a United Nations Human Rights Council resolution to investigate clashes between IDF troops and Palestinians at the Gaza border on May 14, during demonstrations timed to coincide with the opening of the United States embassy in Israel in Jerusalem. Dozens of Palestinians were killed in the riots, but Australia rejected the world body’s inquiry on the grounds it “prejudged” Israel.

Also in May, the Australian military closed a deal to purchase Israeli-produced anti-tank Spike LR2 missiles, produced by Haifa-based Rafael Advanced Defense Systems. That deal came seven months after Rafael announced plans to open a subsidiary in Melbourne, as part of a wider project by the Australian Defence Force to significantly upgrade technological capabilities for the Australian army and navy, as well as part of a bilateral effort to expand business and defense ties between Canberra and Jerusalem.

The suspension of direct aid also takes place in light of close, and strengthening diplomatic ties between Israel and Australia. Mrs. Bishop and Prime Minister Malcolm Turnbull have both visited Israel in the past two years, and Prime Minister Binyamin Netanyahu reciprocated in February 2017, with a visit to Melbourne and Sydney that both sides described as “stellar.”