Baby Found Sleeping In The Collapsed Building In Jordan 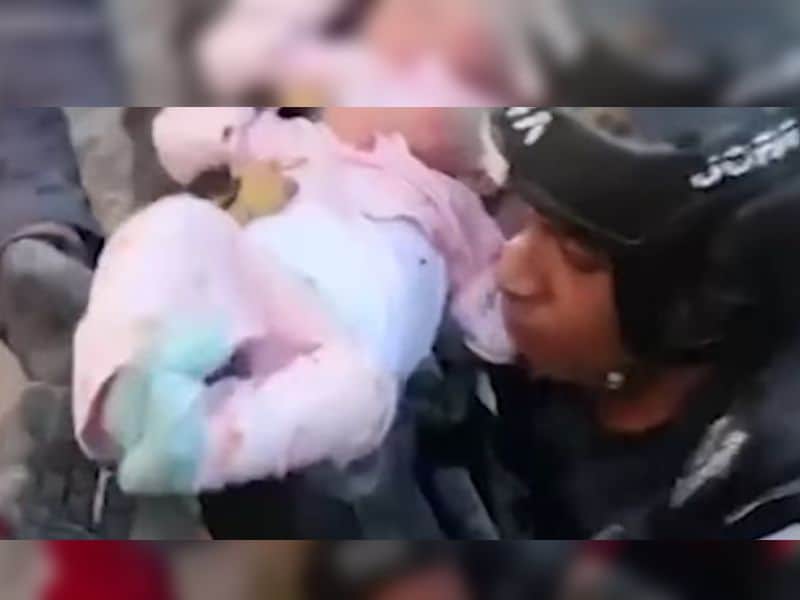 Authorities found a four-month-old baby sleeping under the rubble of the collapsed building in Jordan. The tragedy makes the baby the youngest survivor, with the record of claiming fourteen lives and ten injured.

The Jordan Civil Defense stated that the baby named Malak was “sleeping peacefully” when they found her. When rescuers pulled her out of the debris, it disturbed her sleep, and she cried.

But, what’s more impressive, is that Malak was trapped for 26 hours before she was rescued.

“Malak has been removed from intensive care. Her condition is wonderful,” Malak’s doctor told The National News.

The name Malak is translated as “Angel” in English. Indeed, God’s angels surrounded her, for she got no severe injuries, only mild bruises.

Locals on the rescue scene broke out in tears as they witnessed the miracle in baby Malak.

Apparently, Malak’s family doesn’t live inside the building. Malak’s mother left her with her 23-year-old friend, who was the resident of the apartment. She lived on the ground floor with her baby in the four-story building.

Unfortunately, her friend and her baby were still missing.

The residential building collapsed on September 13, leaving several victims trapped under the debris. Officials dispatched search and rescue but halted its efforts on September 17 after they retrieved the 14th body of a victim.

They believed that its old age caused its crumble. But, neighbors claimed otherwise. They said that the collapse was due to the ongoing wall removal in an apartment on the ground floor. State engineers supported this claim as “the sandwich-like way the building fell was consistent with a retaining wall removal.”

However, they all stressed that there is still no final verdict because the official investigation has just started.

Let us continue to pray for the bereaved families of the victims.