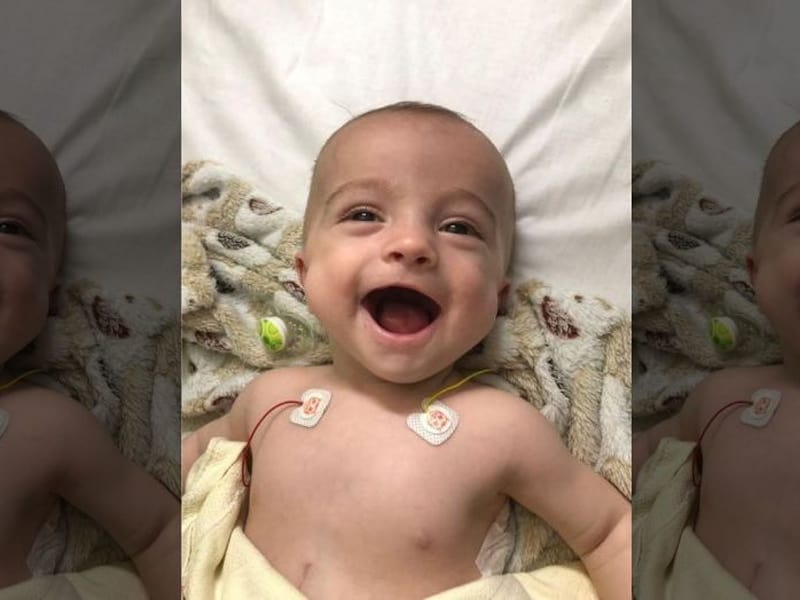 A 10-month-old baby boy proves the doctors wrong when he smiles at his daddy right after waking up from a five-day coma.

On the early morning of March 16, Michael Labuschagne suffered heart failure at just 14-weeks-old and was rushed to the hospital. The ambulance ride was the long and pain for Michael’s parents Stuart and Emma. Paramedics were working hard to keep the baby alive and to try to stabilize his heart rate.

“Words cannot begin to describe the pain we felt at that moment,” the couple wrote. “We watched our baby breathless, gasping for air while his heart stopped and paramedics worked to save his life. At that moment I did not think Michael would make it through.” 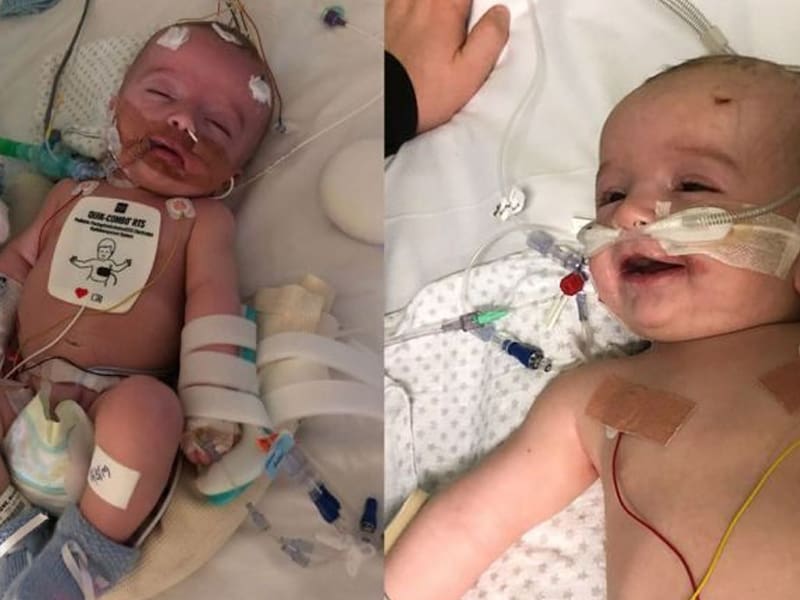 Baby Michael defied the odds by surviving cardiac arrest outside of a hospital, which only 7% of patients do. Despite being alive, he was in a coma. Doctors prepared his parents for the worst and explained that Michael may never regain consciousness.

But God did a miracle for their family! Michael opened his eyes! As he looked up and saw his daddy sitting by his bedside, he smiled the biggest smile.

Michael was diagnosed with Cardiac Fibroma. It is a rare benign tumor in the heart that occurs primarily in infants and children. Only a handful of people have been diagnosed with this type of cancer.

“He currently has an internal pacemaker and defibrillator, but this has caused physical development delay and is currently at a max threshold, which means it is not working as effectively as it should,” the family wrote.

The Labuschagne family is still believing and praying that Michael will get the heart surgery that could save his life. They are now gathering funds for that surgery which can only be done at a hospital in Boston.

“The dream is to get him to Boston as soon as we can. Every day we worry if it will be our last with Michael. Please help us to get his tumor removed.”

Michael’s fight for his life is still far from over and your prayers mean so much for this little angel’s future. God performed a miracle for Michael in the ambulance that day and again when he woke up from the coma.  Let’s believe that He’ll do another miracle and save Michael’s life!