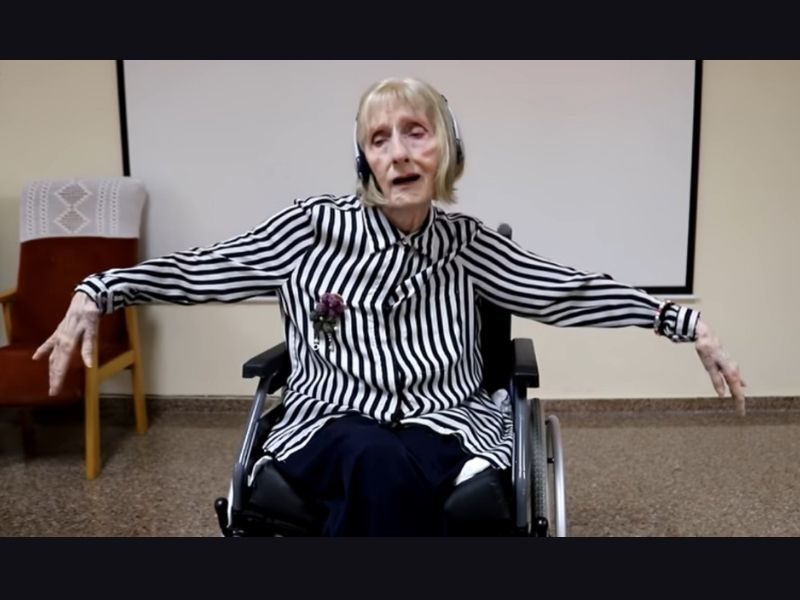 A retired ballerina with Alzheimer’s surprised her audience when she automatically danced to Tchaikovsky’s “Swan Lake.” In just a few seconds in the song, the former ballerina swayed her arms as if remembering her past days.

Marta Gonzalez was a prima ballerina during the 1960s. She has danced to several songs, but most especially to “Swan Lake” throughout her career. But Alzheimer’s crept in. And it seemed that she had forgotten her times as a ballerina.

However, a Spanish Music Therapy group called Musica para Despertar, or Music to Wake up to, released a recent video of Marta. Contrary to what the Alzheimer’s had stolen from her, the recording revealed Marta remembering the ballerina dance.

The video showed Marta in her wheelchair. She was then given a pair of headphones to listen to “Swan Lake.” As the song plays on, something changed in Marta’s eyes. It glimmered with distant memories from her glorious days. Because she could no longer stand up to dance, she makes up for it through her upper body.

She gently raised her arms and swayed to the choreography she has danced to a hundred times before. People were completely fascinated by Marta’s wonderful response to music. And to how every ballet show ends with applause, they all clapped their hands as Marta gave her bow.

The video quickly went viral and has reached even some celebrities. Singer and actor Antonio Banderas has shared the clip on his Twitter. He was amazed by the “emotional power of music.”

The clip also touched award-winning actress, Jennifer Garner. “Our innate connection to music, to movement, to arts, is beautiful,” she said. “This former ballerina’s sense memory of Swan Lake – just does me in, it’s so lovely. Thank you to everyone in the fight against Alzheimer’s.”

Marta had already passed away in 2019. But the emotional moment she shared will continue to mark the hearts who believe in the power of music. Indeed, music is a gift from God!

For just $100 per month you can bring the gospel to 10,000 homes. Join us as media missionaries! GIVE NOW
VIEW COMMENTS
« Letter By A Pastor Who Drowned While Preaching Gospel As Titanic Sank Is Auctioned Farmer Suffers Cardiac Arrest During Harvesting, Dozens Showed Up To Save Him And His Crops »