Jesus Wasn’t Alone In The Grave 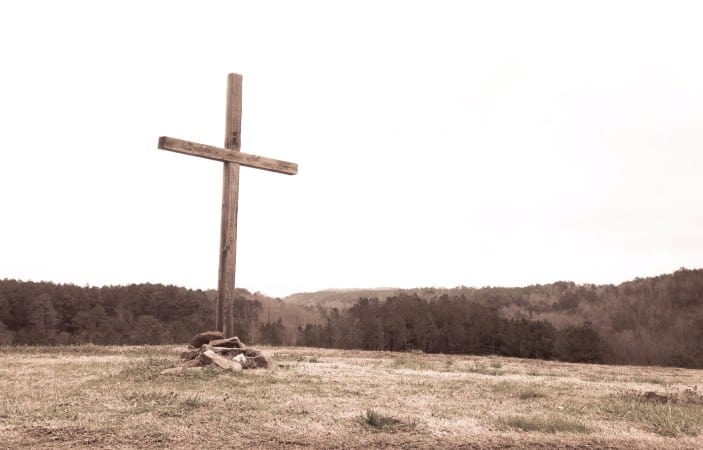 One of the comments Jesus made about His burial is found in Matthew 12:40 where He says, “For as Jonah was three days and three nights in the belly of the great fish, so will the Son of Man be three days and three nights in the heart of the earth.” In Romans 6:3-4 (CEB) Paul says, “Or don’t you know that all who were baptized into Christ Jesus were baptized into his death? Therefore, we were buried together with him through baptism into his death…”

Jesus wasn’t only buried for us, He was buried as us; and we, by baptism, declare that we were co-buried together with Him.
What this means is that the statement Jesus made about His burial was also a statement about ours. So why does it matter that our baptism is as Jonah’s three days and nights in the fish?

Jonah decided to disobey God and not go to Nineveh, you probably know the story. When he leaves, the storm comes, and he tells the guys on the boat it’s all his fault and if they throw him over, the storm will stop. They do throw him over, the storm stops, and Jonah gets swallowed by the great fish. After the three days and nights, the fish spits him up on land and he proceeds to go to Nineveh, and the entire city repents.

Had Jonah obeyed the first time, he would’ve arrived in Nineveh by boat; but his sin caused him to arrive by fish. The reason this is so important is because Nineveh worshiped a fish god.

When the fish spit Jonah out of it’s mouth, it seemed to Nineveh he was a special delivery from their god. God, through Jonah’s sin, made it better for Jonah than if he had never disobeyed.

Being baptized is far more powerful than you may know. When you went into the water of baptism, you declared that all your sin was buried in the grave of Jesus. When you came out of the water, you declared that the grave of Jesus spit you back into the earth, “…so that just as Christ was raised from the dead through the glory of the Father, we too can walk in newness of life.” (Rom. 6:4 CEB)

Your baptism is a declaration that God is making your life better than if you had never sinned. Jesus buried your life so He could raise you with His. Jesus reaped what your sin sowed so you could reap what His obedience sowed.

Take some time and thank God that He is making your life better than if you had never sinned. And if you haven’t been baptized, go do it!

Seth has been ministering to children and families for over 15 years. He’s seen incredible fruit from activating families to pursue the kingdom of God not only at church, but at home and in their communities as well. He has a passion to help people encounter God’s goodness in a real way and to see the power of God transform families. If you’d like to invite Seth to speak at your church or event, you can invite him here. Lauren has been pursuing the art of homemaking for more than a decade. She loves helping parents with practical tips to cultivate a peaceful home and raise children who will be prepared to enter adulthood. She also strives to create a completely non-toxic and self-sustainable environment for her family. Her heart is to help others find the confidence to take simple steps towards a thriving home.