Believer's Authority Over All Things, Including Coronavirus | God TV
Faith 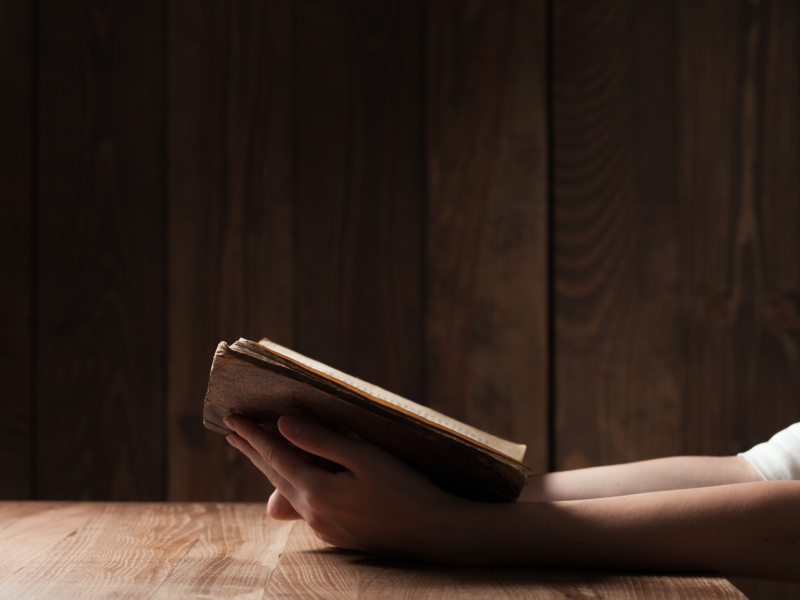 We can destroy coronavirus with God – using the authority He gave male and female.

Raised amongst a male chauvinist Italian community, it was hard to ever imagine I could have authority as a woman.

But to my surprise, as I entered the working world, I realised it was an epidemic condition. So the fight to find my place in life continued.

However, since meeting Christ in 2013, God has been revealing my identity in Him; as a precious daughter, princess, and warrior, carrying the authority against “the god of this world”, instead of the male gender or humanity in general.

Who is the god of this world?

God has emptied me of my fight to find my place of importance as a woman. The way this world system causes women to fight to be like a man because the world portrayed women as weak.

We only need to look at the women in the Bible to see God didn’t create women as weak in character or abilities.

In fact, the bible says it wasn’t good for man to be alone (Genesis 2:8). As the Creator of the whole universe, I believe God had enough power and creative imagination to have made a self-populating man if that’s what He wanted.

Whilst here I’ve emphasised the female lack of identity, God has revealed to me, that it’s very much a male identity crisis also.

If we each chose to focus on our true identity in Christ and exercised that authority in our homes, then surely the world would automatically take care of itself.

God has been doing this very thing in my household and recently I was led, “in my new identity as a mother” to dig up more bad seeds that I had planted into my son as a result of this male and female, parent identity crisis.

Through Christ, I was able to apologise for things I did not understand as truth from God’s Word and re-plant some good seeds in the midst of him searching for his God-given identity.

In my ignorance, I allowed the devil to deceive me, just as Eve did in the Garden of Eden. I’m finally getting a glimpse of my new identity as a ‘woman of God’, who actually does have authority over her household.

I can overturn any enemy attack including the coronavirus coming against me or my household, with the Word of God, in the name of Jesus Christ and stand on God’s promises against all storms. We can model what Jesus did in the wilderness, confidently knowing this is the right He purchased back for YOU and me!

Every born-again believer has been given authority to use God’s power.

As we choose to walk in our new identity, progressively up-rooting and re-planting seeds in ourselves and the people around us, we can see many miracles happen. I’m a witness to that!

Believe what God says about you

Sometimes it’s our ignorance of the truth that keeps us trapped in the lies of the enemy. The Word of God is our mirror, all we have to do is believe what it says about us.

We know Satan has only come to steal, kill and destroy (John 10:10), but Jesus came so we might have abundant life.

Let’s actively seek to resist Satan, not passively. We need to actively walk out our God-given identity, not just know it in our minds. (James 4:7).

Because Satan is a spirit, he’s powerless without a participating body on earth. Don’t give him a home in yours to advance his lies.

Recently, someone, I knew had received a bad report from the hospital. All blood results pointing to bone cancer. But I refused to stand by and do nothing. I decided to take my authority, encouraging his wife and my husband to join me, to lay hands and command life into those bones and body.  Miracles happened and we each received a word from God. He was healed and set free!

On his next hospital appointment, all scans and blood results were back to normal. Praise God!

By the stripes of Jesus, no sickness or disease belongs to us (1 Peter 2:24 ). Jesus took them all. The consequences of our sins that would have caused us death, on His back, so we don’t have to. God provided excellent health for us all, past, present, and future – So resist the coronavirus and it will flee.

We can destroy the coronavirus with God’s power

It has no power over man nor woman. We were created as male and female in the image of God to rule and reign over all things.

Read also: Do You Need To Re-Prioritize Some Things In Life?

For just $100 per month you can bring the gospel to 10,000 homes. Join us as media missionaries! GIVE NOW
VIEW COMMENTS
« 40 Day Challenge #28 – Comparison The Forgiveness That Comes With Love »