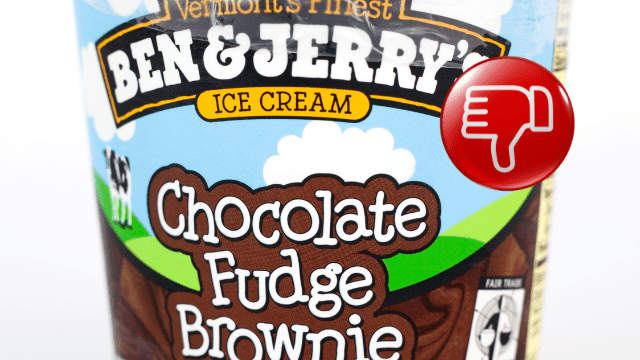 After a decade of pressure from the Boycott, Divestment, and Sanctions (BDS) movement, Ben & Jerry’s, the iconic ice cream giant known for its leftwing leanings, finally capitulated to their demands. On Monday, Unilever, the parent company of Ben & Jerry’s, announced they will stop selling ice cream in east Jerusalem and the West Bank (biblical Judea and Samaria) by the end of 2022 when the license runs out with the local manufacturers in Israel.

“The decision is morally wrong, and I believe that it will become clear that it is also commercially wrong. The boycott against Israel—a democracy surrounded by islands of terrorism—reflects a total loss of way. The boycott does not work and will not work, and we will fight it with full force,” Bennett said.

Foreign Minister Yair Lapid and Gilad Erdan, Israel’s US and UN ambassador, are calling on the 35 US states with anti-BDS laws to take action against Ben & Jerry’s.

Lapid said, “Ben & Jerry’s decision is a disgraceful capitulation to antisemitism, to BDS, to all that is evil in the anti-Israeli and anti-Jewish discourse. We won’t be silent.”

In coordination with Lapid, Erdan sent a letter to the governors of the 35 states calling them to action. He said Ben & Jerry’s decision would “significantly harm Palestinians” due to the economic impact on the Israeli supermarkets where the Palestinians shop and work. Texas, one of the largest states in America, is considering blacklisting Ben & Jerry’s and its parent company, Unilever, as this goes against a government code that prohibits Texas from doing business with companies that boycott Israel.

In American, CODEPINK (a radical, left-wing feminist movement for “peace”) congratulated Vermonters for a Just Peace in Palestine “for their tireless efforts and leadership on the issue.” But the announcement of the boycott brought strong words from US officials.

Ned Price, US State Department Spokesman, reiterated that “we (the Biden-Harris Administration) firmly reject the BDS movement, which unfairly singles out Israel.”

Several kosher grocery stores in the US have said they will no longer sell or will limit the sale of Ben & Jerry ice cream.

The announcement by Unilever actually drew immediate flak from within Ben & Jerry’s. The independent board—from the original Vermont company—blasted Unilever, saying they didn’t go far enough. The board wants them out of Israel COMPLETELY.

Ben & Jerry Not Happy—need to boycott all of Israel!

The announcement by Unilever actually drew immediate flak from within Ben & Jerry’s. The independent board—from the original Vermont company—blasted Unilever, saying they didn’t go far enough. The board wants them out of Israel COMPLETELY. In other words, Jews, no matter where they live in Israel are not worthy of eating Ben & Jerry’s. If you were not sure if the first move was anti-semitic, you can be sure now!

Israel’s Ben & Jerry’s franchise stuck its neck out for Israel. They tweeted they had received pressure to stop selling the ice cream “all over Israel,” but they resisted because “ice cream is not part of politics.” The CEO Avi Zinger was pressured intensely by Ben & Jerry’s parent company.

“I heard about the decision more or less together with everyone, but I have been under pressure for about a year and hearing demands to stop marketing in Judea and Samaria. Of course, I have been opposed to it all along. Ever since the operation in Gaza the pressure from the company has increased.” Zinger said.

They cannot enact their plan until the end of 2022 because of the contract that they made with Mr. Zinger.

I am not really an ice cream fan, but let’s not lose sight of the fact that Ben & Jerry’s Israel manufacturer buys local ingredients and employs hundreds of Israelis in their factory. Support the local guy, counter-boycott the international one (Unilever AND Ben & Jerry’s). A lot of Israelis must understand the complexity of the issue as well. Sales of Ben & Jerry’s in Israel went up 21 percent this week—after the announcement. But I would encourage all of our readers outside of Israel to boycott Ben & Jerry’s. Personally, I am not a fan of boycotting, but I will respond to an anti-semitic boycott with an anti-chunky monkey boycott!

For just $100 per month you can bring the gospel to 10,000 homes. Join us as media missionaries! GIVE NOW
VIEW COMMENTS
« God’s Word For You Today: You Have Been Chosen As A Child Of God Temple Mount and Western Wall Hotspots of Hostility as Jews Observe Sacred Day of Mourning »