Bennett and Biden Meet Delayed Due to Crisis in Afghanistan, Finally Meet Friday 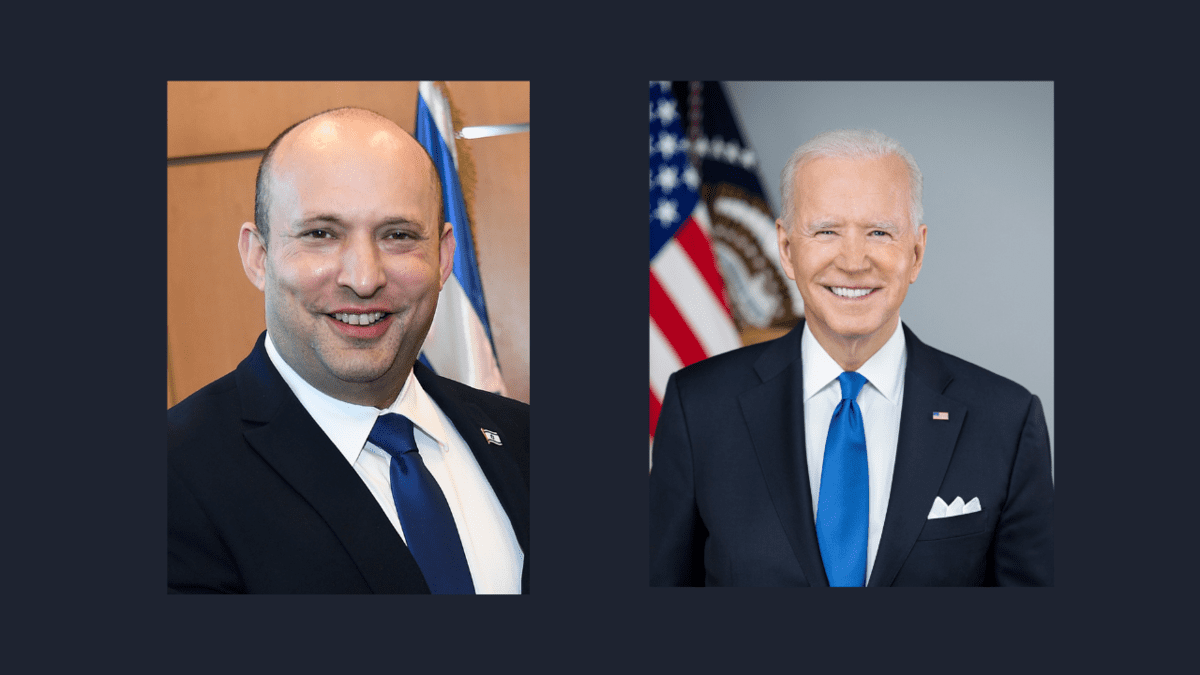 Israel Prime Minister Naftali Bennett is in Washington, D.C. to meet with U.S. President Joe Biden and discuss how to stop Iran’s race to acquire a nuclear weapon. But his meeting with Biden Thursday was delayed until Friday, due to the evolving crisis in Afghanistan.

Bennett has already met with top U.S. officials, but his main goal is to map out a plan with Biden to prevent Iran from becoming a nuclear threat. Bennett was set to fly home to Israel late Thursday to meet with German Chancellor Angela Merkel, but that has also been pushed back due to the developing situation in Afghanistan. Bennett, who is Orthodox, does not fly during Shabbat (Friday night to Saturday night), so he and his team will be staying over the weekend in D.C.

President Biden promised Bennett that Iran would “never” get a nuclear weapon. He also said that he hopes to achieve this outcome through diplomacy but also had “other options.”

A return to the failed 2015 Iran nuclear deal is unlikely now for the U.S. The negotiation talks in Vienna earlier this year have stalled. Iran has a new hardliner president. And America’s world diplomacy status has been tarnished by the ongoing controversial and embarrassing exit from Afghanistan.

While Bennett is in the States hoping to work out a plan with the U.S. to stop Tehran’s race to nuclear status, back home, the Israel Defense Forces are accelerating their plans to strike at Iran’s nuclear program, hoping to cripple it before it becomes fully operational.

“The state of Israel has the means to act and will not hesitate to do so,” Israel Defense Minister Benny Gantz said. “I do not rule out the possibility that Israel will have to take action in the future in order to prevent a nuclear Iran. Iran is only two months away from acquiring the materials necessary for a nuclear weapon. The international community must build a viable ‘Plan B’ in order to stop Iran in its tracks towards a nuclear weapon.”

Prime Minister Bennett and President Biden met to talk about their countries’ continuing battle against a mutual invisible enemy—COVID-19. Numbers are surging in both Israel and the U.S. Israel continues to advance in the fight with a third round of vaccines for citizens, as well as developing several innovative treatment protocols. Bennett said that the two leaders may also discuss the Palestinian situation, but the primary focus will be Iran.

One thing I noticed was that Bennett closed out his time in the Oval Office by quoting from a passage in Isaiah. Bringing the Bible into his official government interactions seems to be a “signature” move of his.