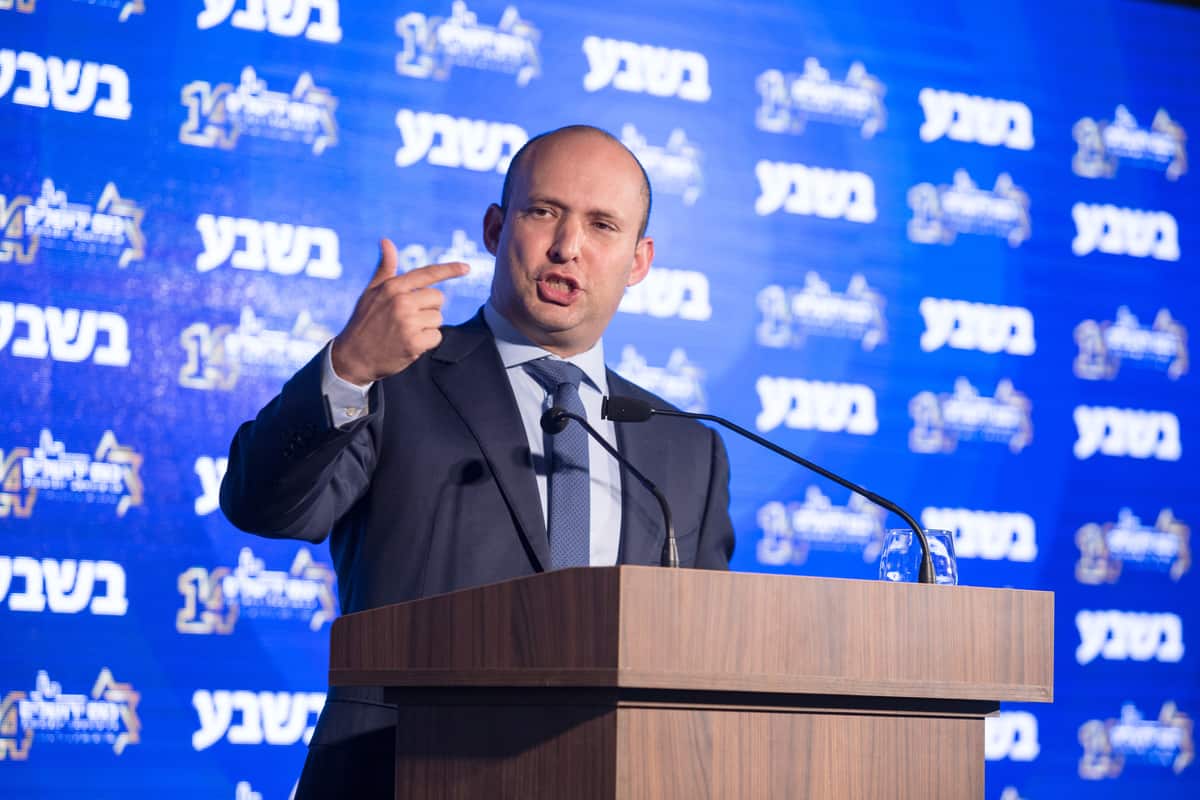 Jewish Home leader Naftali Bennett continued his hard line against concessions to Hamas on Sunday evening, saying that the understandings with the terrorist organization and the  reopening of the border crossings with Gaza were akin to paying it protection money.

“About a hundred years ago, the Italian Mafia began thriving in the United States. The Mafia devised a system: You choose a place of business, you start vandalizing it, burning it, threatening its employees, and then you show up and offer the owner ‘protection’ in exchange for money, that’s called protection dues,”  Bennett said in an address at the dedication ceremony for the new faculty of medicine at Ariel University.“

“For 140 days, Hamas has been burning our fields and our towns, firing hundreds of rockets at us, sharpshooting our soldiers and telling us: ‘If you meet our demands, we’ll stop the terror,” Bennett continued, adding that “Hamas has to understand that it will pay a mighty price for any harm to Israel’s citizens. Hamas should be afraid of hurting us, it should not gain from it.”

Earlier on Sunday, Defense Minister Avigdor Liberman lashed out at Bennett for criticizing the decision to open the Kerem Shalom border crossing on Tuesday,  saying “How can it be that the entirety of Israel’s security organizations have less of an understanding than one populist and messianic minister… I’m referring directly to Minister Bennett”.

According to Liberman, Bennett publicly challenged the decision not out of defense related considerations, but political ones. “He’s thinking of elections and playing a game of inner-party politics of the lowest form… Before you send soldiers to battle, we must exhaust all other possibilities, and that is how we are operating.” the defense minister said.