BREAKING
Israel-led Team Solves Mystery Why Lightning Strikes Fewer Times Over The Ocean...
Tourism In The Holy Land Is Soaring Back Up To Pre-Pandemic Highs
Lapid Speaks Directly To Palestinians—Offers Them “Another Way” Out Of The Ongoing...
Home News Bereaved Families Sign Petition Against Candidate for Chief of Staff

Bereaved Families Sign Petition Against Candidate for Chief of Staff 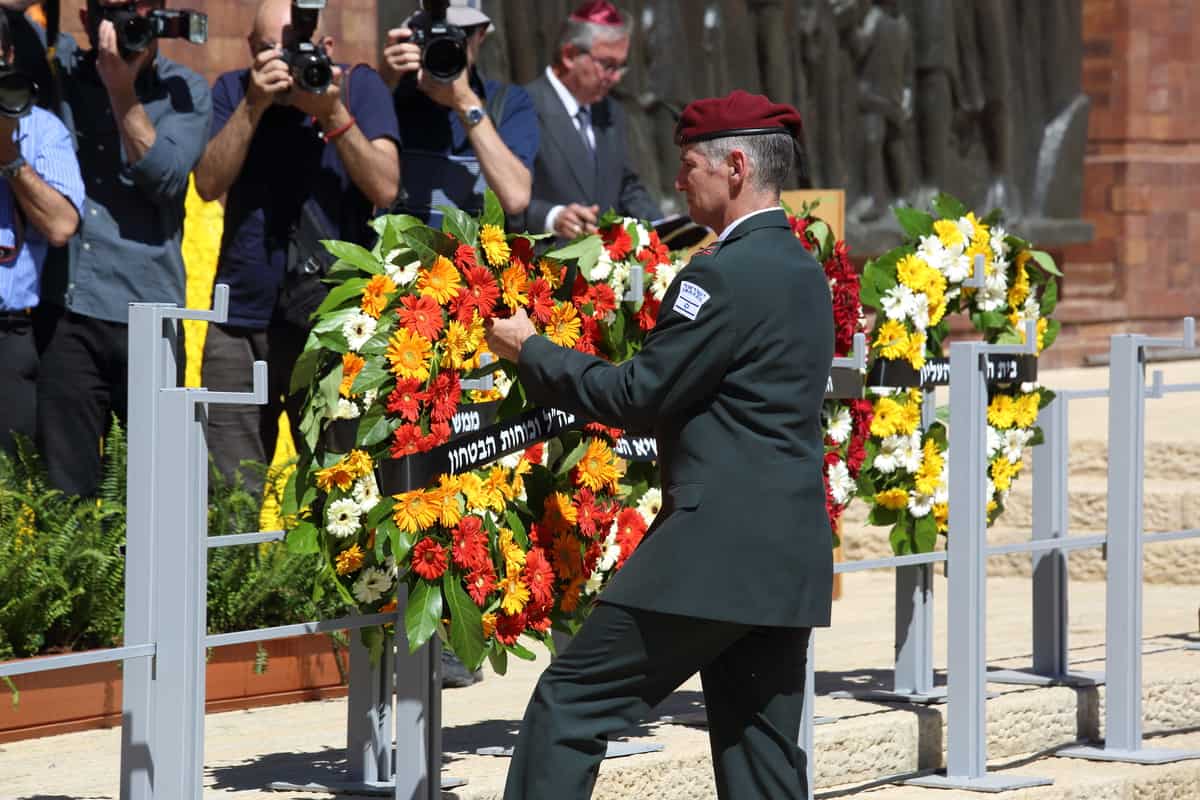 Over 100 bereaved families have signed a petition presented to Defense Minister Avigdor Liberman demanding that Maj. Gen. Yair Golan be removed from consideration to be the next IDF Chief of General Staff, saying that he “preferred the lives of enemy civilians over those of IDF soldiers.”

The petition cited several statements made by Golan in the past, including a recording of the former deputy chief of staff, where he spoke about the way the IDF balances risks of collateral damage against operational needs.

“It’s unacceptable that in the name of preventing risk we would decide that now we are going to mow down an apartment building. You would kill women, children, those involved. It’s intolerable,” Golan is heard saying in the recording, adding that if “an army unit needs to take risks in order not to harm bystanders, yes, it will take those risks not to harm bystanders.”

“Not in every combat situation are we all right-wing, are we all about to be slaughtered, and not every woman is hiding a terrorist behind her,”Golan continued, “I expect commanders to understand situations and take reasonable steps.”

The families also cited a controversial 2016 statement by Golan which they said was further proof he is unfit for the job. In an Holocaust Remembrance Day ceremony,  Golan said Israeli society is becoming more extreme and compared processes taking place within Israel to those that took place in Germany in the years leading to World War II. “If there is something that frightens me in the memory of the Holocaust, it is identifying horrifying processes that occurred in Europe…70, 80 and 90 years ago and finding evidence of their existence here in our midst, today, in 2016,” Golan said at the time.

Im Tirzu, an NGO that describes itself as a “grassroots Zionist organization” and is accompanying the bereaved families, said in a statement that: “A worrying picture comes from these statements of a commander who is prepared to take necessary risks with the lives of his soldiers,” the petition read, “As bereaved parents, siblings and spouses these quotes very much concern us. A man who thinks the blood of our children is cheap cannot protect or command them.”

Im Tirzu Chairman Matan Peleg said: In order to ensure the survival of the State of Israel, the IDF must educate it soldiers and commanders to strive for victory… Yair Golan’s words prove that he may be fit to command the Red Cross, but definitely not the IDF.”

Responding to the petition, Defense Minister Avigdor Liberman said: “Maj. Gen. Yair Golan is an excellent and brave officer, who has devoted his life to the security of the State of Israel. The smear campaign being waged against him in recent days will have no effect on the process of selecting the next Chief of General Staff.”

Liberman has interviewed four candidates, Maj. Generals Aviv Kochavi, Nitzan Alon and Yair Nitzan, as well as Golan. The four will now be interviewed by Prime Minister Benjamin Netanyahu before a final decision is made. The new chief of staff is set to replace the incumbent Lt. Gen. Gadi Eisenkot on December 31.

Also responding to the petition was Yad Labanim, an organization dedicated to honoring the memory of Israel’s fallen soldiers. In a statement released on Monday, Yad Labanim accused Im Tirzu of taking advantage of bereaved families in order to promote their political goals.

“Im Tirzu is desecrating the bereaved families, and is taking advantage of them in order to further their obvious political goals,” the statement read, adding “It is not surprising that the organization that brought us the ‘Foreign Agent’ campaign, is now managing to sow conflict between bereaved families.”

Yad Labanim was referring to a 2015 campaign called “Exposing the Foreign Agents,” in which Im Tirzu accused several prominent Israeli public figures of being foreign agents for European governments who do not have Israel’s best interest at heart. Among those accused were world renowned Israeli author David Grossman, himself a bereaved father, after losing his son Uri in the Second Lebanon War in 2006.