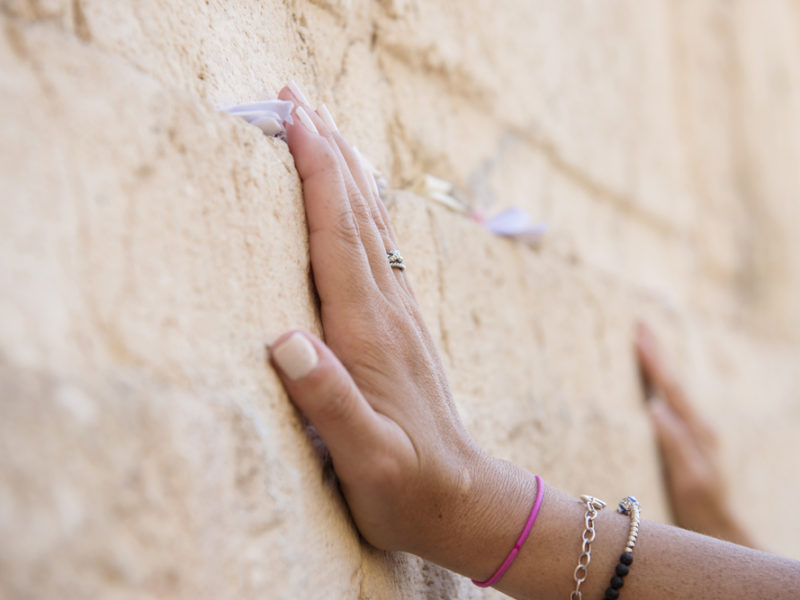 We all have prayer needs: for direction, healing, a job, patience, for our family, our church, our neighborhoods, and for the world. To God, there is no small prayer. There are numerous accounts in the Tanakh and the Gospels of God’s people on their knees in prayer. Daniel prayed three times a day; David has an entire book of the Bible filled with praises and prayers; Abraham, Isaac, and Jacob prayed to God; Moses would continually pray for the Israelites; most importantly, Jesus prayed – as a model. It is still important today. In Jerusalem, there is a wall dedicated to prayer, and Beth Yeshua International has brought that emblem of prayer to the US.

Beth Yeshua International: Prayer Needed in the US

“If my people who are called by my name humble themselves and pray and seek my face and turn from their wicked ways, then I will hear from heaven and will forgive their sin and heal their land.”

It began in 1962 with one court case that would change the face of a nation. Over the next year, prayer, as well as Bible reading, would be abolished within the American school system. From there, unless you already had a religious upbringing or attended a church service, you would not have experience with prayer. Unfortunately, that is where society is today; prayerless and clueless about the power of prayer.

In today’s non-offensive movement, it could be costly to profess faith and pray to God. We see what happens to those in the spotlight who take a stand for Christ. They are shunned and rebuked, all the while those who stand for un-Biblical standards are praised and rewarded. One cannot openly pray before a sporting event, before a city council meeting, or even before a meal at a local restaurant without somebody taking offense. Even Christians are straying from prayer out of fear of reprisal.

Most people do not pray anymore outside of the four walls of a church, or perhaps a brief prayer over a meal. We wonder why bad things happen; we blame God for allowing hunger, suffering, and natural disasters. But how can God work within a prayerless society? Yes, God knows all; He is omniscient. But He still wants us to voice our hurts and struggles with Him. When we stop praying, we close the door on allowing God to work in us. God can act, but He is also a gentleman, He will wait for us to ask before He begins to work.

Beth Yeshua International aims to change the way the world feels about prayer with a unique perspective; the history of prayer to the Jewish community. Namely the Western Wall in Jerusalem.

The Western Wall is significant to the Jewish community. It was once the western retaining wall of the Second Temple. Its importance was because the western wall was the closest place to the Holy of Holies that someone who was not a priest could go.

In Israel, during the time that Yeshua walked the earth, the temple stood. Although Herod controlled it, the temple still had meaning to the Jewish community. However, the temple was destroyed in 70AD after a Jewish revolt failed. One of the last remaining pieces of the temple left was the Western Wall. There it remained for centuries.

In 1956, during the rule of Suleyman and the Ottoman Empire, an earthquake occurred, but the wall stood. The area was cleared and made into a place for Jews to pray. There was a brief time where it was under Jordanian rule and Jews were prohibited from entering. However, after the Six-Day War in 1964, Israel controlled the area once again. They rid the section of Muslim structures and once again used the Western Wall area for prayer.

Beth Yeshua International is a Messianic Jewish synagogue in Macon, Georgia. They minister to their community through teaching God’s word, outreaches, and unique ministry opportunities.

The Western Wall has stood for nearly 2000 years. It was significant to the Jewish people when Nehemiah began to build the second temple. There was significance during the times of Jesus when it surrounded the second temple; it was the closest place to where sacrifices were offered to God within the Holy of Holies. It remained significant after the second temple was destroyed as it was the only structure left standing. Even today, Jews will migrate from all over the world to visit this highly religious site and submit their prayers to God.

In 2013, Rabbi Hershberg and his congregation began to build a replica of Jerusalem’s Western Wall where people could come to pray. He says that he knows that walls in themselves do not have the presence of God but hopes that people will know that God still hears prayer.

Beth Yeshua International has brought the ambiance of a Prayer Wall to the congregation in Macon, Georgia. Considering the prayer needs around the country, they want to share it with those across the US. However, Rabbi Hershberg says in an interview with a local television station, “I believe that we need to have a wall like this… in each state in the United States of America,”

It is amazing to witness this belief in prayer. Not that we need a wall to pray to God, we can do it from anywhere. It is the community spirit that is prominent here. The act of brothers and sisters in Christ joining together in prayer. Whether it be for our sick puppy, an aging relative, an empty pocketbook, or the governing powers of the nations; God hears prayer. And as we opened with, if we unite together in humble prayer, God will hear us, and heal our land.

For just $100 per month you can bring the gospel to 10,000 homes. Join us as media missionaries! GIVE NOW
VIEW COMMENTS
« A Word For Men: The Diligent vs The Sluggard The Unique Nature of the Messiah in Hebrew »