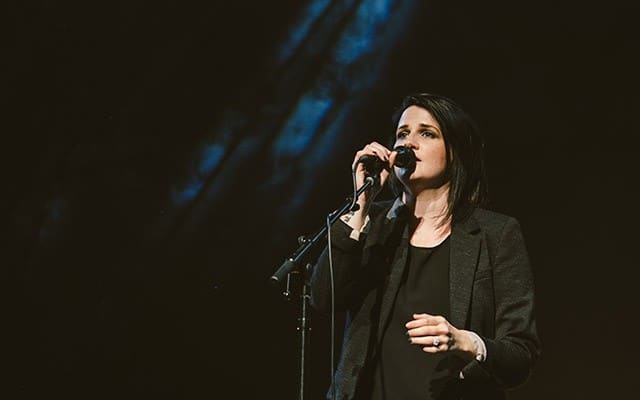 The brand new album by Amanda Cook, House On A Hill invites listeners to discover the gentle voice of God in a place of stillness and receive rest and healing. It is Amanda’s second album with Bethel Music, a sequel to her debut album Brave New World in 2015.

“House On A Hill”

Amanda reemerged to her fans on social media late last year with a note about “going quiet for a while… to lean into the resting place where sound comes from,” and hinting on the new music she was working on.

Then, on April 1, Amanda she released House On A Hill and you can watch the title track in the video below. It is the product of her being secluded in the wooded hills of Nashville, TN for two months.

“I think it’s really essential to create rhythms of rest. There are some things that only actually ever happen when we slow down long enough to be still and let everything catch up to us. It’s the wound in us that wants to be healed that’s trying to catch up,” she says.

Amanda wrote and recorded the new album with few of her closest friends including Grammy-winning producers Jason Ingram and Paul Mabury and long-time collaborator Steffany Gretzinger.

“In that space, when things were really tender and fragile, I thought it was important to keep friends close and just create a space that felt really vulnerable and intimate,” she added. “I can’t really wrap words around it. It was just the healing that comes from being with people; being with friends; being known and seen and loved.”

Originally from Winnipeg, Canada, Amanda has a dynamic history as a worship leader and songwriter that began at a young age. She has been a part of Bethel Music since 2010 and currently ministers throughout the USA and internationally.