Between Land Day In The Negev And Ramadan In Jerusalem: Efforts To Prevent Security Deterioration 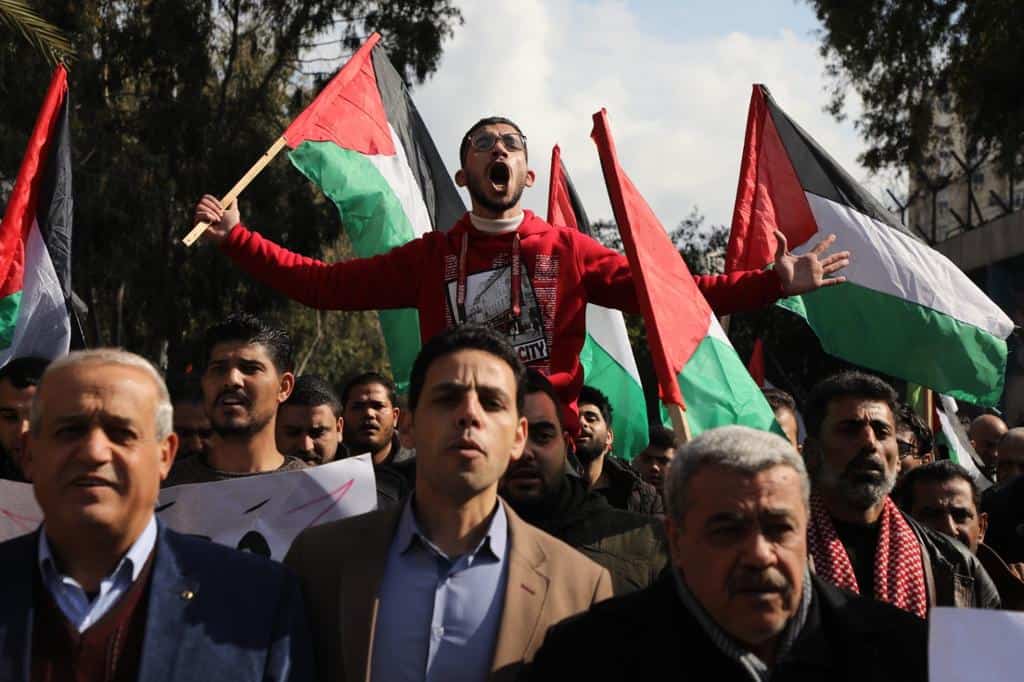 Security tensions are rising ahead of Ramadan.

Palestinian sources report that factions in the Gaza Strip are considering resuming violent clashes with IDF forces on the Gaza Strip border fence and resuming the activities of the night attrition units as part of what they call the “popular protest.”

Sources report that some factions in the Gaza Strip intend to hold events taking advantage of the Negev and Jerusalem issue and organize two large rallies to mark “Land Day,” which will occur on March 30, adding that the factions are considering holding activities in the Palestinian Authority as well.

The activity planned to mark “Land Day” could be the opening shot in a series of events that will lead to an escalation in the month of Ramadan, which will begin two days later and in close proximity to Passover and towards Israel’s Independence Day.

At the end of the week, the “National Committee for the Support of Israeli Arabs” was established in the Gaza Strip. A Hamas spokesman said at the event that “the meeting of national and Islamic forces in Gaza is a historic event, and the announcement of the establishment of a committee to support Israeli Arabs is intended to prove that our people are indivisible.”

Israeli Minister Zeev Elkin’s intention to resume planting in the Negev, including in areas where violent clashes took place two months ago, is already receiving attention on the Palestinian side, but the fear of escalation stems from a series of further developments, including the diverted global attention from the Palestinian issue in the wake of the crisis in Ukraine, pressure on the Palestinian Authority to freeze security coordination with Israel, tensions between Fatah and Hamas, and due to Israel’s intention to approve the construction of housing units in Jerusalem.

In eastern Jerusalem, which was at the center of events last May that led to Operation Guardian of the Walls, Palestinians are warning against Jews ascending the Temple Mount on Purim and the Passover holiday, in parallel with Ramadan. Sheikh Akram Tsabari, a preacher at the Al-Aqsa Mosque and head of the Supreme Muslim Council, called on Muslims on Sunday to increase their presence in mosques in the east of the city “and to repel the attacks of Jewish worshipers.”

Sheikh Tsabari also called for the prevention of Purim ceremonies on the Temple Mount, and explained that “such comic ceremonies hurt the feelings of Muslims.”

News sites and social media activists are monitoring the activities of Jewish organizations on the Temple Mount, and Hamas is threatening escalation following the upcoming Purim ceremonies at the holy complex.

Hamas spokesman for Jerusalem affairs, Muhammad Hamada, said “calls for Purim ceremonies are a crime and provocation” and the Twitter page of “Jordanian Youth for Jerusalem” claimed that “dangerous news is spreading about the call of extremist temple groups to storm the Al-Aqsa Mosque on Purim.”

Nasser al-Hadmi, head of the Jerusalem Committee against Judaization (of Jerusalem), said in an interview that “the city is marching towards an explosion in the month of Ramadan” and explained that “Israel intends to house the Jews who emigrated from Ukraine specifically in Jerusalem.”

Israel has been in a series of contacts recently to prevent a deterioration in the month of Ramadan. Arab sources claim that the issue came up at a meeting between Foreign Minister Yair Lapid with Hussein A-Sheikh, the Palestinian Minister of Civil Affairs, and with King Abdullah in Jordan.

The Jordanian news agency Petra reported that during the meeting, the king stressed the need not to harm the status quo in Jerusalem and to keep quiet while stopping all unilateral measures that undermine the two-state solution.

The Al-Quds Al-Arabi newspaper claims based on Palestinian sources that “Israel is pressuring the Palestinian Authority not to freeze security coordination and not to turn to UN institutions for membership, which could worsen the situation in the region.”

This is due to the pressure exerted on PA head Mahmoud Abbas by PLO institutions and especially by the Fatah Central Council, which demanded a freeze of the security coordination, withdrawal from the recognition of Israel, and intensifying the “popular struggle” against Israel.

Security tensions in Jerusalem increased recently when four stabbing incidents occurred within five days and tensions are also growing in the PA, and Palestinian sources claim that the number of shooting incidents in the Shechem (Nablus) area alone, in the first half of March, stands at 12 incidents.

The Palestinian Authority is aware of the deteriorating security situation and is also increasing arrests against Palestinian terrorists. A Palestinian human rights organization recently reported that the PA had arrested dozens of students and released prisoners.