Bible-Believing Christians and Millennials – Do they Really Want to Burn Us at the Stake? | God TV
Articles 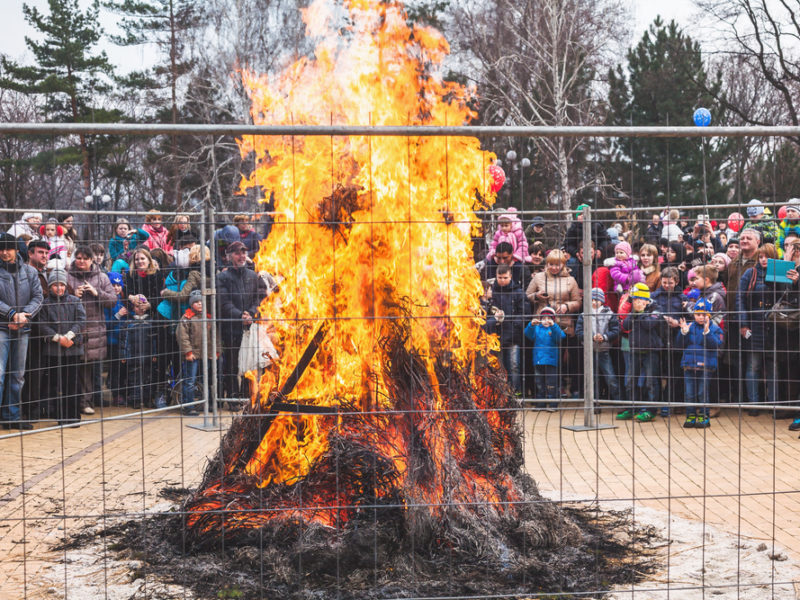 In response to our Bible-based video “Can You Be Gay and Christian?” someone posted, “Dude you can’t say this stuff in 2018, my fellow generation is coming to burn you at the stake and I won’t join in, but you bet I’m just gonna sit back and watch. This is why I reject God. Homophobe Christians like you and my family.”

That’s right. It’s 2018. It seems Biblical views can no longer be tolerated by some. Do they really see us as antiquated heretics to be burned at the stake. Are we hateful dinosaurs like this don’t deserve to live?

Lest you think this was an isolated comment, consider that hours before, these comments were also posted: “Kill yourself, dude. Please and thank you,” and “I hope you die a slow, painful death. sincerely, an atheist asexual and homosexual gal.”

These can be added to a steady stream of similar comments over the months and years. But the frequency and intensity and harshness of these comments is growing by the hour. Are we aware? Are we ready? And do we recognize the generation gap that is deepening before our eyes?

Those threats have now been replaced by rights-suppressing acts of violence by groups like Antifa. What’s coming next?

Some readers (perhaps some millennials?) will say, “Old man, no one wants to burn you at the stake. Quit being so paranoid.”

But this is not paranoia in the least.

First, I gave my life to the Lord in 1971. Death threats, whether real or full of hyperbole, only embolden me. I speak for millions of other Jesus-followers when I say this. (Also, for the record, at 63 today, I’m far more alive than many teenagers.)

Second, I’m a realist, not a pessimist. The handwriting is there on the wall, loud and clear, even if it doesn’t mean literal attacks on our lives. The hostility and opposition are getting uglier by the day.

When I began to say in 2004 that those who came out of the closet wanted to put us in the closet I was greeted with the refrain, “No one wants to put you in the closet!”

A few years ago, that refrain turned to, “Bigots like you belong in the closet!”

When I repeated the words of a Christian attorney that gay activists who had once been put in jail would want to put us in jail, I was mocked and jeered. “No one wants to put you in jail!”

Yet when Kim Davis was jailed for her convictions, she was likened to ISIS and her sentence was applauded.

What’s coming next? Perhaps a street preacher will be assaulted for sharing the Gospel at a gay pride event? Perhaps someone will throw a brick through a church window hours before a conservative Christian event?

A fine pastor on staff at a megachurch in California told me that none of his children (all older teens or young adults) share his views on homosexuality. Yet they were raised in the faith.

They were also raised in an increasingly anti-God climate. And it appears this pastor and his wife failed to recognize just how serious the onslaught had been. Now is the time to wake up.

I’m thrilled that there is a growing army of young conservative voices, many of them solidly Bible-based. And as I’ve stated repeatedly, I believe LGBT activists (and others) will overplay their hand and that there will be a concerted, godly pushback.

But with oppressive bills like California’s AB 2943 on the immediate horizon, we will find ourselves swimming against the tide more and more. And the consequences of doing so will be higher as well.

Just today, an email was forwarded to me by a California woman. She wrote:

Regarding your comments on CA AB 2943:

If you do not like our laws which protect us from immoral Christians, then I suggest that you do not come to California. This law only applies to California, not North Carolina.

In California we make laws based on reason and science, not religious nonsense from an invisible God.

You can also tell your friends who live in California that they are free to leave California if they do not like the pagan lifestyle here in our great state.

Note those words: California laws protecttheir citizens “from immoral Christians” who base their views on “religious nonsense from an invisible God.”

Really now, why should people like us have any special rights – or rights at all? They think our faith is toxic and destructive, and people should be protected from it (and from us). That’s the spirit of the hour.

The younger generation in particular has imbibed this attitude, which is why I wasn’t in the least bit surprised to read the “burn you at the stake” comment. But it reminded me to remind each of us to: 1) reach out more to these young people, understanding what makes them tick; and 2) deepen our own convictions and take a firmer stand.

Challenging days are ahead.

For just $100 per month you can bring the gospel to 10,000 homes. Join us as media missionaries! GIVE NOW
VIEW COMMENTS
« Making Sense of Suffering The Church Can Play A Huge Role in Combatting Suicide, Especially Amongst War Veterans »