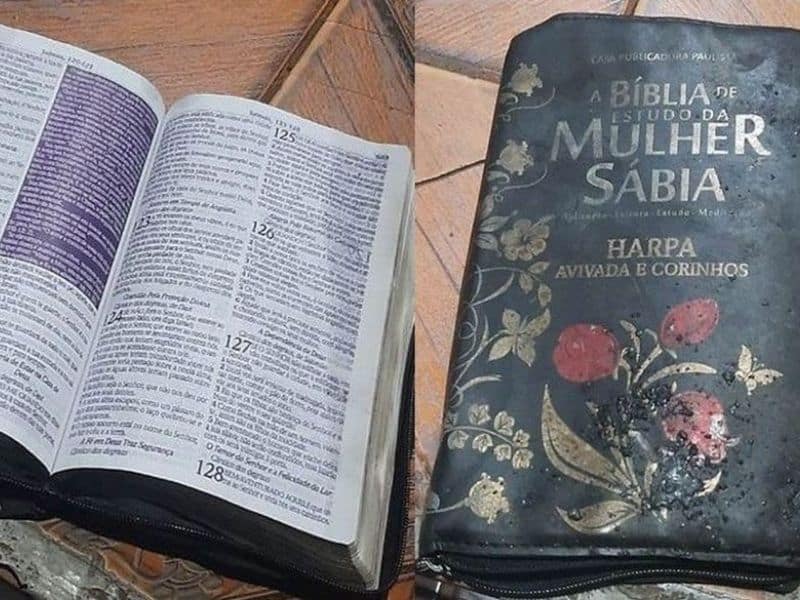 A fire burned down the residence of a local in Brazil. While the incident is a complete tragedy, the Bible unharmed from the fire gives them hope to move forward.

Andressa Cristina Alves, pregnant with their second child, was with her one-year-old son at home when the fire started. She said neighbors had to warn her about the fire because she did not notice the smoke at all.

“I had closed everything and went to clean the kitchen,” she recalled. “Then I put on music and didn’t notice any smell. When the neighbor came to the window telling me about the fire, I couldn’t believe it. I picked up my kids and ran outside. It was the right time for the fire to take over.”

The fire department declared the total destruction of the house since most of the building was affected. They suspect a short circuit caused the fire. 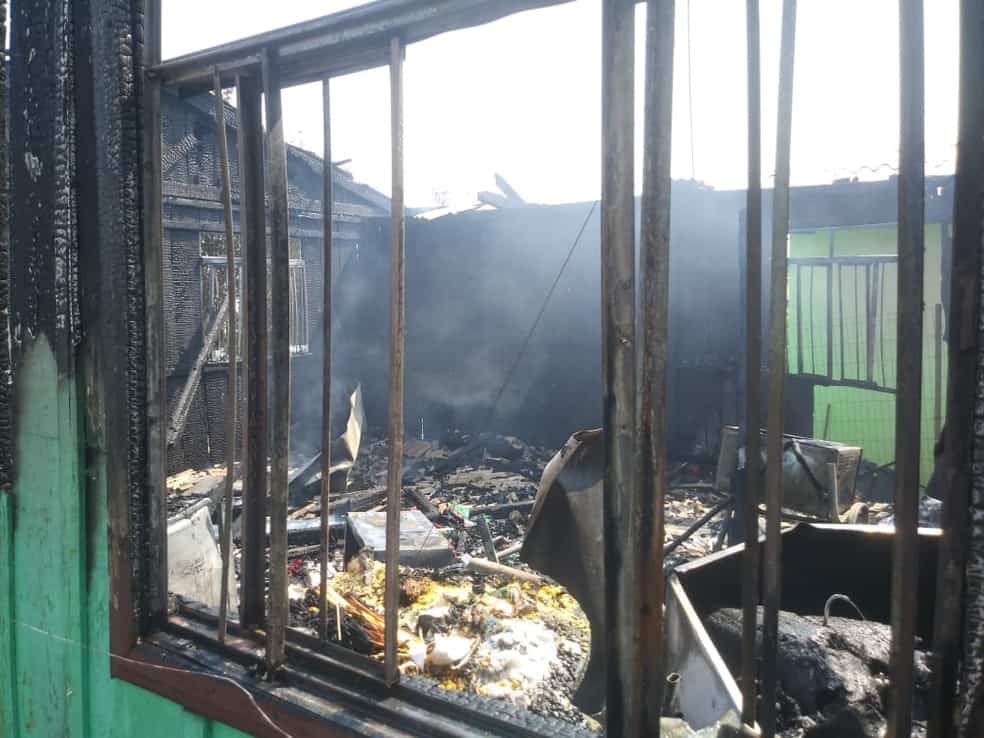 The firefighters discovered the corner where the Bible was in but the flames did not reach it. Although it was in a room caught by the blaze. Additionally, the chest on top of the Bible and pieces of clothing near it was also unharmed.

“When my sister found it, she said she got goosebumps,” Andressa said. “I believe it was a sign from God, showing that his word is true and that the most important thing is God. The Bible didn’t burn and its paper, so He wanted to show that no one touches His children. ”

Andressa’s husband, Rodrigo, was grateful nothing happened to his family. With regard to the unharmed Bible, he said he had no idea. “I don’t know what happened and why the Bible didn’t burn. With that we think that life is what matters most, we are alive! Everything else we conquer again,” he shared.

The family is now temporarily staying in Andressa’s mother’s house. After the news broke out, neighbors and friends donated furniture to the couple. “Thank God there are still good people in the world. I am very grateful to those who helped us, we already have practically all the furniture ”

ALSO READ: Church Unharmed From Wisconsin Protest Burning, Says God Spared Them To Be The Light