BREAKING
Israel-led Team Solves Mystery Why Lightning Strikes Fewer Times Over The Ocean...
Tourism In The Holy Land Is Soaring Back Up To Pre-Pandemic Highs
Lapid Speaks Directly To Palestinians—Offers Them “Another Way” Out Of The Ongoing...
Home Articles Biden Rejects US Progressive Democrats’ View of Israel: “They’re Wrong” 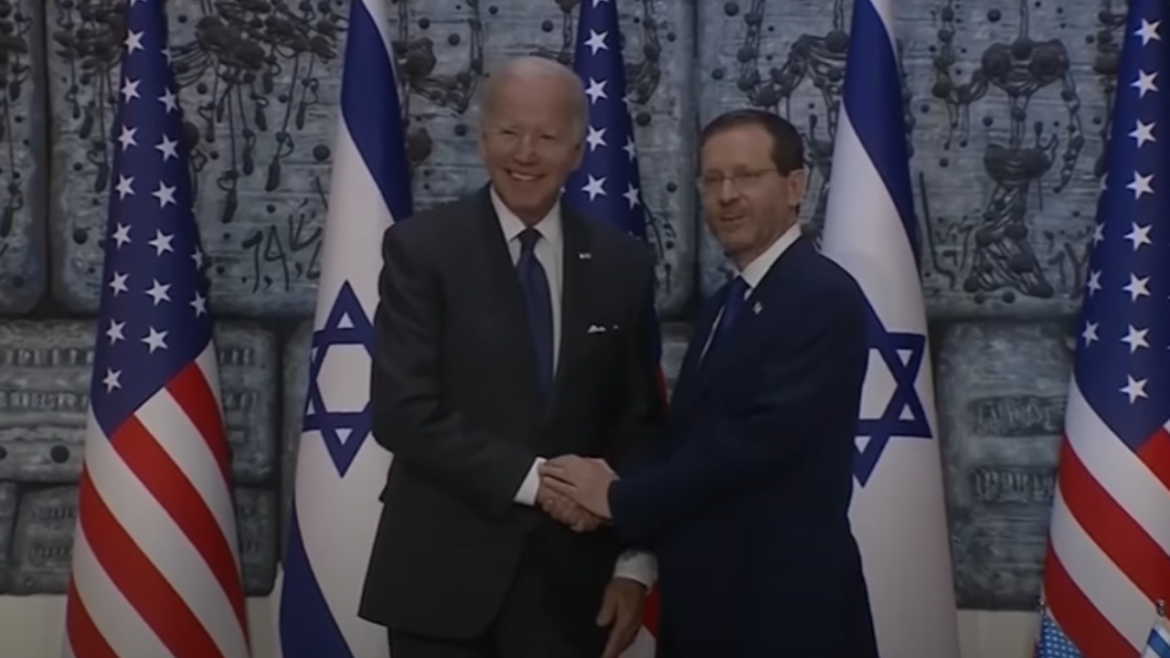 US President Joe Biden is part of a dying breed in the Democratic Party—one who still stands with Israel. As Congresswomen such as AOC, Rashida Tlaib (of Palestinian descent), and Ilhan Omar (US-Somali Muslim) gain influence over the party’s policies, moderate Democrats like Biden who remember the miraculous birth and struggles of Israel, the only democracy in the Middle East, are fading from power.

This week, in an interview with Israel’s Channel 12, President Biden said, “there is no possibility, I think, of the Democratic Party or even a significant portion of the Republican Party walking away from Israel.”

In the last year, there have been attempts in Congress to halt funding for Israel’s Iron Dome and calls among Democrats, especially for greater condemnation of Israel’s treatment of the Palestinians.

There was also the recent incident where a veteran Al Jazeera reporter was killed in the West Bank during a skirmish between Israel’s security forces and Palestinians. Palestinian-American journalist Shireen Abu Akleh was killed during an Israeli raid in Jenin after a series of terrorist attacks in Israel. The Palestinians blame Israel. Lawmakers in the US from both the House and the Senate have called on the Biden Administration to investigate her death independently.