BREAKING
At Least 1 Killed, 22 wounded In Bombing In Jerusalem by “Organized...
United Arab Emirates To Include Holocaust Education In School Criteria
US Group Wants Israel To Become Key Hub For Medical Supplies, Replacing...
Home News As Bill Cosby Awaits Sentencing, May He Have a Repentant Heart

As Bill Cosby Awaits Sentencing, May He Have a Repentant Heart 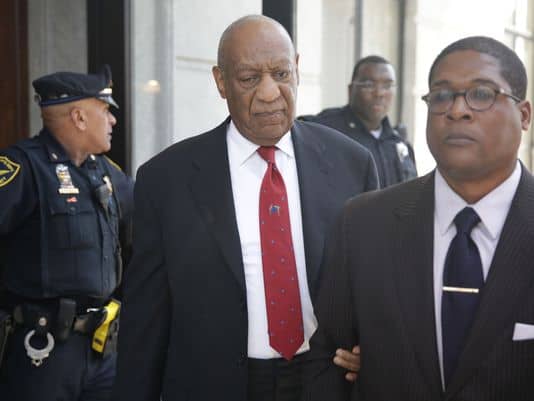 Bill Cosby has been found guilty of aggravated assault against Andrea Constant, over charges dating back to 2004, in Philadelphia. Cosby is still awaiting sentencing, now the jury has officially found him guilty of this crime. However, this verdict does not automatically mean he will go to prison.

All of this will last for about 75 days until Cosby’s sentencing appearance when Judge O’Neill will decide the time he will serve. As the sentencing hearing approaches, we pray that the women who came forward receive healing and peace and may God soften the heart of Bill Cosby so he can experience true repentance.

“Let every person be subject to the governing authorities. For there is no authority except from God, and those that exist have been instituted by God. Therefore whoever resists the authorities resists what God has appointed, and those who resist will incur judgment.” (Romans 13:1-2)

Cosby was convicted with three counts of aggravated assault and each of these convictions carry up to 10 years in prison, equaling a total of 30 years that he could potentially serve. Because he is 80-years-old now, blind and with rapidly declining health, any amount of time could possibly mean that he will be living out the remainder of his life in prison.

Although Judge O’Neill could choose to take Cosby’s age as a reason to lower the sentence, there are some who believe that the chance for a victim testimony at the sentencing hearing will sway the judge to not take pity on Cosby. Also, during the announcement of the guilty verdict, Cosby was heard shouting at Montgomery County District Attorney Kevin Steele, which might be another nail in the coffin of Judge O’Neill’s impression of Cosby’s character.

Another possible outcome at Cosby’s sentencing hearing is that his lawyers will argue a convincing case for house arrest by proving that a prison will not be able to adequately care for the blind and ailing former comedian.

Even with all of this up in the air, one thing is for certain: Cosby will be spending the majority of the rest of his life in a courtroom fighting the many cases that have come up against him. His lawyers fully intend on appealing this recent guilty conviction; while also preparing for the next three civil cases that have been waiting to resume in their proceedings. In addition to these criminal cases, Cosby has had several lawsuits filed against him in civil courts across the USA.

Bill Cosby, once a beloved actor and comedian, is guilty in the eyes of the law for unspeakable crimes against women, and is answering for these atrocities. The funny family man, Dr. Huxtable, will no longer be the image of Bill Cosby in our heads. The curtain of innocence and ignorance has been pulled aside and we see the depravity of the inner man.

This is a warning for all who would misuse their celebrity status to abuse others, that ultimately justice will be served.