BREAKING
Lay Aside The Old Self
Ben And Jerry’s Staying In Israel, But Founders Aren’t Doing The “Chunky...
Israel Has a New Prime Minister
Home Faith Billy Graham and a Vision at the US Capitol Rotunda 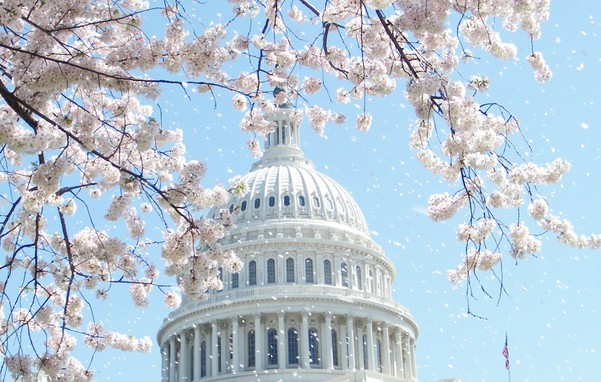 On Wednesday, February 28th, I was with my family at the US Capitol honoring the late Billy Graham. It was a historic event that we didn’t want our family to miss. We were in the rotunda at 7:30 pm, staying until 7:50 pm, right before closing. There were still many people paying their respects to the revered evangelist. I heard some people quietly worshipping God while others were obviously in prayer, thanking God for Billy Graham’s life and eternal impact around the world.

I took my time with my family in the rotunda, staring at the very humble coffin. I never had the opportunity to meet Billy Graham, but I always admired him and the countless souls saved through his ministry.

While focusing on the Lord, I was given a vision. Above us was the fresco called the “Apotheosius of Washington” I saw a mantle falling to the ground. I was immediately reminded of when Elijah was taken up in the fiery chariot and his cloak fell to the earth in 2 Kings 2. Before the prophet was taken, his student, Elisha, asked for a double portion anointing.

Elisha witnessed when the fiery chariot took up Elijah, and the prophets cloak, or mantle, fell to the earth. Elisha picked up the cloak, and as he carried it back the other prophets saw that the spirit of Elijah rested on Elisha. He now carried the authority and anointing of his predecessor, which was symbolized with him possessing the prophet’s cloak, or mantle.

Standing in the rotunda, when I saw the mantle falling from above, I asked the Holy Spirit, “Who will take the mantle of Billy Graham?”

But then I heard the Holy Spirit say, “It is not for just one person, but for a generation. The anointing for revival is for a generation that hungers and thirsts for righteousness. It is for a generation that knows Me intimately. When Billy Graham received his anointing, it was also available to others as the mantle belongs to the Lord and He gives it as He wills, yet many are called but few are chosen. And many decided not to walk with the mantle of the Lord, but Billy Graham was a willing vessel, surrendered to the Risen Savior. But now, the mantle, the authority and the anointing that he had on his life is available to this present generation who will make a way for the coming awakening.”

The vision was short, but it repeated itself within my spirit over and over again as we drove home. This emphasized its importance, that the mantle is not for one specific person, but for a generation that knows the Lord intimately.

I began praying for the generation that will pick up the mantle of the Lord, carrying the Gospel around the world like never-before, honoring those who have blazed the trail before us. The anointing for this is accelerating as those who hunger and thirst for righteousness are saying, “Here I am Lord, send me,” as one of the greatest preachers of our time has passed on to his Heavenly reward. And those of us crying out know we need to pick up the mantle and carry the anointing of the Holy Spirit to the ends of the earth.