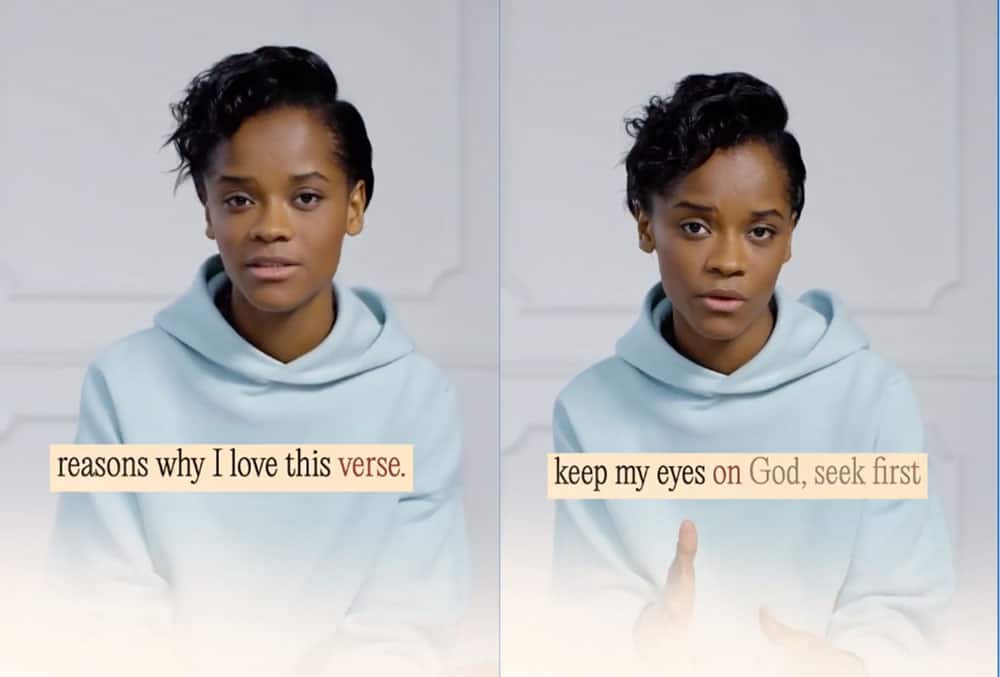 In a recent video that YouVersion shared on Instagram, Letitia Wright revealed her favorite Bible verse. Through the verse, she encouraged the viewers always to put God first. 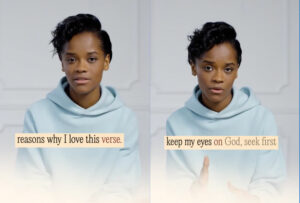 “This verse means a lot to me because it reminds me to just keep my eyes on God, seek first His Kingdom,” she said. “And when I do this, everything will be added on. You know, everything that I need, He’ll supply it for me. So, I just love it.”

Further, the actress revealed that it’s one of the verses she had when she “first became a Christian.” She held dearly to the Word and continues to stand upon it today.

“So, I just pray that this blesses you today,” Letitia told the viewers.

In the past, the Black Panther star suffered from depression until she found God. After giving her life to Jesus, doors began to open for the actress. She eventually landed a major role in Marvel Studios’ movie Black Panther, where she had her most significant break in the industry.

In an interview with The Hollywood Reporter in 2018, Letitia revealed how God confirmed to her that she would have the role of Princess Shuri in Black Panther.

Apparently, the actress checks in with God every time before accepting a role. Regardless of the big name or big budget, Letitia would not hesitate to decline if God told her not to do it.

“Am I right for this part? Is this what I should be playing? If something feels off in my spirit, I know that’s God’s way of saying, ‘You shouldn’t do that,'” she remarked.

At one point, she also took a break from acting to get right with God and protect her relationship with Him.

Today, despite some opposition, Letitia continues to be vocal about her faith. She often uses her platform to share and proclaim her faith to the public.