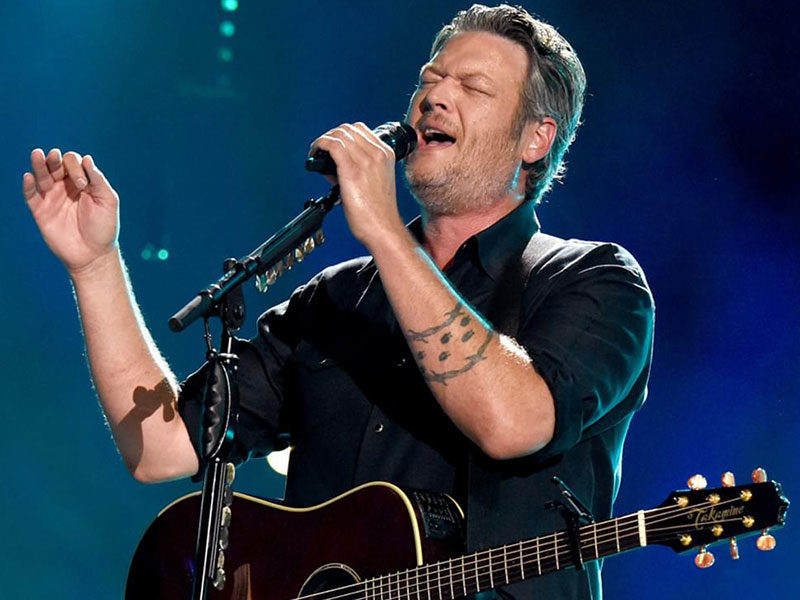 On Wednesday night, the Academy of Country Music Awards held its 55th award show in Nashville, Tennessee at Music City’s Ryman Auditorium. And Blake received the Single of the Year award for his song “God’s Country.” He beat out other nominees like Old Dominion, Kacey Musgraves, Lee Brice, and Lady A.

Blake Shelton: Single Of The Year

Then he went to share his gratitude with the people who helped him with his single. And he especially mentioned his girlfriend Gwen Stefani, who has encouraged him to turn a page on his life.

“Thank you, Gwen Stefani, for continuing to encourage me to keep doing this and keep trying. And being my inspiration,” he told her. “Thank You, God, thank you, everybody. Single of the Year, yes!”

Blake and Gwen also performed the single “Happy Anywhere” in the award show.

God TV previously reported that the country music singer publicly credited his girlfriend for strengthening his relationship with God. In an interview with The Tennessean, he revealed his rededication to God.

“I believe in God now more than I ever have in my life. The biggest part of that is just how [Gwen] came into my life and now our relationship,” he said.

He then added, “If you take God out of it, it doesn’t make sense. If you put God into it, everything that’s happened with us makes sense.”

Today, Blake is in the process of strengthening his relationship with God as well as attending church more often. And his faith-filled music that became the No. 1 award-winning country hit, “God’s Country” speaks of it.

For just $100 per month you can bring the gospel to 10,000 homes. Join us as media missionaries! GIVE NOW
VIEW COMMENTS
« Israel Exposes Agents Run By Iran’s Quds Force And Hezbollah 3 Ways To Raise Confident Kids »