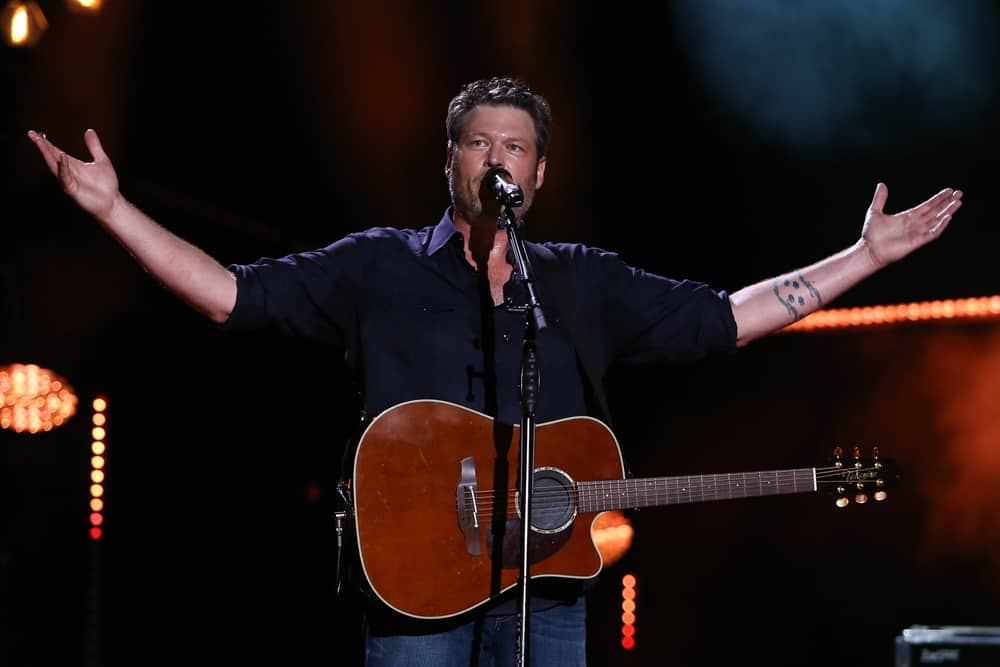 Perhaps no music genre captures humanity’s divided nature as much as country music does. Although country music emerged in the Southern “Bible Belt” and many country singers tout their Christian beliefs, their songs are riddled with alcohol, one-night-stands, and other negative coping mechanisms. But so are many people’s lives. Because people can identify with it so well, country music has stolen many hearts.

And yet some of Blake Shelton’s fans are stumbling over his new single, wondering how to interpret it. The country superstar admits this song – “Savior’s Shadow” – is “from a different place,” even going so far to say that it “helped save my life.”

The first four lines of this modern hymn came to him in a dream during a very dark time of his life. Blake wrote the lyrics of “Sangria” and “Came Here to Forget,” but God gave him the lyrics to “Savior’s Shadow.”

May 2015 was a rough month for Shelton. His marriage with Miranda Lambert was falling apart. According to Shelton, “It became apparent that, you know, things weren’t going to work out with my marriage. We both knew that it wasn’t going to work out.”

One night, overcome by despair, Shelton went to sleep – hoping that tomorrow would be a better day. Sure enough, God blessed him with a dream filled with hope and comfort. Although Blake can’t remember the contents of the dream, he woke up humming the first four lines.

Immediately upon waking, he grabbed his phone and recorded these God-given lines. Throughout the next few days, he found himself humming them. The lyrics “I feel the rain / I hear the thunder / As He cries for me” became a powerful source of comfort as he faced imminent divorce.

Shelton didn’t know what to think of these divine lyrics that seemed to come into his life right when he most needed them. “At first I thought it was that I’m so sad and pitiful that even God feels sorry for me and He’s crying for me. And then I thought, ‘No, it’s just that He’s on this journey with me,” Shelton revealed.

As Shelton gives us a front seat to his struggles over the last few years, we see that just as troubles don’t discriminate between the rich and the poor, the famous and the unknown…neither does God. He is there for any and all who call out to Him – no need to resort to alcohol, drugs, or sex. As Shelton discovered, only God can provide the comfort needed during times of mourning and celebration.

And although the release of this song has left many of his die-hard fans scratching their heads and calling for “Some Beach,” Shelton says that his goal was never to top the charts with this song. “I’m not trying to get a number one song out of this. I just feel like it needs to be shared with everybody. I feel like people need to be aware of this song for whatever it might mean to them,” Shelton commented.

You see, the Bible reveals that God is more concerned about saving souls than about making money and topping charts. Perhaps Blake has realized this and is taking a step back from the spotlight to let God work in the hearts and minds of all who hear “Savior’s Shadow.”

May the last verse of Savior’s Shadow stay with you through the good times and bad: “Though the devil try to break me / My sweet Jesus won’t forsake me ‘ When I’m in my Savior’s shadow … I’m who I’m supposed to be.”