BREAKING
Lay Aside The Old Self
Ben And Jerry’s Staying In Israel, But Founders Aren’t Doing The “Chunky...
Israel Has a New Prime Minister
Home Music Blind, Autistic Man Has The AGT Judges In Tears And Gets The Golden Buzzer

Blind, Autistic Man Has The AGT Judges In Tears And Gets The Golden Buzzer 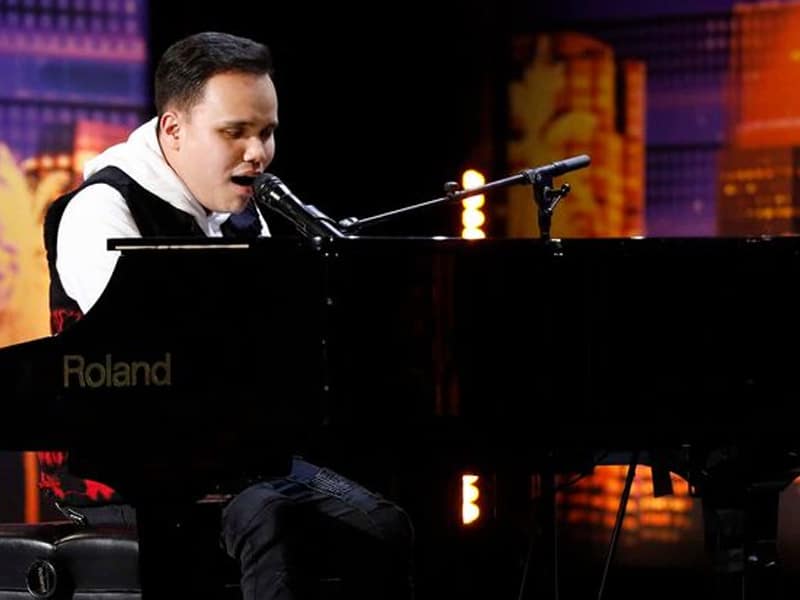 Kodi Lee cannot see but he has the voice of an angel. Watch as he wows the crowd during his America’s Got Talent audition with a performance that moved everyone and had some of the judges in tears.

Kodi, who is 22-years-old was born with optic nerve hypoplasia and is both blind and autistic. He is also a prodigious savant which is a syndrome that occurs most often in autistic patients. It is a rare disorder where mentally disabled individuals have incredible abilities in particular fields like music.

Kodi is one of the most gifted musicians you will ever hear since there are less than 25 people in the world with similar genius abilities.

Surviving a lifesaving surgery at 5-days-old, and being diagnosed with autism at an early age has not stopped Kodi from pursuing his love and passion for music.

Kodi loves any opportuinty to perform. The bigger the audience, the more he loves to shine. Now he has dominated the stage of America’s Got Talent and stunned everyone!

Right before performing, Kodi’s mom Tina Lee was at his side supporting him. She even whispered something to boost his confidence. Watch the video below: As Kodi sits behind the piano and opens his mouth to sing, everyone is surprised! Simon Cowell’s jaw drops in shock at what he is hearing.

Kodi delivered a fantastic performance that had everyone on their feet to give him a standing ovation! First-time judge, Julianne Hough couldn’t stop her tears during his performance. He also received positive comments from the other judges.

“You are wonderful, not only do we feel the authenticity of what you do but you’re a great inspiration and a great talent. It was amazing,” Howie Mendel said to Kodi.

Among all the judges, first-time judge Gabrielle Union was most impressed as she used her only Golden Buzzer for him!

Kodi is an inspiration for everyone! Share this to inspire others!