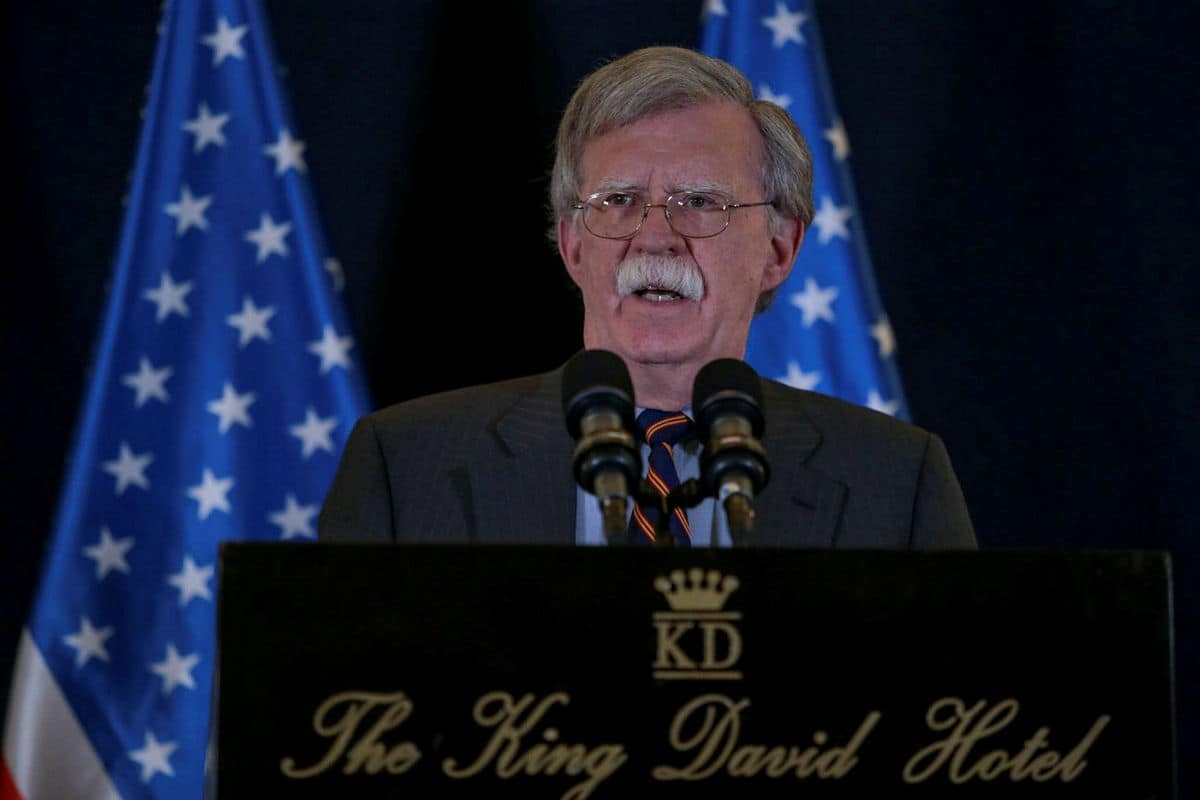 Israel’s strikes against Iranian targets in Syria are legitimate acts of self defense, U.S. National Security Advisor John Bolton said in a press conference in Jerusalem on Wednesday.

“Iran obviously has a strategic plan to create an arc of control through the Shi’ite areas in Iraq and into Syria, linking up with Hezbollah in Lebanon, that’s not something we want to see,”  Bolton said. “Everytime Iran has brought missiles or other threatening weapons into Syria in recent months, Israel has struck those targets. I think that is a legitimate act of self defense on the part of Israel.”

Commenting on the move of the U.S. Embassy to Jerusalem, Bolton said:

“The U.S Embassy ought to be in the capital city with which it is accredited. [Moving the embassy] was the right and natural thing to do, and not an issue of quid pro quo.

“[President Donald Trump] has made the point several times that this issue has been a hang up in the negotiations between Israel and the Palestinians, and as he said last night, he’s taken that issue off the table,” Bolton said in reference to comments by Trump that Israel would “pay a higher price” to the Palestinians after the embassy move to Jerusalem.

“As a deal maker, as a bargainer, [President Trump] would expect the Palestinians to say ‘ok, so we didn’t get that one, now we want something else’, and we’ll see how it goes,”  Bolton said. However, he added, the U.S. “can’t want peace more than the parties themselves.

“I think the real point is that the President did the right thing in moving the embassy to Israel’s capital, and that, in and of itself, brings reality to a negotiation that, honestly, for decades, has been conducted in an air of unreality,” Bolton continued. “In that sense, it’s a big step forward not just for Israel but also for the Palestinians.”

Speaking about the peace plan being devised by the Trump administration, Bolton said: “Work continues on the peace plan. Consultations are underway and there’s no decision of the timing of when the full details of the plan would be announced.

“There have been dramatic geostrategic changes in the Middle East, with the recognition that the Iran nuclear deal has failed and failed badly. And so, that gives the possibility of realignment with Israel by its Arab neighbors that no one could have predicted years before, and I think it’s incumbent on all of us to try and take full advantage of that.”