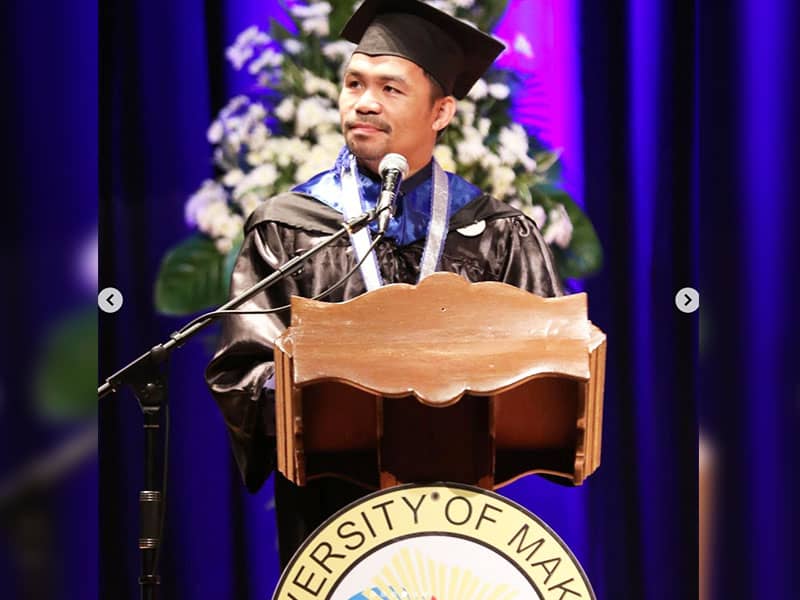 The world boxing champion Manny Pacquiao recently graduated from the University of Makati with a degree of Bachelor of Arts in Political Science, Major in Local Government Administration. 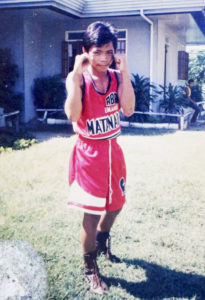 The boxing champ’s life is truly a rags to riches story. As a child, their family lived in poverty. There were days where they had nothing to eat; quite a difference from the privileged and luxurious life they live today. Manny never knew if he’d make it off the streets let alone be a successful athlete and politician. However, God had great things in mind for Many Pacquiao. 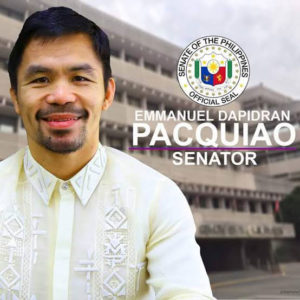 When boxing champion Manny entered the Philippines’ political scene, many people doubted his capabilities. Although he had a heart for the people, many Filipinos were hesitant to put their trust his leadership. One of the reasons was his lack of education. Having a college degree is highly esteemed in Filipino culture.

Today, Senator Manny Pacquiao has surprised his critics by achieving a higher education. He never allowed the criticisms he received in the past to stop him from learning and reaching his goals. Instead, Manny worked hard to finish school in order to lead the Filipino people towards a better nation.

His Heart For The Philippines

It was in February 2007 when Manny Pacquiao took a high school equivalency exam under the Department of Education’s Alternative Learning System. And because he successfully passed, he became eligible to get a college degree. Since then, Manny studied hard to gain the wisdom and knowledge he needed in for a position in government. In an interview with ABS-CBN News, he revealed that he needed it to better understand the country’s situation.

God’s Faithfulness Led To His Victory

And finally on December 11, 2019, the 40-year-old boxing champion graduated from the University of Makati. Manny, along with 400 other students became degree holders. 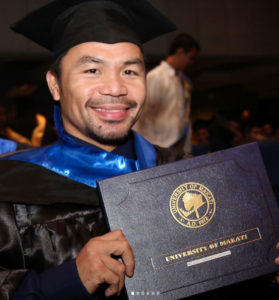 Today, Manny Pacquiao is not only a boxing legend with a heart for the less fortunate, but also a great senator. But above all, he is a man after God’s own heart. A man striving to bring God glory.

For just $100 per month you can bring the gospel to 10,000 homes. Join us as media missionaries! GIVE NOW
VIEW COMMENTS
« Blake Shelton: “I Believe In God Now More Than I Ever Have In My Life” EU Continues to Challenge Israeli Sovereignty, Supports Illegal Construction »