BREAKING
Israel-led Team Solves Mystery Why Lightning Strikes Fewer Times Over The Ocean...
Tourism In The Holy Land Is Soaring Back Up To Pre-Pandemic Highs
Lapid Speaks Directly To Palestinians—Offers Them “Another Way” Out Of The Ongoing...
Home Articles Boy With Cerebral Palsy Bullied For Dressing As Policeman In School; Officers Honors Him

Boy With Cerebral Palsy Bullied For Dressing As Policeman In School; Officers Honors Him 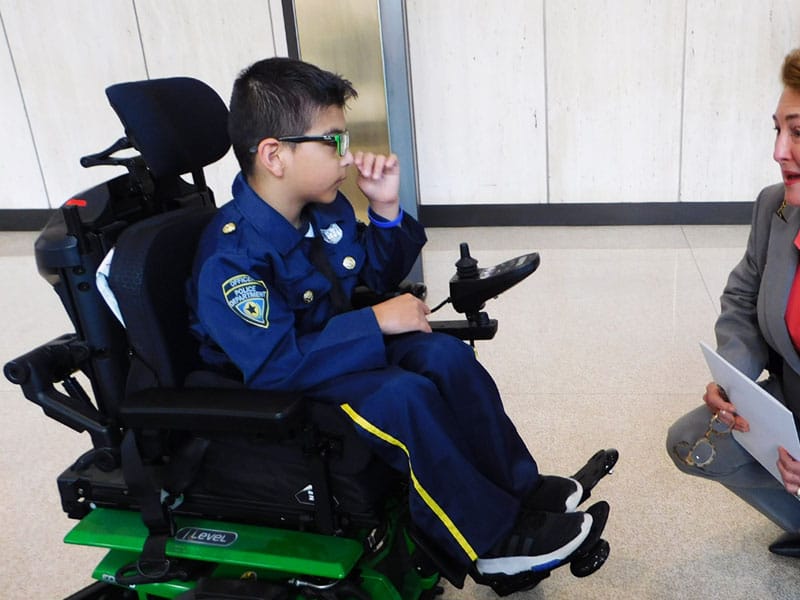 An 8-year-old boy with cerebral palsy was bullied for dressing as a policeman in school. But thank God, police officers stepped in to honor his courage and bravery in facing his bullies.

Michael Martinez, the now popular young boy from Atascocita, TX, inspires many with his story. Apparently, he has cerebral palsy and hence, needs to always be in a wheelchair to be able to move. 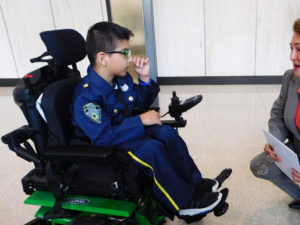 One day, it was career day at their school. Like any other child his age, he was excited and chose to dress himself as a police officer. But at school, some bullies spotted him. They were a group of older students who walked toward him in the hallway and intentionally pushed the 8-year-old out of his wheelchair. But despite the odds, Michael remained calm and stood against his bullies while some friends helped him back to his wheelchair. And it amazed Harris County District Attorney Kim Ogg.

“Michael kept his cool and stayed calm as several students helped him back into his chair,” the attorney said.

“Honorary badges are given to recipients who embody the characteristics required of every peace officer and first responder: courage, strength, kindness, and resilience,” the Harris County Attorney remarked. Authorities gave him “a bunch of badges” and “gifts.”

Moreover, Michael is indeed a hero because he saved his entire family last year from a freeze incident. Even with his disability, he quickly crawled to his parents’ room to wake them up when he heard the carbon monoxide detector going off. It could have cost the lives of all of them inside their home.

Michael’s grandmother also calls him a great blessing to the family.

“Michael saved eight family members during the freeze,” she said. “We’re very, very blessed to have Michael in our lives.”