Time for Unity After Brett Kavanaugh Confirmed to Supreme Court 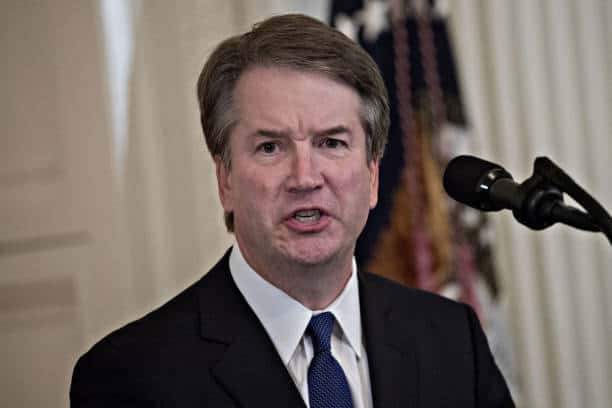 After one of the most divisive Supreme Court confirmation hearings in US history, Judge Brett Kavanaugh was confirmed to the Supreme Court today in a 50-48 vote. Now Christian leaders are calling for the nation to come together and try and find a way forward.

“Blessed are the peacemakers, for they will be called children of God.” (Matthew 5:9)

For many people, no matter whether Republican or Democrat it was difficult to decide who was telling the truth in these hearings. On the one hand we had to consider the credible testimony of Dr Christine Blasey Ford, a professor of psychology and on the other, a Judge with a previously untarnished reputation. How does one come to a conclusion?

In keeping with the rise of the #MeToo movement the claims of Dr Ford had to be addressed, and rightfully so, yet she ultimately failed to convince the Senate majority, to what undecided senators called “a lack of evidence”. The media has reported that both she and Judge Kavanaugh were unfairly treated and both their families have been adversely affected by the publicity.

All the anger and frustration on both sides now needs to end. Judge Kavanaugh will be sworn in and we have to move on from this. Here was a man fighting for his life and a woman who everyone had compassion for. Nobody disputed that she had been through a traumatic experience. It’s now time to let both families heal without further accusation.

Consequently many Christians have been voicing their support for him as they believe He will make a stand for Biblical values in the Supreme Court.

Remember the day when Brett Kavanaugh was nominated by President Trump at the White House on Monday, July 9th, how he stood with his wife and two daughters. The family could never have imagined the trial ahead of them…

A United States Circuit Judge of the US Court of Appeals for the District of Columbia Circuit Judge Kavanaugh has already served as a high ranking judge for 12 years. Also, he is no stranger to the White House, having served as Staff Secretary for George W Bush and has taught at both Harvard and Yale Law Schools.

His political opponents fear his stance on many issues including abortion and gay rights. However, Kavanaugh has promised to keep an open mind.

“I believe that an independent judiciary is the crown jewel of our constitutional republic,” he said. “If confirmed by the Senate, I will keep an open mind in every case, and I will always strive to preserve the Constitution of the United States and of the American rule of law.”

Pray for Judge Kavanaugh and family

“Congratulations to #SCOTUS Justice Brett Kavanaugh! He didn’t deserve to be treated the way he was in this process—no one deserves that,” wrote Franklin Graham, head of the Billy Graham Evangelistic Association (BGEA).  “I’m thankful that God overruled. Let’s pray for him and his family in this critical appointment. I’m confident he will do a great job.

During the hearings Dr Michael Brown questioned whether the treatment of Judge Kavanaugh was A Wake Up Call for the Church. Following his confirmation Dr Brown writes on the Healing a Fractured Nation.

What do you think this is going to mean for the future and direction of America? Please share your comment below.