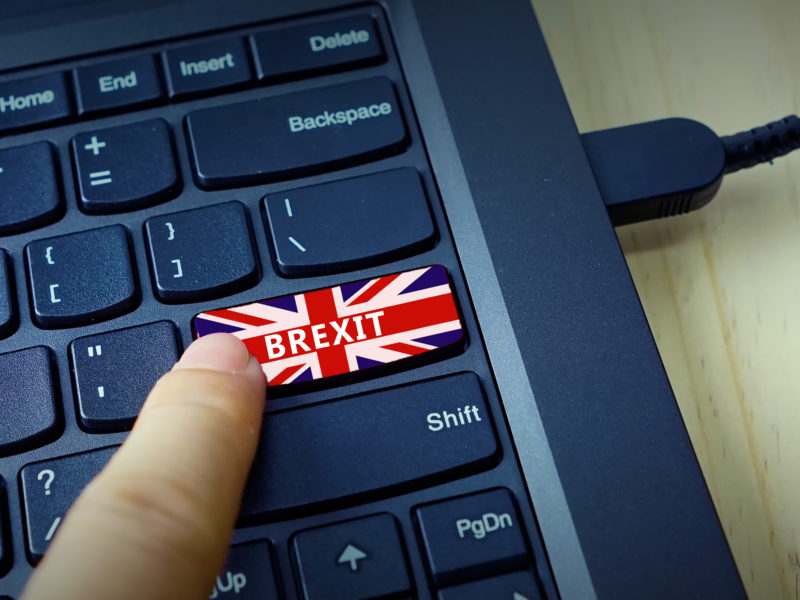 Brexit: What are intercessors praying and prophetic voices saying?

Have you ever been in that embarrassing position where you have attempted to button up your coat and as you reach the last hole you suddenly realise that there is a button left over? There follows a lightbulb moment, a realisation that you started in the wrong place. You look around to ensure that no-one has seen your coat looking a little skew-whiff and quickly undo all the buttons, starting again this time by placing the right button in the correct hole!

Similarly there seems to be continuing confusion surrounding the ‘Brexit Button’. Is the triggering of Article 50 by the British Government in the best interests of the UK? Or will everything go a little skew-whiff when Prime Minister May metaphorically presses the ‘Brexit Button’ this month?

Commentators yearn for the benefit of hindsight. In five, ten, perhaps twenty years’ time they say it will be possible to look back and have a better idea about whether the UK set sail in the right direction by leaving the EU. Various ‘experts’ are currently warning of dangers that lie ahead. They fear economic decline and isolation for a UK adrift from the EU, and so urge a reversal of the outcome of the 2016 referendum to save us from an ‘inevitable ship-wreck’.

Today, God has given the gift of prophetic insight to His church so that we shouldn’t have to wait five, ten, twenty years to see whether we’re on the right path. Careful consideration of prophetic voices should be able to help the church clearly see whether the UK separating itself from the EU is a good thing…or perhaps even a ‘God-thing’!

‘…if the trumpet does not sound a clear call, who will get ready for battle?’ (1 Corinthians 14 v 8)

The referendum result was split 52%-48% in favour of leaving the EU. However, amongst prophetic voices and intercessors, there seems to have been a much clearer consensus. There was an overwhelming number calling for, and indeed praying for, the UK to come out of the European Union.

Standing in the Gap

It’s quite telling to note where intercessors could be found at the time of the referendum in June 2016. They were standing in the gap in a mighty battle for this nation. Many had joined together in small groups up and down the UK to pray that God release us from this ungodly alliance with the EU.

In addition, many prophetic voices echoed the words of Jesus in Revelation 18:4 to ‘come out of her’, which seemed remarkably relevant in light of how the EU Parliament building in Strasbourg was purposely built to resemble the infamous Tower of Babel as described in Genesis 11.

Given that the United Kingdom is built on the foundation of Judeo-Christian principles, exemplified in the Coronation Oath, prophetic voices were asking, ‘How can it possibly be a good thing to continue in an alliance with such a godless institution with very different founding principles?’

The concept that Brexit is somehow part of God’s sovereign plan, for the UK to be a tremendous blessing once again to the nations, can be quite a challenging one. It may indeed lead us to a place of having to undo our own thinking about Brexit and re-align our understanding with God’s Word.

To give a clearer picture, Richard Barker has helpfully compiled the words of numerous prophetic voices that have spoken out about Brexit. You may like to take some time to explore various articles on his website entitled ‘Richard’s Watch’.

Upon careful consideration of all these prophetic insights, it becomes clear that God is doing a new thing in our nation at this time that echoes the words of Isaiah 43 vs 18-19:

“Forget the former things, do not dwell on the past.  See, I am doing a new thing! Now it springs up; do you not perceive it? I am making a way in the wilderness and streams in the wasteland.”

Of course, all prophetic words must be tested and weighed but it is striking that an overwhelming number of prophetic words warn of the dangers of remaining part of the European Union and give words of hope for the United Kingdom as it sets out on this new pathway.

There are many analogies that can be drawn from the story of the Israelites and the great exodus from Egypt. There was much grumbling. They were fearful of what the future held. The people seemingly walked round in circles for years. Their pathway ahead was unclear.

However, God was with them. As they set out on their journey in faith, He provided for them in the desert place. There were even one or two surprises along the way. Eventually, in the mystery of His Sovereignty, God made their pathway very clear as indicated in Psalm 77 v 19:

‘Your path led through the sea, your way through the mighty waters, though your footprints were not seen.’

When Joshua took over from Moses, in effect God instructed Joshua to keep his eyes on Him since the people had ‘never been this way before’ (Joshua 3 vs 1-5). They were instructed,

‘Consecrate yourselves, for tomorrow the Lord will do amazing things among you.’

Then the priests stepped out in faith and stood in the gap allowing the people to miraculously cross into the Promised Land. Likewise, let’s not just stand in the gap for the United Kingdom at this time but also for the rest of Europe and the international impact of Brexit. As Dave Chapman pointed out in his recent blog:

… at certain times in history – and perhaps now also, and forwards – it is vital the church gets to prayer to see that not only God’s purposes are done in a Nation, but that the leadership is right for Him to be able to move by His Spirit effectively in our lands, without His work being snuffed out before the fire really catches!  So, our goal through prayer for these governmental changes is to see God moving by His Spirit to restore Godly things in our lands, and for His name to be lifted high.

As Article 50 is triggered, the pathway may seem unclear. We may not know all the answers or outcomes but we can proceed with a confidence that God is in this, sovereignly working out His plans and purposes. As the Christian community, let’s take a stand and intercede for our land. Let’s pray that our leaders will have the ‘Wisdom of Solomon’ in their negotiations and decisions.

Like Joshua, let’s seek God’s opinion, pray in faith, consecrate ourselves and be utterly amazed by what God will do in and through our nation. As God promises in 2 Chronicles 7:14, if His people humble themselves, pray, seek His face and turn from their sinful ways…He will hear from heaven, forgive our sin and heal our land.

Church…we’re called to action. Our land is desperately in need of healing and hope. It’s time to re-align. Let’s rise up…and it starts with getting down on our knees!

For just $100 per month you can bring the gospel to 10,000 homes. Join us as media missionaries! GIVE NOW
VIEW COMMENTS
« What’s it like being a Christian at a fast-growing tech startup? GOD TV Distribution Update 2017: With God, Increase is Always on the Way! »